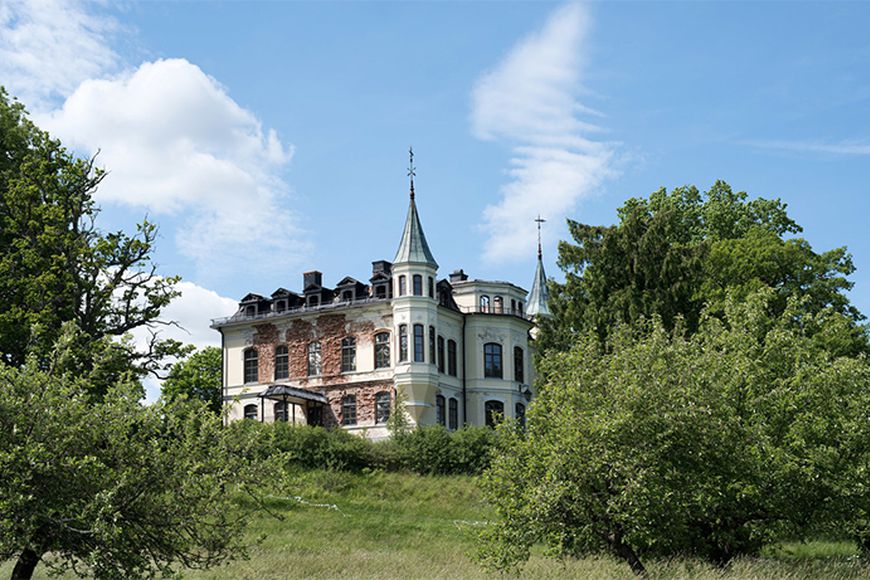 €370K costs Swedish Hägerstads castle, built in the 19th century. It is located close to Stockholm (2 hours away) on the shores of picturesque lake Windomain.

On the territory of castle is situated the tomb of its first owner – Hugo Badger. They say that in old age he spent a lot of time in England, where he built a copy of his Swedish castle. Besides the main building there is a garden, meadows, a few residential buildings. Because the castle does not have a high historical or cultural value, its new owner will easily be able to demolish the mansion and build something new.

Five years ago, after the fire, the mansion became not suitable for life. The interior of Hägerstads almost did not survive, although from the street the castle has quite a decent view. That is why the seller has assigned such a low price. For €370K in Stockholm you can purchase only one-bedroom apartment.