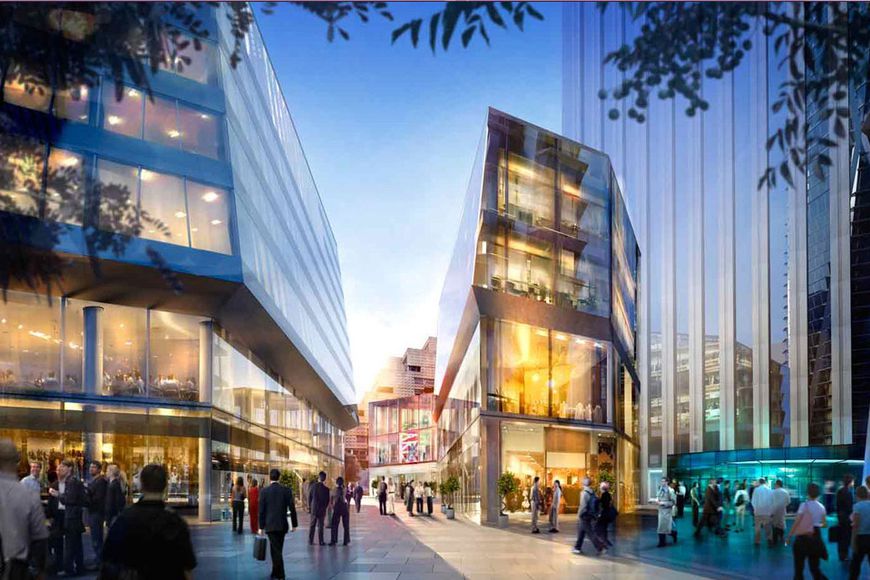 Russian real estate developer Hermitage plans to build The Hermitage Plaza complex that will make Paris better than London. The project worth €3 billion will be built on the outskirts of Paris and should take away the London skyscraper The Shard from the rank of the highest European skyscraper, according to ee24.com.

The complex in the French capital will consist of two 320-meter towers in La Défense business district, which is located 11 metro stations away from Notre Dame. The buildings will host luxury apartments, offices and a five star hotel. Thus, the complex is higher than the 310-meter-high The Shard in London, and the only taller building in Paris will remain the Eiffel Tower. 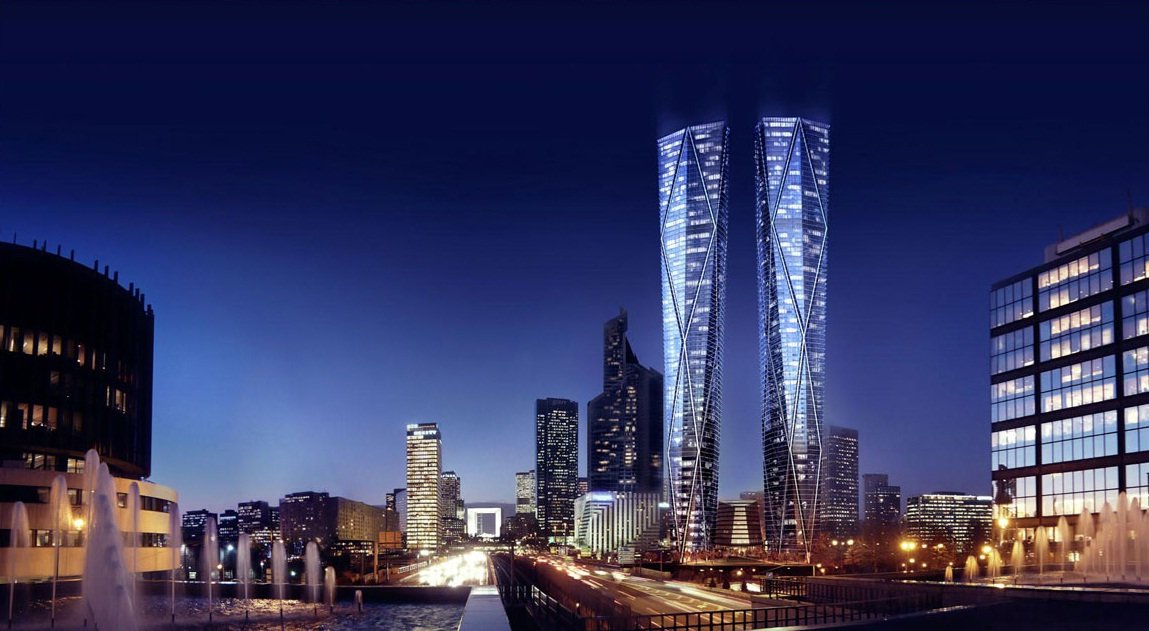 "You can see the tower from anywhere in the city. We are going to reach financial agreement till the end of the year and proceed with the project later this year," said Emin Iskenderov, 37, CEO of Hermitage.

This will be the first multipurpose skyscraper in France. Construction will begin coinciding the declining housing prices and rental rates across the country. The French economy is unlikely to grow in 2013 during the European crisis, the budget deficit and the consistent increase in taxes. 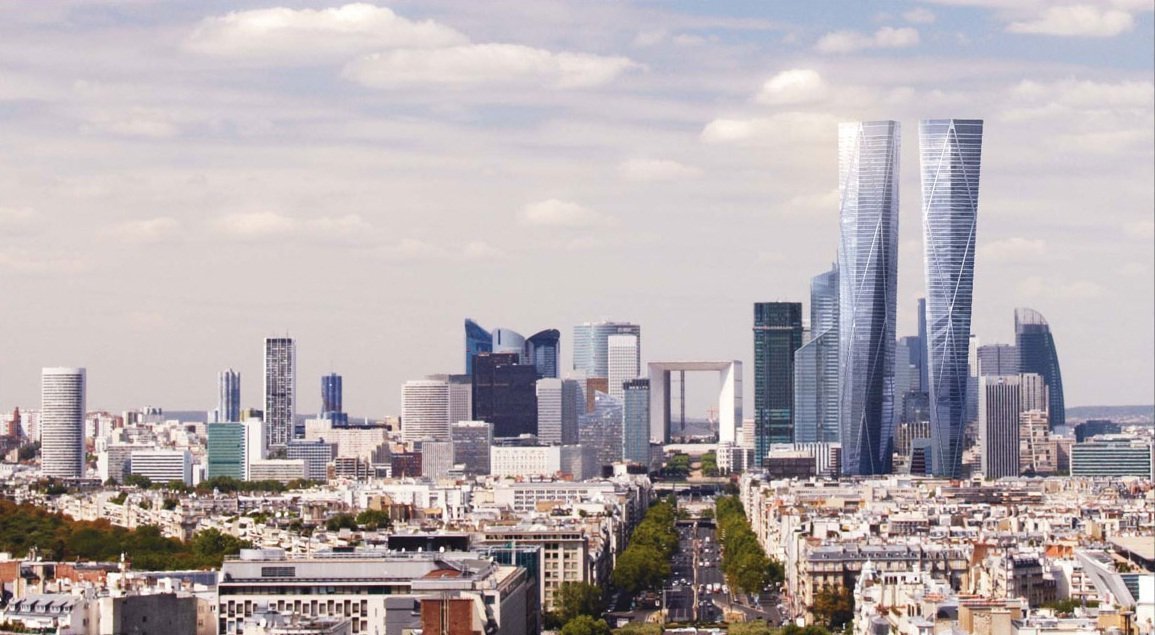 "In hard times, not everyone would dare to begin a similar project," said Olivier Gerard, head of the firm Cushman & Wakefield France. "Construction of a skyscraper - it is always a risk associated with higher costs for the safety of the building."

By the way, in 2010, architect Jean Nouvel, due to the lack of investment abandoned his plans to build 301-meter Signal Tower in Paris, where also had to be offices and apartments.

Russian investor Emin Iskenderov is confident of success, and gives examples of towers of that kind in Asia and the Middle East. Multipurpose skyscrapers are in great demand in China, the U.S. and Dubai. Alexander Kraft, chairman of Sotheby's International Realty for France & Monaco, believes that Iskenderov might be right. 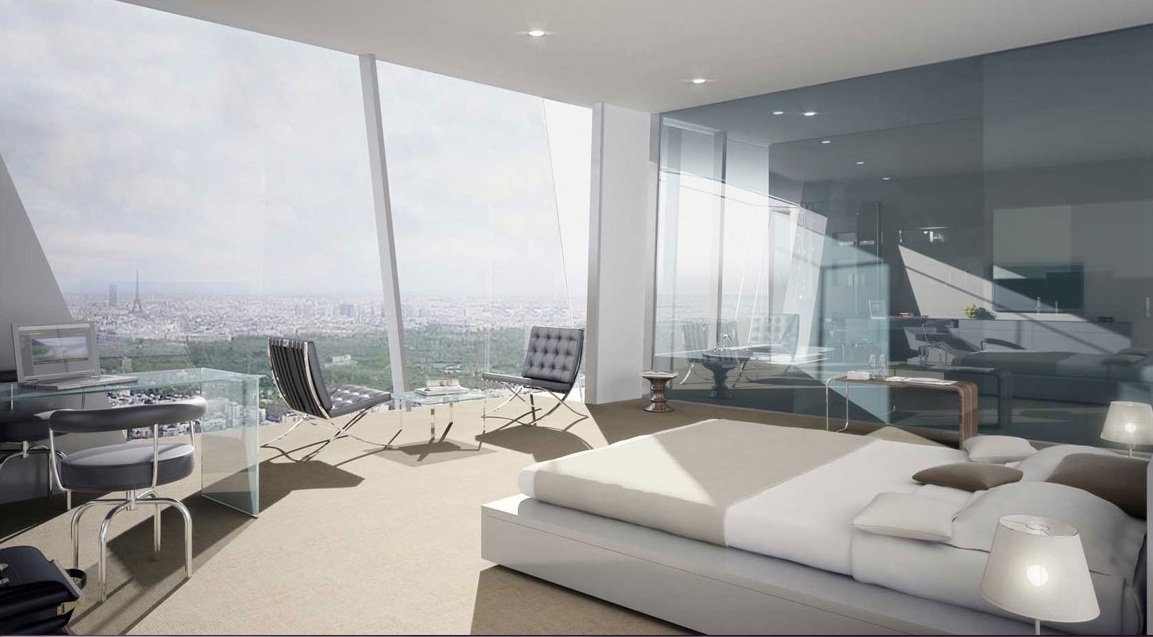 "This complex will offer services that are just not available on the Paris market at the moment. Owners of property would have access to a wide array of hotel services such as maid service, room service, etc. If it works, it can initiate the creation of a new market. But it is necessary that everything was done correctly. Just try to imagine the gorgeous views of Paris that will open from the windows of these buildings," said Alexander Kraft.

The Hermitage Plaza complex will consist of two towers consisting of 85 and 86 floors respectively. Construction is scheduled to be completed by early 2019.

The company Hermitage in March 2012 received the permission to build two skyscrapers overlooking the Seine and four smaller buildings. Will be built 165,000 sq.m. apartments, 40,000 sq.m. of offices and 40,000 sq.m. of shops and restaurants.

Hermitage will invest €853 million, as well as attract thge investment funds of Russian state-controlled Sberbank. The sale of 180 sq.m. penthouses, each of which costs about €3 million, will cover the remaining costs. The company is also in talks with three leading hotel chains and plans to choose the right one by the end of the year.

Iskenderov himself believes that the Paris market of elite housing is poor in comparison to the markets in London, New York and Miami. Therefore, he does not doubt the success of his enterprise. 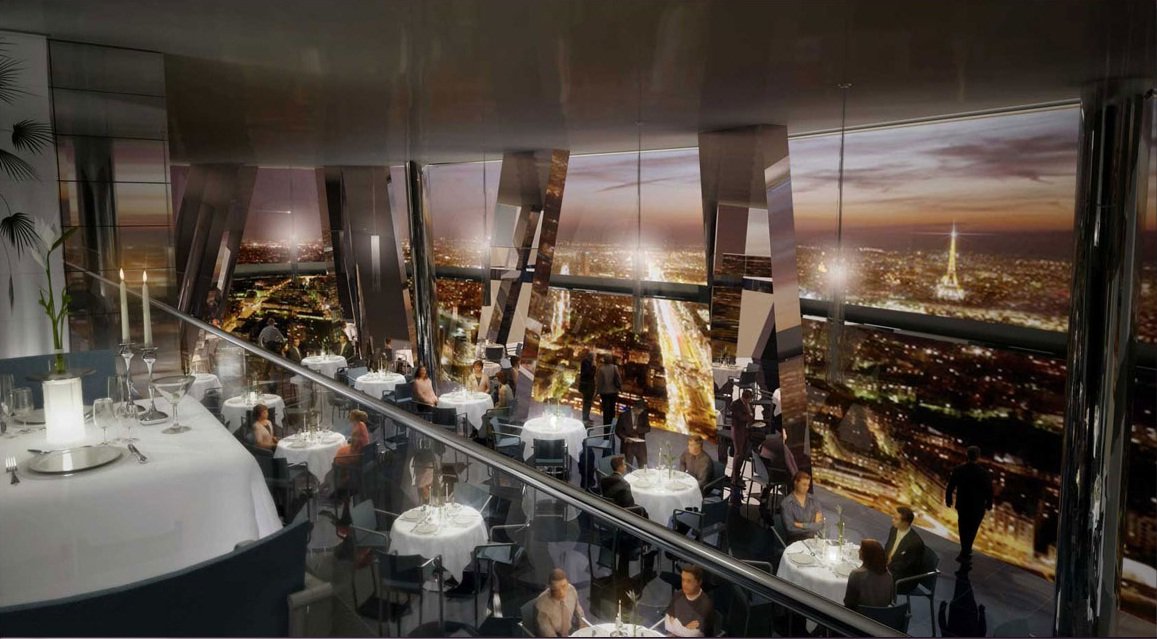 The average price of apartments in Neuilly-sur-Seine, an elite residential area not far from the La Defense, grew by 2.9% in the second quarter compared with the previous year, amounting to €9,320 per sq.m. In the 6th arrondissement, the most expensive in Paris, the average prices decreased by 8.8% to €12,000 per sq.m.

Vacant office space will be reduced in Paris by about 20% this year. Free areas stood at 7.8% in Greater Paris and 12% in La Defense, which was 422,136 square meters of free office space at the end of the first half.

Text: Based on Bloomberg