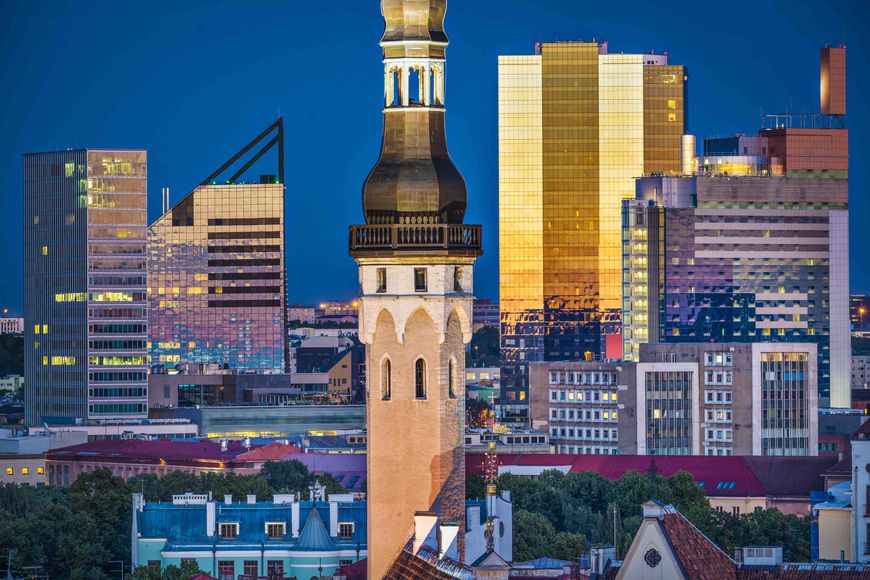 One of the characteristics of Estonian real estate market is the variety of offers. In the Old Town region of Tallinn the cost for one square meter can be up to €4000. On the other hand, in small settlements, in the province, the prices drop to €50 per square meter. Because of the fact that Estonia is a very compact European country (its diameter from West to East is only 220 km), the most and the least expensive properties are spread only 150 km away from each other. To learn more details about the Estonian real estate market, we will turn to Sergey Gorlach, the director of the company “Trianon Grupp OU”.

The sector of Estonian market requiring the least budget are properties in small towns, which were the location for industrial factories in Soviet times. After the dissolution of USSR many establishments were no longer needed by anyone. There was no alternative to the industry, so the majority of the population moved to bigger cities or abroad, which was the cause of these properties dropping on the lowest price level. The most classical example of this is Kohtla-Järve. Currently, the one-room apartments in this city are sold for an average of €4000, and sometimes even less. It is possible to find a studio flat in a small town by the sea for only €6000-€7000.

In Tallinn the average prices of regular living areas fluctuate between €1000 and €2000 for 1 m2, depending on the location, year of construction, and the building’s condition. In the Old Town of Tallinn the prices rise up to €4000 for 1 m2.

The city of Narva, situated on the border with Russia and 140 km away from Saint Petersburg, is home to about 60 000 people; it is the third city with the biggest population in Estonia. 96% of the residents are Russian-speaking, and over 36% have Russian citizenship. Apartments in Narva sell for €340 - €1000 for square meter.

Narva-Joesuu is a city 155 km away from Saint Petersburg. New buildings cost €1500 for one square meter, secondary buildings – an average of €800 for square meter. The price for stand-alone houses in this region can reach €400 000. The yield of earnings for commercial estate varies from 5% (Old Town, Tallinn) to 10-12% (province). The securely high demand for commercial properties is constituted by a number of advantages offered by this small country.

Many Russian companies are successful in using Estonia as a means to look into Europe. There is a popular scheme: a company opens a branch in Estonia, manufactures their products from scratch (or finalizes the production there) and sells it to the European market under the “made in Estonia” branding.

There is a demand for warehouse surface area among international companies. The local tax law allows for third-party deals which makes it easier for corporations to do business abroad. Apart from that, Estonia’s law doesn’t impose an income tax for legal persons. There is no separate tax fixed for estate in Estonia, there is however a land-tax applicable to owners of houses, country-houses and land plots. A building with many flats stands on a piece of land. If, however, the land-tax, distributed among the flats amounts in less than €5, it is not in force.

Due to the fact that the cost for land in cities like Narva, Narva-Joesuu and Kohtla-Järve is not high, the apartment owners are not required to pay a tax. For instance: the annual land-tax for a plot with an area of 1500 square meters is a sum of €40 - €45. Estonia unforces a law that persons who are not citizens of the country are not permitted to buy houses, country-houses and land on the cross-border territory. Nonetheless, there is a possibility to buy such facilities through registering a legal body.

When purchasing real estate by a natural person, the purchaser and the seller are obliged to sign their contract in the presence of a notary. All responsibility for the agreement in Estonia rests on the notary. The original of the contract is permanently kept by him, the parties receive copies.

As soon as there is some kind of notarial activity in connection with the facility, the register changes its status to suspended. This prevents any unlawful re-selling. As a rule, the purchaser and the seller are notified about changes made in the register in the course of 4-5 days.

Expenses tied to the purchase Currently, there is no law-imposed regulations for enterprises in regards to the salary, number of vacancies etc., for registering permanent residency. The Estonian government defines the number of permanent residencies to be granted yearly. Each application is considered separately and compared to the others. Therefore, the higher the salary, the more jobs are supplied by the company, the bigger the business - the more there is a chance to become a permanent resident.

In other words, permanent residency should support the business, not the other way around. If during 2 months from filing in the application the “entrepreneur” has still not registered his company, has not rented an office and hired employees, the reasons for creating this “company” are more than clear to the migration service workers.