The weirdest skyscraper of Spain is for sale 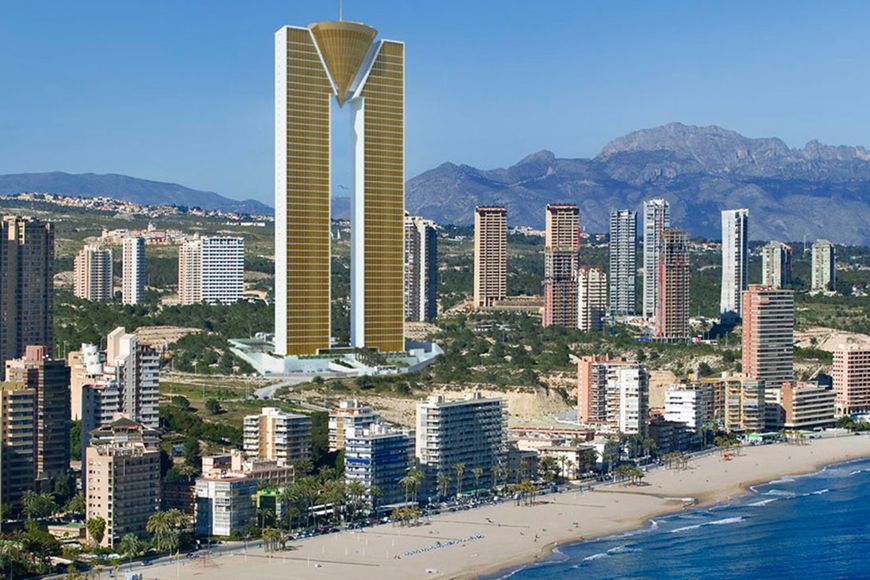 Skyscraper of Benidorm was supposed to be the pearl of the Costa Blanca (though there wasn’t the unique opinion of its art value), but instead turned into a bone of contention and a symbol of economic collapse. The twin towers of 200 meters, interconnected with gold inverted ziggurat, are for sale at auction.

Construction of the skyscraper was started in 2006. It was supposed to be the tallest residential building in Europe, with a minimum value of the apartment (one bedroom apartments) - € 358 000. However, the target date (2009), the construction was not completed, and the contractor Olga Urbana went bankrupt with a debt of more than € 100 million and then ceased to exist. Unfinished residential complex with 269 luxury apartments from 2013 belongs to the bank Sareb, specializing in "hard" assets. At the end of 2015 it was finally issued a court order, according to which the unfinished skyscraper can be sold to offset losses. Bidding will begin in January of this year, applications will be taken within four months. The starting price is not specified, but the total cost of the complex is estimated at more than € 90 million.