Spain builds most of all skyscrapers during the crisis 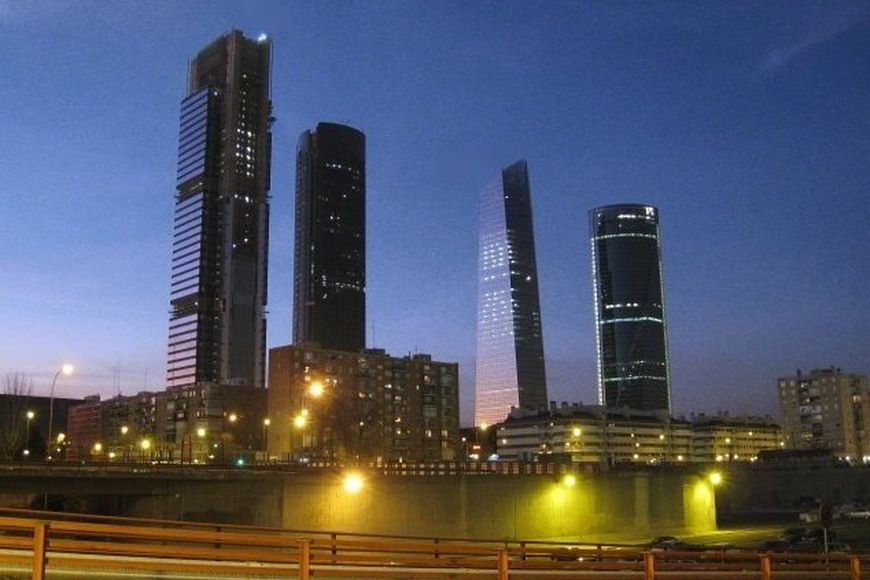 Spain is the leader by the number of completed skyscrapers which height exceeds 140 meters construction during the years of crisis. For five years in the country of bullfighting and beautiful football seven houses of this type have been built and the total cost of completed buildings is €1.5 billion, according to ee24.com citing Idealista.

In Madrid solely was built more skyscrapers than in France and Italy. In particular, the Cuatro Torres complex was built, that consists of four office towers, which are the tallest buildings in the country. The cost of the tallest tower Caja Madrid (250 m.) is €815 million.

In the photo: Iberdrola tower

Another leader in the construction of skyscrapers is Benidorm, where the towers Lugano (158 m., the cost of apartments starts from €136,000) and Kronos (145 meters, the cost of apartments starts from €194,000) were built. In 2011, in Bilbao Iberdrola (165 m.) skyscraper was built. All in all, Spain has already finished 12 skyscrapers, and in the coming months, this number is going to multiply by two new buildings: Intempo in Benidorm and Cajasol in Seville, with the height of 200 and 180 meters respectively.

In the photo: Lugano tower

Most of all high-rise buildings are in Valencia, where are 28 houses above 100 meters. In Benidorm there are 25 buildings with 30 floors and above. Then comes Madrid (14 ) and Barcelona (8). These numbers will only grow as four skyscrapers are under construction, five are designed, and the construction of 4 is frozen.

In the photo: Cajasol tower

Recall that ee24.com wrote about the troubled skyscraper in Benidorm, where they forgot to build the high-rise elevator.