It couldn’t be scarier. The ugliest buildings in Spain 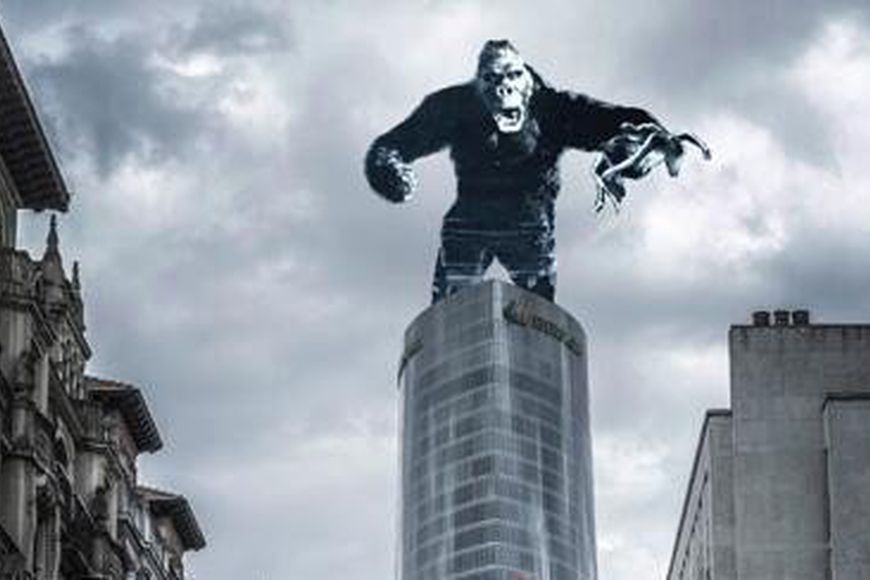 The Spaniards are not averse to smile during the crisis and work out the creative rating. Readers of well-known real estate site Idealista responded to the call asking to send to "Editor’s office" the ugliest buildings they know, for organizers to choose 13 ugliest objects in Spain. In the anti-rating are famous skyscrapers from Madrid and San Sebastian, cultural and educational Forum on the Barcelona beach, and more. According to the authors, they followed in the footsteps of the British The Telegraph, that once made a rating of 30 ugliest buildings in the world. 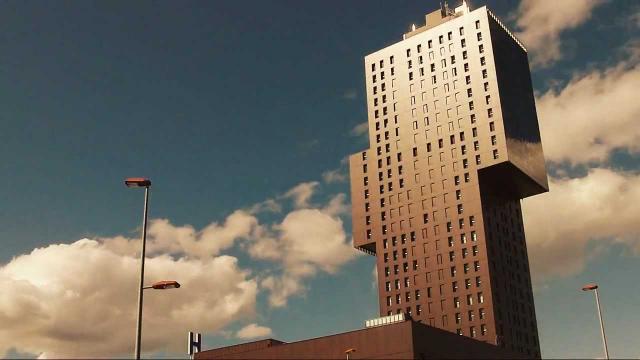 30-storeyed skyscraper "Rosaleda" (literally means the "rose garden") was built in 2009 and with its 119 meters in height became the tallest building in the Spanish region of Castile and Leon. 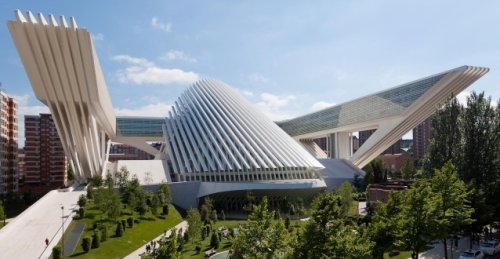 Congress Palace (architect Santiago Calatrava from Valencia) was built instead of the former "Carlos Tartiere" stadium in 2003-2011 with great difficulty and cost the treasury €360 million. Mobile roof in a form of white steel dome 45 meters in height, originally was designed to be extendible, but in the process of building it had collapsed and preliminary plans were abandoned. The roof does not move as well as doesn’t Calatrava company, which is obliged to pay €3 million of material damage to the government of Oviedo.

Creation of residential building in the south- west of Barcelona was long and problematic. Due to lack of money the project of Ricardo Bofill’s architectural bureau (who is a well-known postmodernist) was implemented in period of 1973-1995. The name comes from the novel-utopia "Walden 2" written by B. Skinner. The construction process was really utopian: the building had been proposed to become a maze of three blocks surrounding a common patio, but only one block was build. 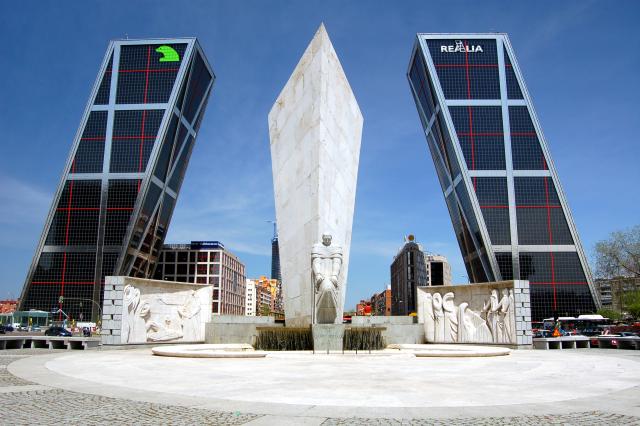 Famous 26-storeyed "Gate of Europe" consists of two twin towers 114 meters in height, that are inclined to each other at an angle of 15 degrees. The name of the Kio skyscrapers comes from the project’s investor company – Kuwait Investments Office (KIO). 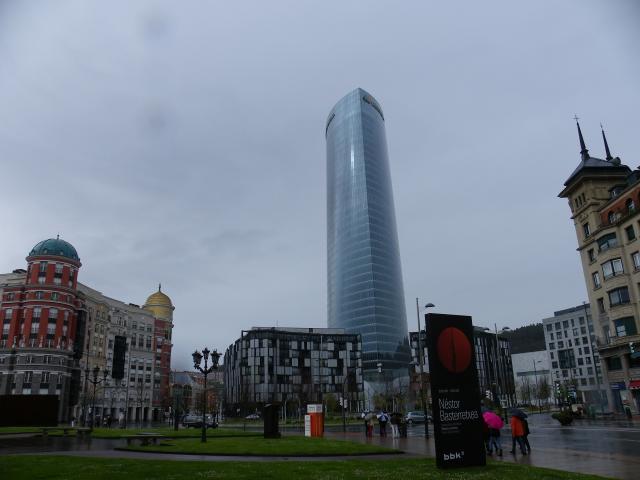 Isosceles triangle with slightly rounded sides spoils, according to locals, skyline of the capital of the Basque Country. Iberdrola skyscraper was built in 2007-2011. Its height is 165 meters and it has 41 floors and area of 50 000 sq.m. 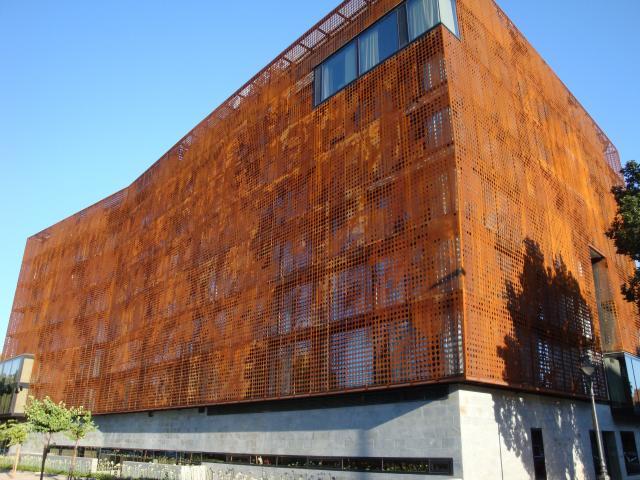 Hotel Córdoba Palacio for its "golden" color is called by the Spaniards the "rusty hotel". The facade is covered with perforated iron. 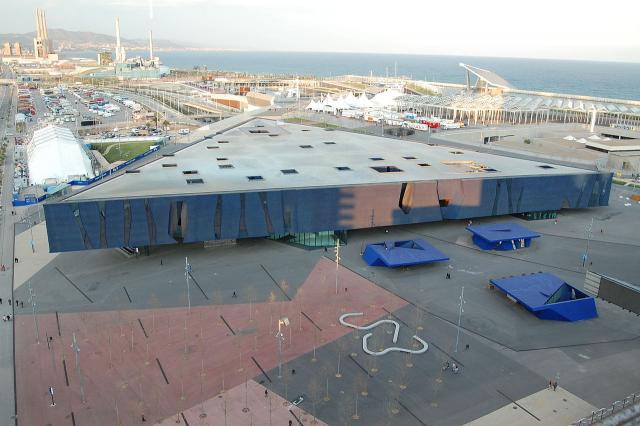 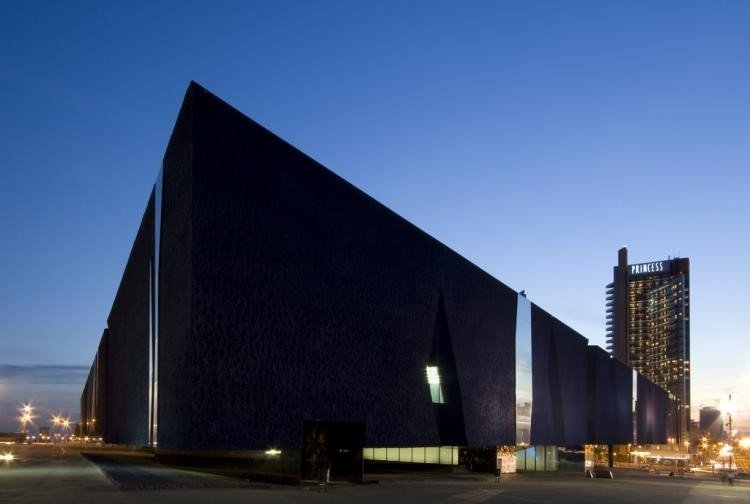 "Cultural" complex, currently known as the Blau Museum, was built for the World Cultural Forum 2004, taking place in Barcelona. Unusual building was built in form of an equilateral triangle, its each side length is 180 meters, and height is 25. Today building is still a place for cultural enrichment: in "Forum", consisting of two buildings (second is not pictured) connected by underground gallery are regularly held exhibitions, congresses and various cultural and educational activities. 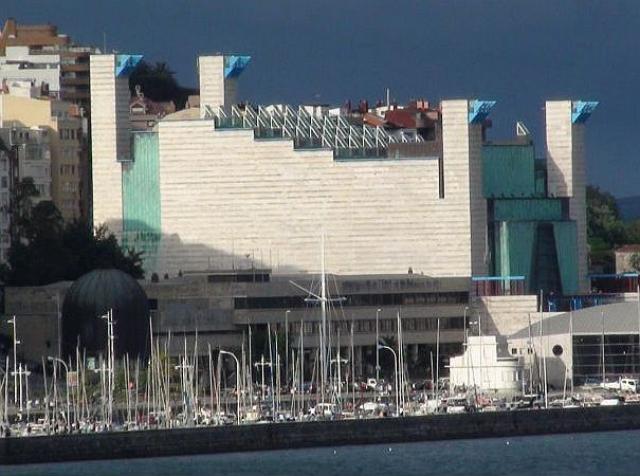 If abstract a little and look at the Palais des Festivals in Santander, you can see the dog lying paws up. So say the locals. The Palace opened in 1991 and was the subject of public debates. It is still not clear how much was stolen during the construction of this building; the budget had been increased almost in seven times up to 7,000,000 pesetas (approx. €42,000 at the rate of 2002, when the pesetas went out of use). Customers complain about the lack of natural light inside, strange passages to the ground under the stage and to the lack of space between the seats rows. 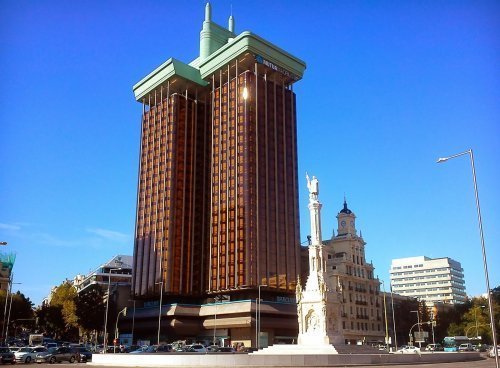 23-storeyed twin towers in Madrid, known as the "socket" and "Rumasa towers" (previously they housed the headquarters of the same named company). Buildings consist of concrete frame and are 116 meters in height. 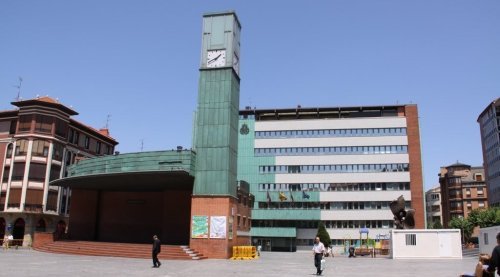 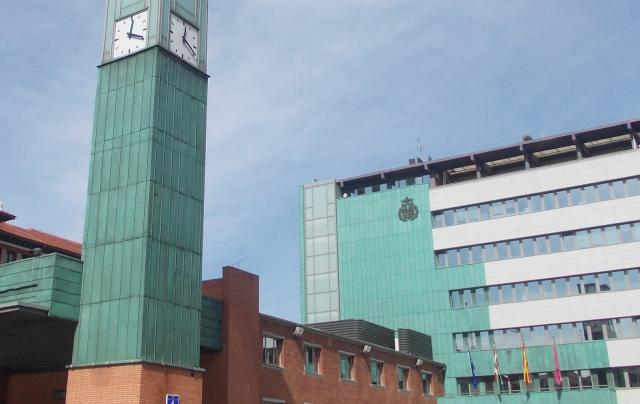 Barakaldo City Hall building (Bizkaia province) was built in 2009. On the facade are elements of aluminum, stainless steel and sandstone, made in different formats and pumicate surfaced. 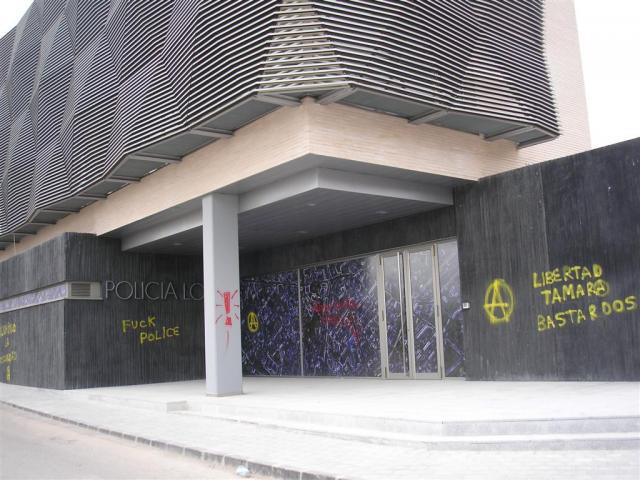 Oh, the Spaniards are not fond of the police. Police and civil protection barracks service were built for €2 million in 2010 and became the subject of controversy among the locals, as well as the object of bullying. 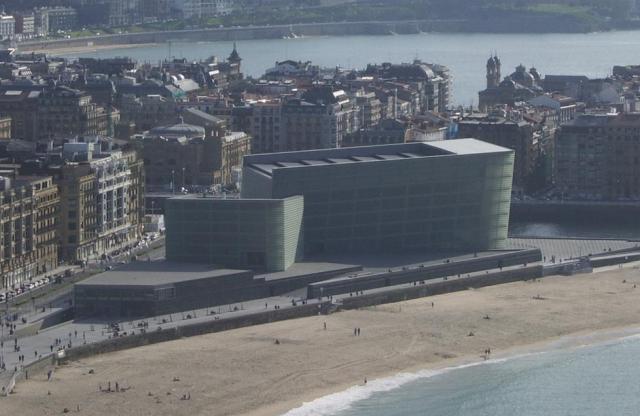 Large concert hall on the shores of the Atlantic Ocean is better known among the Basque people as the "Cube". Since 1999 there is being held Film Festival in San Sebastian. Project Architect was Rafael Moneo. 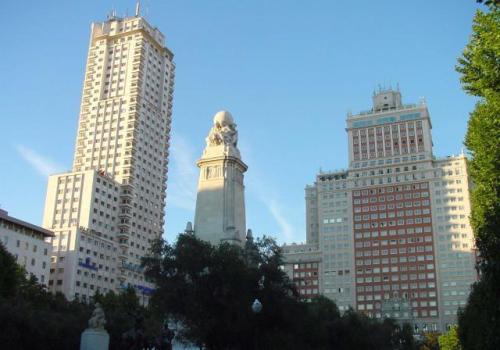 "Madrid Tower", 142 meters in height was erected in 1954-1960 and for a long time was the tallest concrete building in the world. Here stayed actress Sophia Loren, during the filming of "El Cid" and it recently became known that the Metrovacesa company decided to sell luxury duplex on the 32nd floor of the "Tower of Madrid" for €3.5 million and another 49 apartments, located from the 10th to 14th floors. They could be bought several times cheaper – from €400,000 up to €825,000.