How much is the housing near the stadiums of best Spanish football teams? 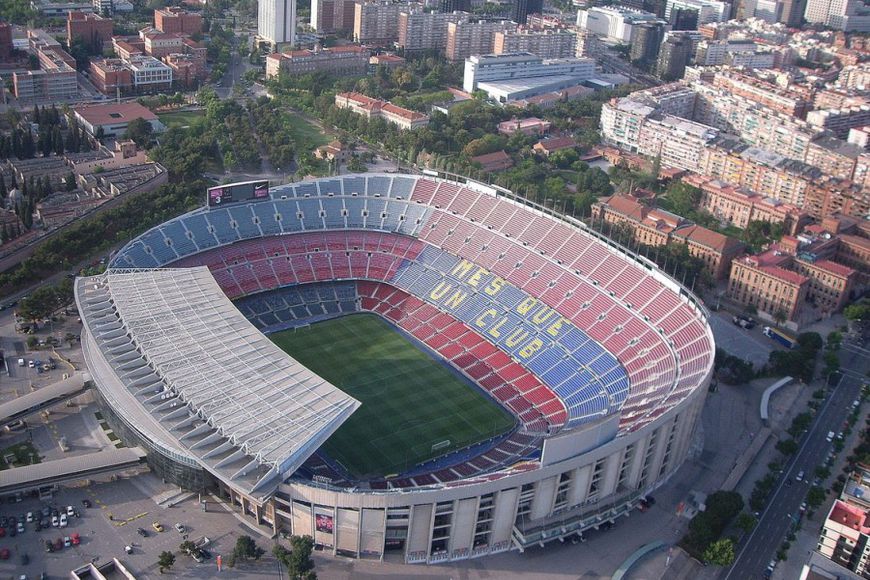 Spanish football championship has always been considered one of the strongest in Europe, and so on stadium attendance it will give odds to many others. Portal ee24.com decided to find out how much you'll need to pay for settling down near the home arena of the most popular clubs in Spanish Primera.

This city in the Basque Country is famous for the exceptional love of the native inhabitants for the club "Real Sociedad." Every twelfth resident of the town with a population of 185 thousand people regularly attend the stadium Estadio Anoeta, which can accommodate 32,076 spectators.

Sports Arena of the "white-blue" is in pretty prestigious Amara district along the banks of the river Urumea. Studio of 20 m² in two steps from the stadium on the street Isabel Hiribidea will cost €87,000. This is the minimum price at which you can buy a house in the area. One bedroom apartment of 60 sqm on the Sagrada Familia Kalea will cost €300,000.

Luxury apartments in the area are worth an average of €500,000 to €1.5 million, for example luxury two bedroom apartment of 300 square meters on the area of De Pio XII Plaza in two bus stops away from the stadium will cost €1,450,000.

The average property in Amara is €450,000. Earlier ee24.com wrote that the province of Guipúzcoa, the central city of which is San Sebastian, was recognized as the most expensive region in Spain. 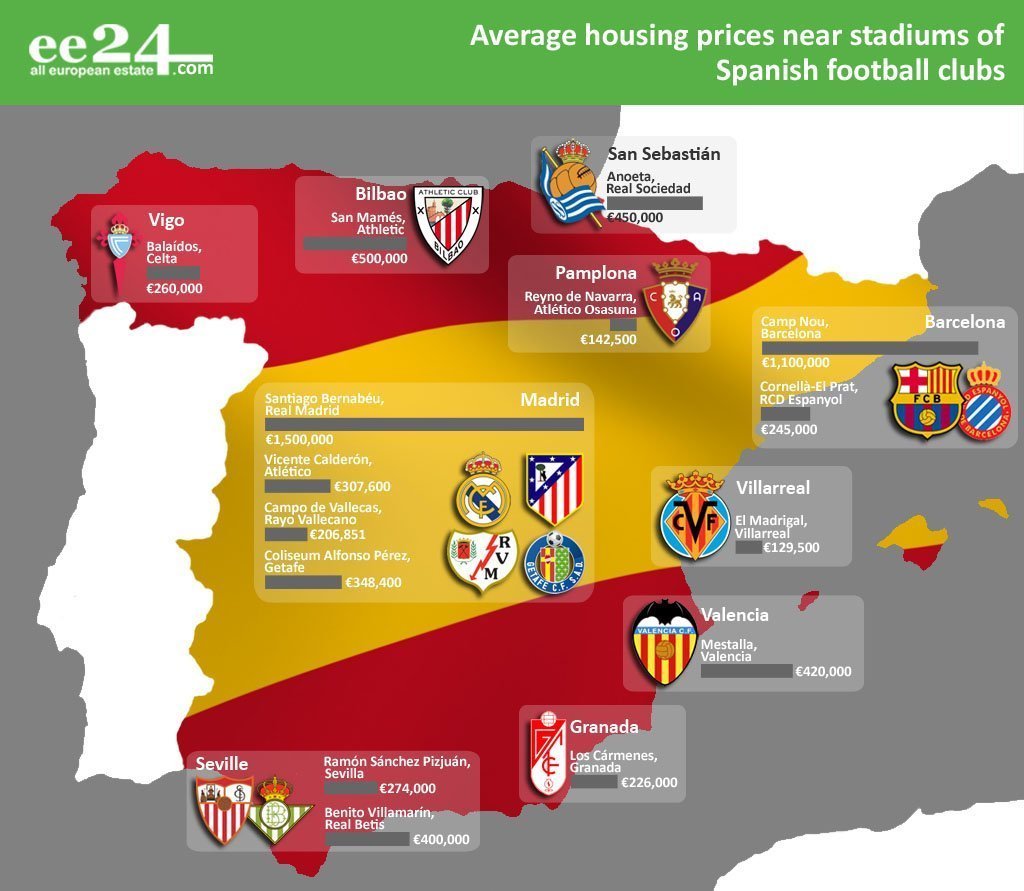 In the second place on the citizens love for their native club stays Bilbao, where one in ten of the 353,000 inhabitants of the city visits the home pitch of the "Athletic" - the stadium Estadio San Mamés. Arena with capacity of 39,670 people is located in the central area Indautxu and is almost next to the walls of the houses of two quarters of the area. The average property price here is €500,000. 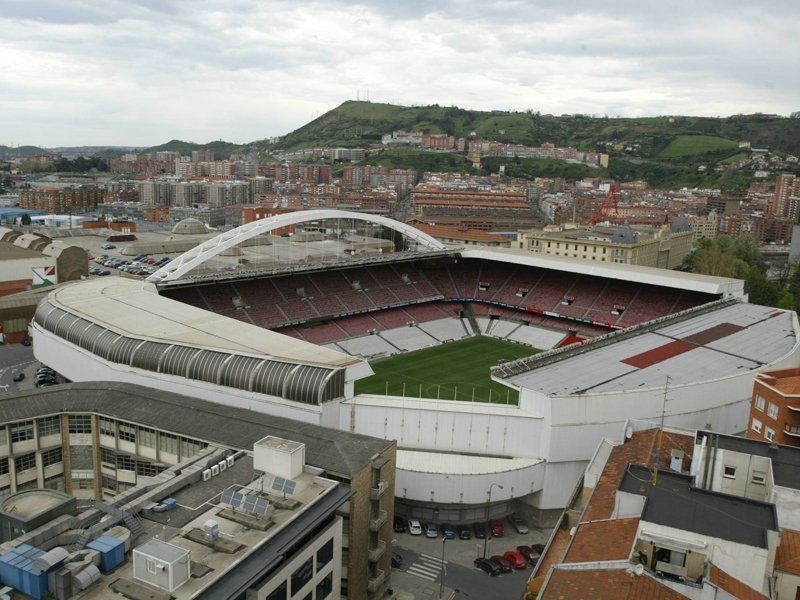 Prices for luxury apartments are rising to €1.5 million. Thus, a luxurious three-bedroom apartment of 250 sq.m on the main street of Bilbao - Lopez de Haro Diego - is worth €1.3 million.

In the hometown of rogue and rascal Figaro the passion for football is divided into two parts - the red and white and the green and white. Every ninth citizen regularly goes to the stadium to cheer for "Real Betis" or "Seville".

Home arena of "Seville" - Estadio Ramón Sánchez Pizjuán - has a capacity of 45,500 fans and is located in the central area Nervión, so the players of the club are sometimes called "nervions." 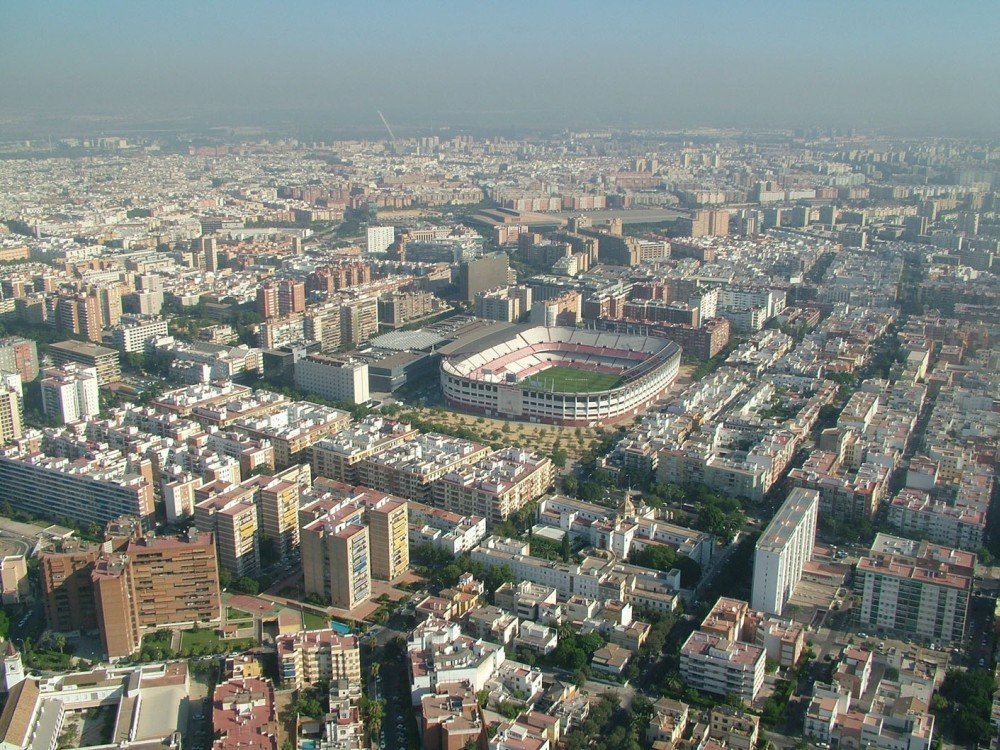 The most inexpensive one-bedroom apartment of 28 sqm on the street Calle Sebastián Trujillo can be purchased for €34,000. Stadium is 10 minutes away on foot in a straight line. Apartment with two rooms with total area of 70 sqm on the street Marqués del Nervión worth €199,000. To get to the stadium from the house on this street you'll just need to go around the corner.

Two-bedroom apartment of 205 sqm on the street Calle Cristo de la Sed will cost €350,000. Luxury apartments in Nervión cost about €1 million, for example, a huge six-room apartment of 440 sqm on the main street of Calle Beatriz de Suabia can be purchased for €1.2 million.

Worst enemies of "nervions", club "Real Betis" is performing on Estadio Benito Villamarín. Stadium with a capacity of 54,000 people is located in the south of the city near the suburb of "Sun City " - Heliopolis. It was in this stadium December 21, 1983 when in a legendary match Spain — Malta the Spaniards won with a score of 12:1 and advanced to the finals of Euro 84, beating the Dutch on goal difference. 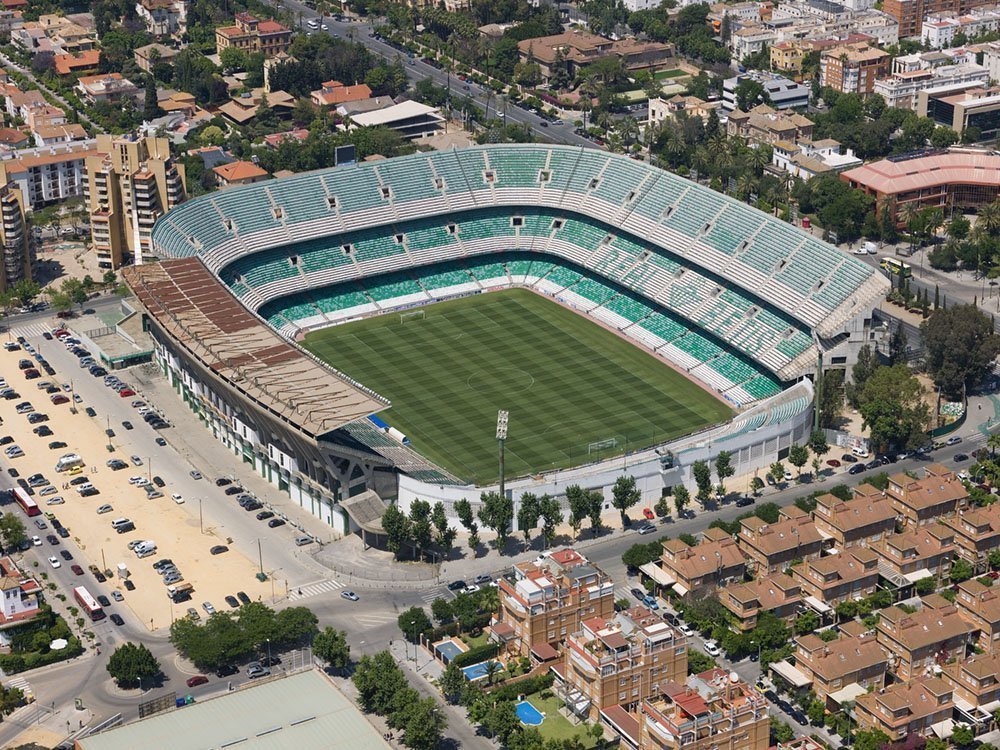 Inexpensive two-bedroom apartment of 65 sqm on the street Calle Castillo de Constantina can be purchased for €85,000. The stadium is located within a ten minute walk away. Cheap lodging option right in front of the stadium is a three-room apartment of 75 sqm on the street Padre García Tejero. For it one will have to pay €170,000. Nice house in the neighborhood of Heliopolis is worth about €750,000. For example, a house of ten rooms with area of 290 sqm worth €650,000, and for the chalet of 325 sqm one will have to pay €900,000. Not cheap, but it is only a five minute walk from the stadium.

The average cost of housing next to the stadium, Benito Villamarín is €400,000.

One in eight of the 234,000 inhabitants of the city of Granada is a fan of the football club of the same name. Every weekend a dense stream of red and white torsidy heads south of the city in the district of Campus de la Salud, to fill the Estadio los Cármenes, which can accommodate 22,524 visitors. Arena is located on the outskirts of the city, however, around there is a very dense construction.

The average cost of housing around the stadium los Cármenes is €226,000.

In a small Pamplona (population 198,500 people) every seventh is a football fan. The stadium, which hosts a local team "Osasuna" is called Estadio Reyno de Navarra and can accommodate 19,800 spectators. In the Basque language "osasuna" means "health." How else could be called the team from the city, whose residents are lucky enough to enjoy the fresh air every day.

The average cost of housing around the stadium Reyno de Navarra is €142,500.

"Yellow Submarine" from Villarreal used to surface in some European cities and blow up the bottom of the local team. Fans adore the club and during home games fill the stands of Estadio El Madrigal for the whole of its 25,000.

Three-room apartment of 60 sqm on the street Carrer Senda Pescadors worth €26,000. Those three rooms, but with an area of 90 square meters on Carrer Santa Bàrbara, will cost €70,000. Spacious three bedroom apartment of 110 sqm on Carrer Màrtirs Independència will cost €85,000. The House of the five rooms with a total area of 180 sqm on the street Carrer Josep Nebot can be bought for €150,000.

Property cost near the stadium El Madrigal is an average of €129,500.

Football club "Valencia" collects on home Estadio Mestalla every sixth inhabitant of the city. Arena, located in the same named area, can accommodate 55,000 spectators, which allows you to get into the game with the unique "bat" atmosphere. 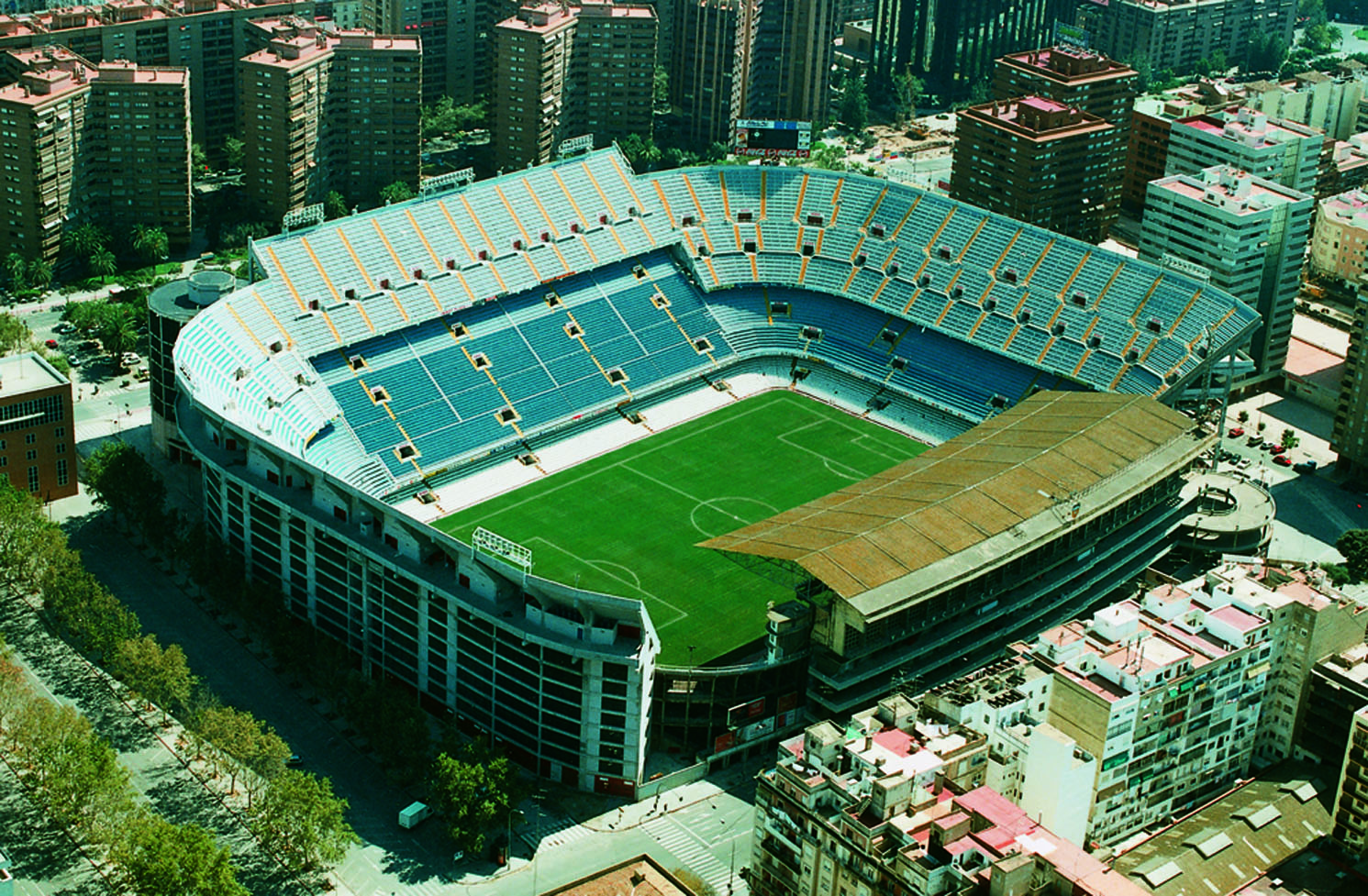 The cost of elite housing starts at €600,000, which one will pay for a five-room apartment of 212 sqm on the Vicente Sancho Tello. The best apartments in this area are sold on the streets of Alameda, stretching along the river Turia. Back in 1950 after a terrible flood the river was moved three kilometers south of the city, and in its ex-line the gorgeous parkland was organized. Four-room apartment of 245 square meters is located in this street, it will cost €1.15 million.

One in five people of Vigo keep coming to Estadio de Balaídos to support the team "Celta", for which once played Russian football stars Alexander Mostovoi and Valery Karpin. The arena with capacity of 31,800 spectators, is located in a beautiful area of A Florida. 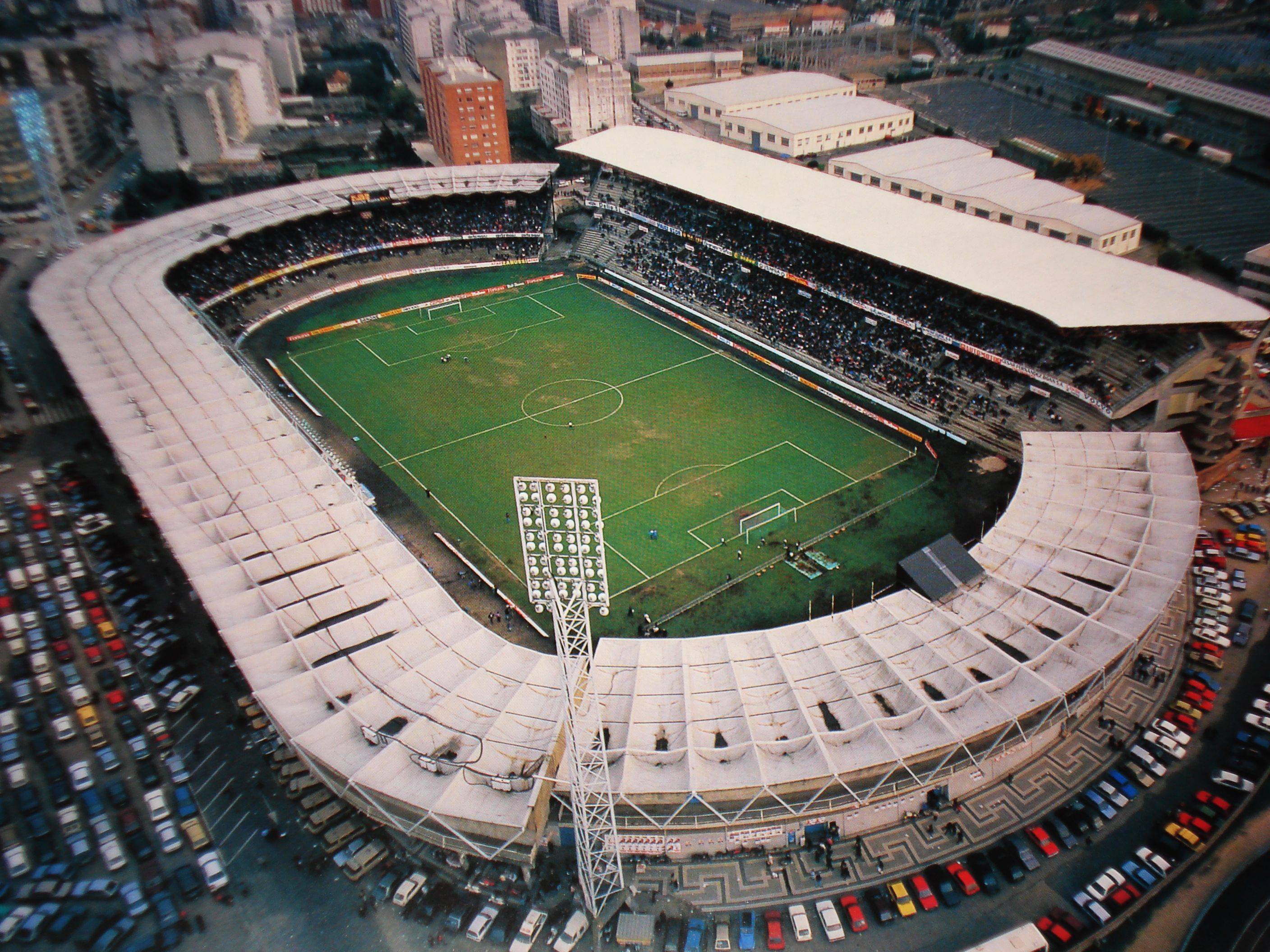 The ideal option both in terms of price and in terms of proximity to the stadium, is an apartment on the avenue Balaídos. One-bedroom apartment of 50 square meters, right in front of the stadium can be purchased for €65,000. Two-bedroom apartment of 104 square meters, on the street Pablo Iglesias will cost around €139,000. If the budget allows, you can buy a house with ten rooms on avenue Balaídos at a cost of €450,000.

The average cost of housing around the stadium Balaídos is €260,000.

The capital of Catalonia is famous not only for its unique architecture, but also for the legendary team with the best players in the world. "Barca" is playing its home games at the Camp Nou - the largest stadium in Europe, which seats 98,600 spectators. 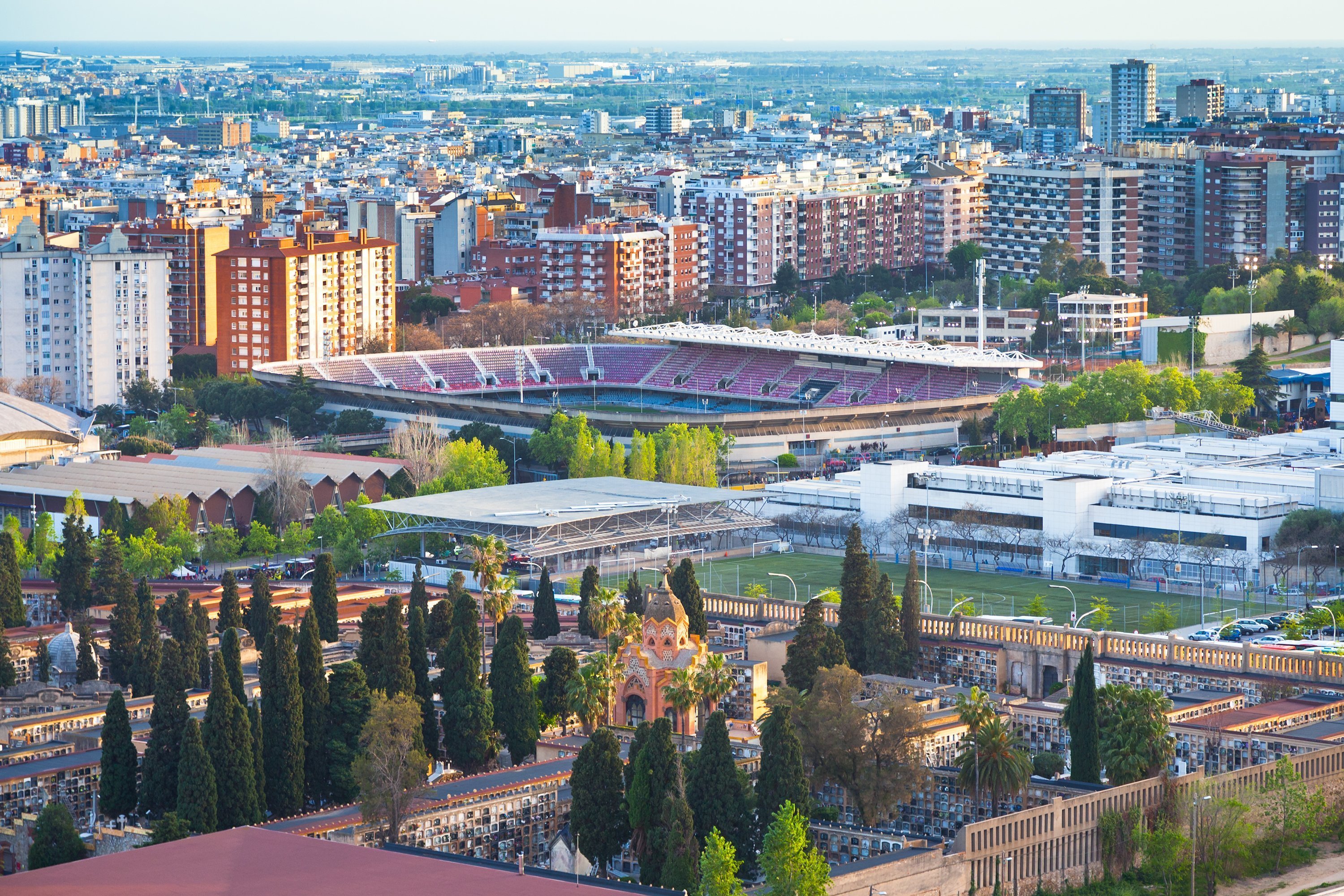 Studio of 28 m² on Carrer de Berlín a 15-minute walk from the stadium is worth €70,000. Three-room apartment of 60 square meters in the corner of the stadium cost €105,000. Not far from the Camp Nou there is an elite district of Pedralbes, where many Barcelona players live. Not the most expensive apartment in that district with area of 220 sqm with five rooms worth €950,000. The spacious penthouse of 500 sqm, can be purchased for €3.5 million, a house with five rooms with a total area of 700 sq.m. worth €4 million.

The average price of real estate around the stadium Camp Nou is €1.1 million.

However, there is another club in Barcelona. "Espanyol", based on indigenous Spaniards in the early peak of the international cast of "Barcelona". Since then, the enmity of the two clubs does not subside, bringing together supporters of the "Espanyol" on the forty thousand stadium Estadio Cornellá-El Prat.

Arena is located in the suburbs of the Cornella de Llobregat municipality of Barcelona, near the famous department store El Corte Inglés. Three-room apartment of 58 sqm in Dolors Almeda worth €95,000. For the same money you can buy a three-room apartment, but with a floor area of 70 sq.m. In Carrer Lepanto. Chalet of 300 sqm in Dolors Almeda will cost €275,000. Spacious private house in Carrer Lepanto, with five bedrooms, an area of 261 sqm will cost €475,000.

The average price of real estate in the area of the stadium Cornella - El Prat is €245,000.

The capital of any state is a very special city, claiming to be the best not only in this country but around the world. Football affairs is no exception. The Spanish capital has been struggling for years with Barcelona and Bilbao for the right to possess the most powerful football club in the country and the world.

Real Madrid is the most frequently involved in this fight club. The team has a rich history full of great victories, and sports scores. The right to wear the shirt of the "Royal Club" was honorable at all times. It is no wonder that such a celebrated team has millions of fans around the world. The happiest of them are the people of Madrid who are able to fill the 85,000 stands of Santiago Bernabeu stadium every weekend in the metropolitan area Chamartin. 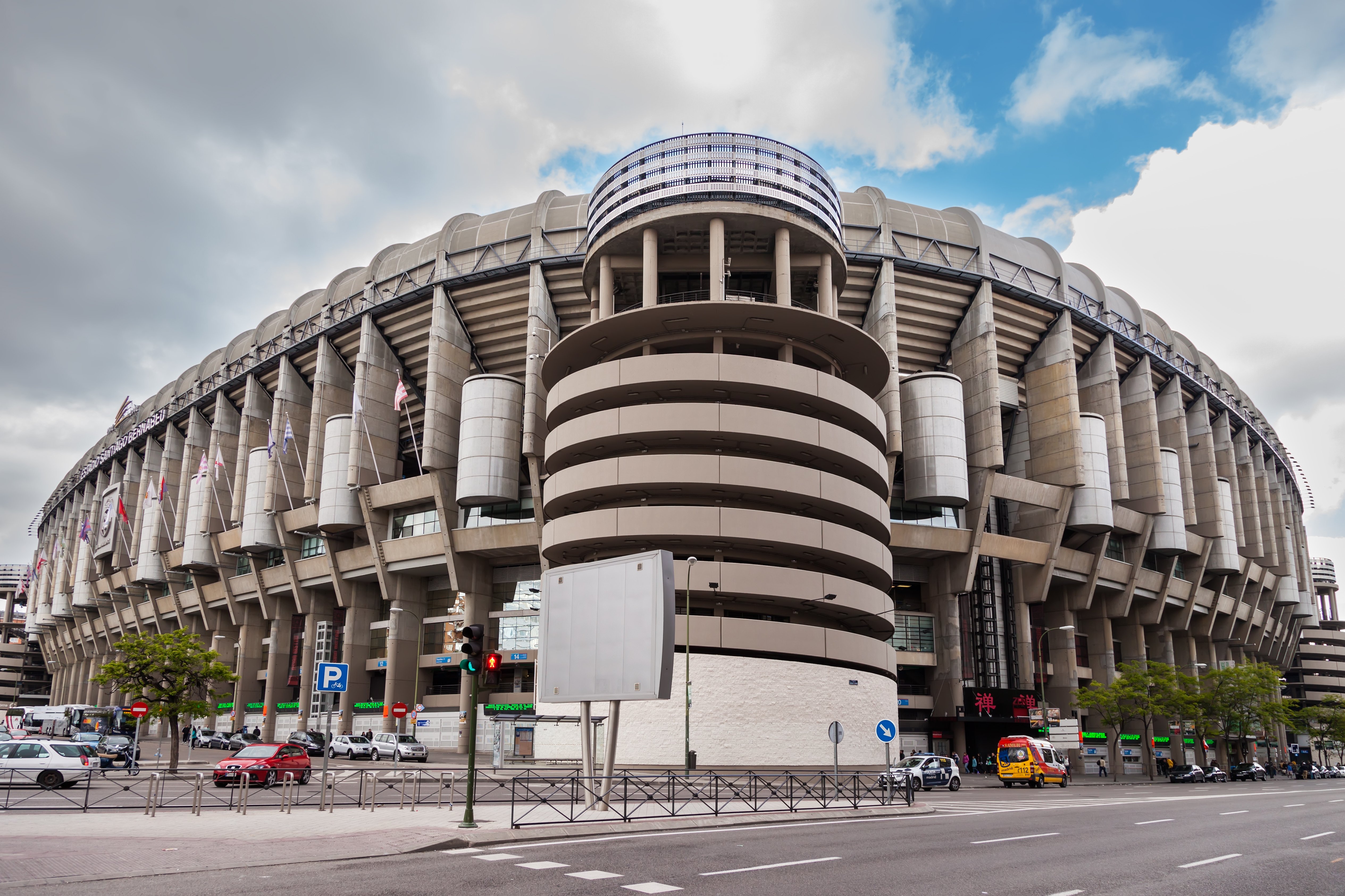 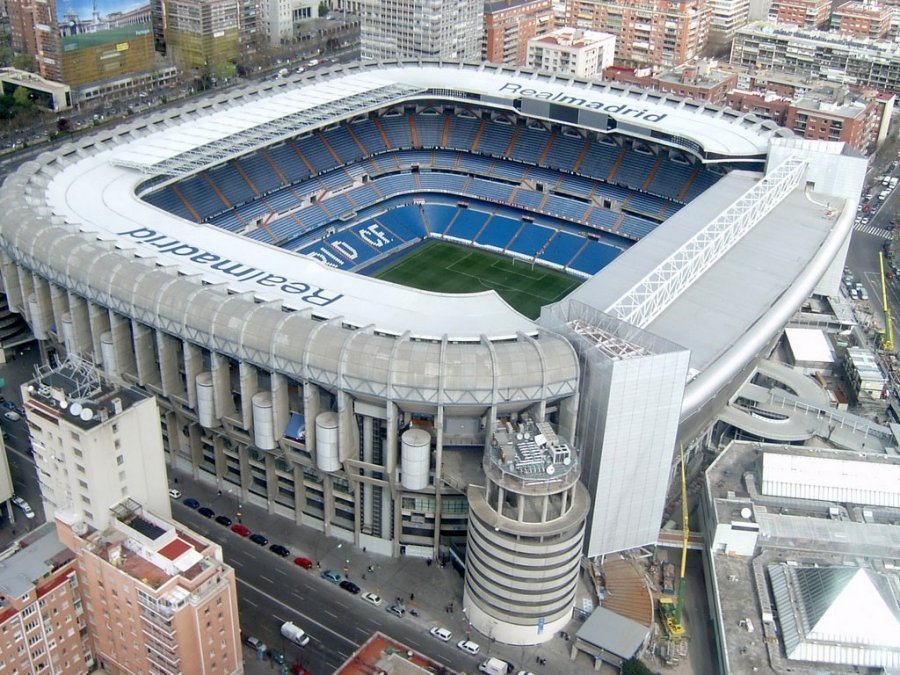 The average cost of housing in the area of the stadium Santiago Bernabeu is €1.5 million

Another Madrid club that competes with Real in its struggle with Barcelona is Atletico. Home stadium of Atletico is located in Arganzuela, holds 54,000 fans and is known as Vicente Calderón. 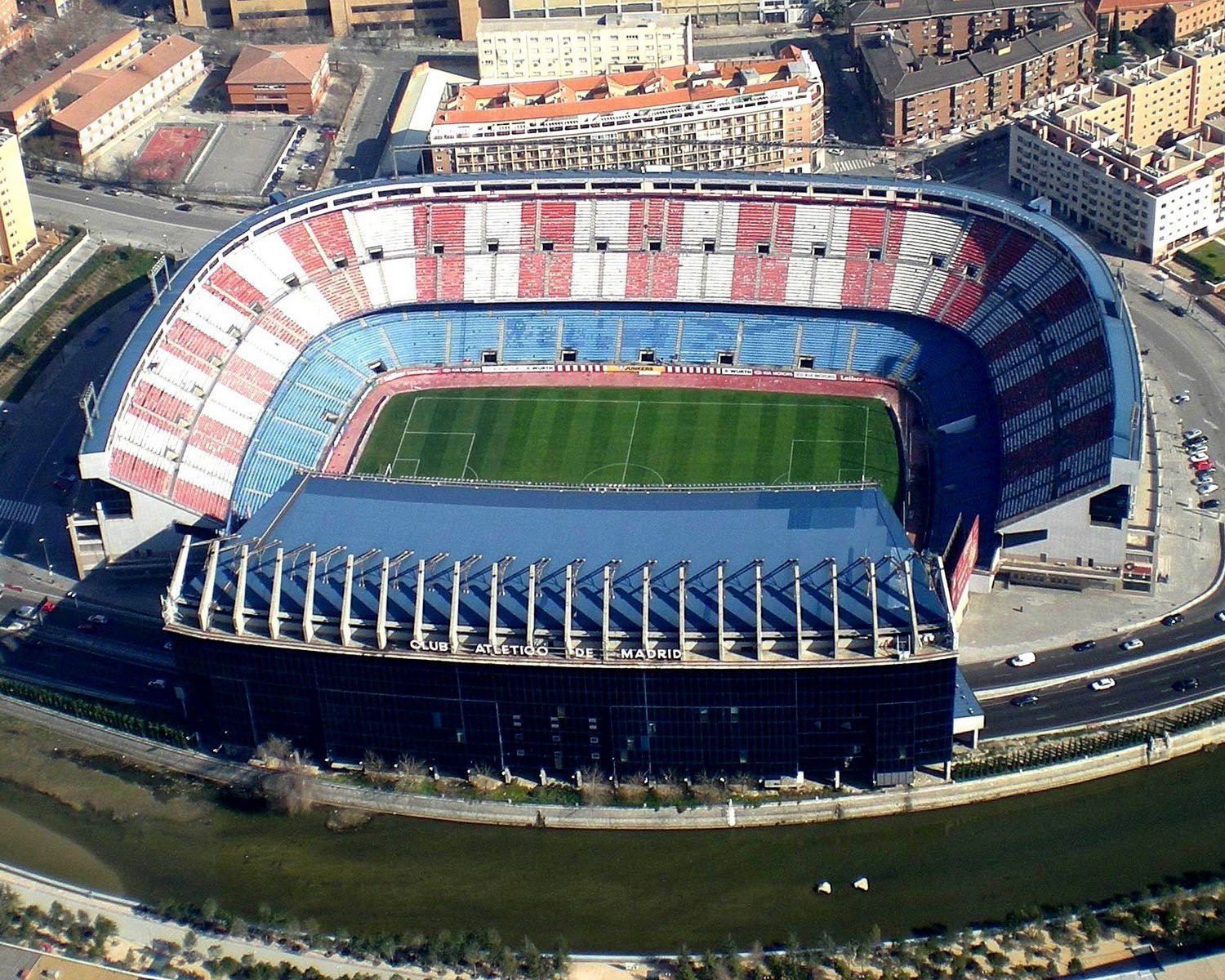 The average cost of housing around the stadium, Vicente Calderon is €307,600.

In the southern suburbs of Madrid, there is the town of Getafe, which hosts the corresponding team, with varying degrees of success serving in the Spanish league. Home Arena of the club Estadio Coliseum Alfonso Pérez accommodates 16,000 spectators.

The average cost of housing around the stadium Coliseum Alfonso Perez is €348,400.

In the area of Madrid Puente de Vallecas there is the stadium Estadio Campo de Vallecas which hosts club Rayo Vallecano. Despite the fact that the "bees" have never reached the heights, the team has an army of loyal fans. 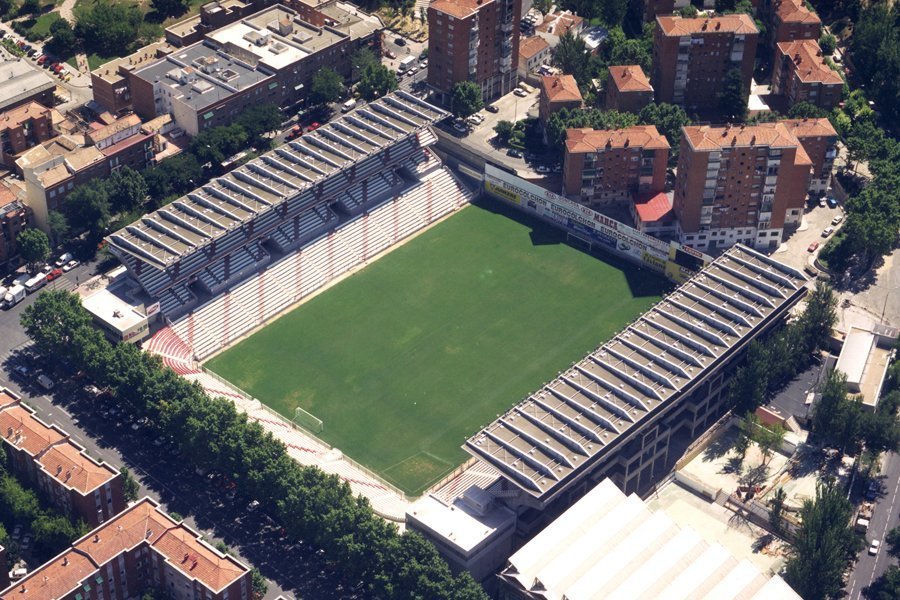 Two-room apartment on the street Calle Sierra de Cadí of 70 square meters can be purchased for €86,000. The apartment is 65 sqm on the prospect of Albufera directly across from the stadium is €135,000. Detached house with five bedrooms of 343 sqm on the same avenue will cost €1.2 million.

The average cost of housing near the stadium Campo de Vallecas is €206,851.