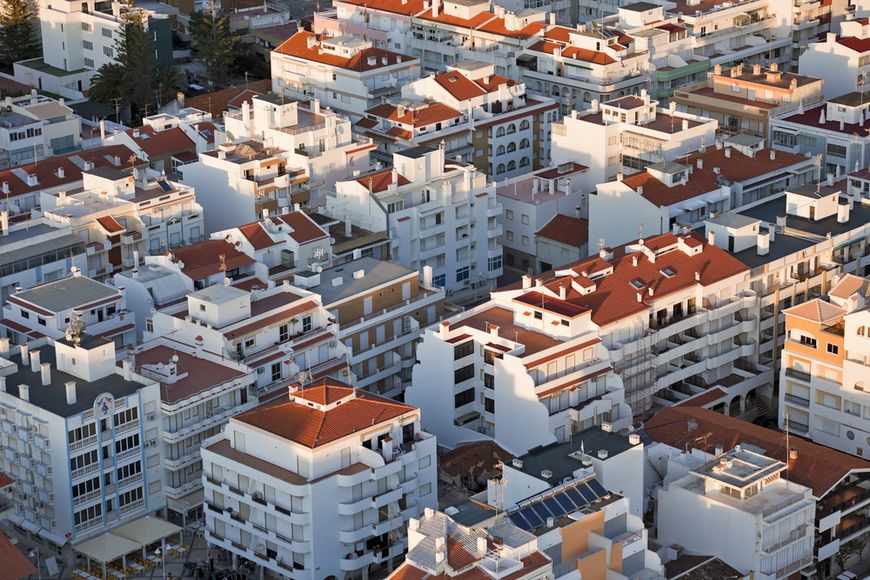 For several years before the crisis Spain had been in the lead in popularity among Russian buyers abroad. It was ahead of its Mediterranean neighbors both in terms of the number of new projects in resort property market and in price growth. Then it showed a record decline, and it is the seventh year that it has been going on.

The collapse of the "bubble", mortgage defaults, auction, inability of the leading market experts to reach a consensus in assessment of the near-term prospects: all these are Spain today. Still, the Russians continue to buy actively here, and developers continue to declare the start of new projects, particularly in the expensive segment.

Market, where statistics will do no help

Nowadays, for the first time in six years, market participants are seriously pleased: the fall in prices slowed down in all segments and all regions.

And in January 2014, according to fotocasa, average cost of resale property increased in 11 of the 17 Spanish autonomous communities. The growth rate is comparable with inaccuracy: it varies from 0.9% in Murcia up to 0.1% in Rioja, but still analysts consider it as an event.

"The average annual dynamics of decrease has fallen significantly, and it is the first very important point, and the second one is that the knowledge of average cost in the country will be of little help to a real customer, says Elena Krylova, consultant in Strana Plus. For him it is much more important to know the evolution of prices on that local micro-market where he is going to buy a property. And all micro-segments move quite differently! In some places, we can already see the lack of liquid real estate and note increase in prices, while in others there is still an excess of offers, and prices will continue to fall further"

The market: more alive than dead

The maximum fall in prices since the start of the crisis affected the Costa del Sol: over 60% from the peak data in 2006. Here is the highest density of modern resorts. "But I want to say to those who are still waiting when prices will reach the bottom that the ship has sailed. Thanks to aggressive sales policy, which has been held for the third year, the most delicious and the most profitable properties from the point of view of private investors have already been selected," says Elena Krylova.

"Real estate market is alive, but it is still worth noting that only properties that fell in prices by 50-70% of the value at the beginning of the crisis are selling well," says Rosario Higuera Molina, the owner of network of agencies Valor.

According to the Spanish College of Property Registrars, the number of sale and purchase transactions increased in 18 Spanish provinces in the 4th quarter of 2013 compared to the data of 2012. The greatest number of transactions per 1,000 inhabitants was made in the province of Alicante - 13.36. It is followed by Malaga (12.57), Almeria and Castellon (10.31).

According to the results of the last year, the Russians took the third place among Spanish property buyers. In 2013, 11.15% of sales transactions were made by foreigners, the British became the leaders. The second and the third places went to the French and the Russians.

"The Russians prefer new housing. In any sector, whether it is expensive holiday villas or small apartments near the sea. Sea view and plenty of sun in apartments in Spain are important for Russian buyers. According to our experience, only apartments in closed-type residential complexes are demanded," says Rosario Higuera Molina. 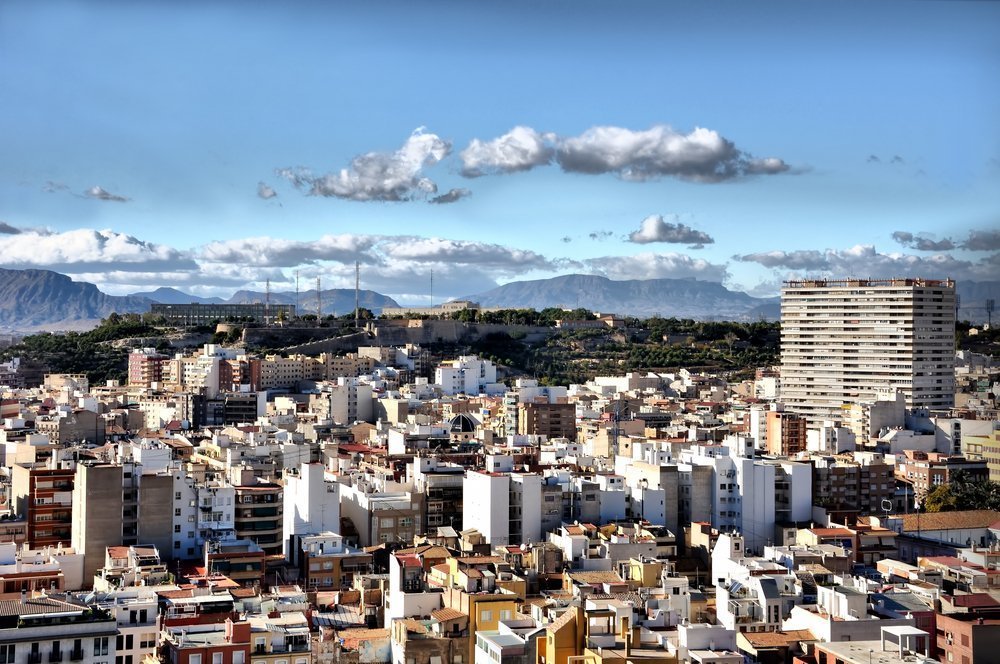 The Russians in Spain

The Russians are primarily interested in houses or apartments in the coastal areas of the country, according to realtors it is the choice of about 80% customers. The favourite areas are Costa del Sol and Valencia. According to statistics from the Valencian Government’s Infrastructure Office (EIGE), the region remains the leader in selling real estate to foreigners: 32% transactions are made here (80% of them are in the province of Alicante).

"The most popular budget in the category of apartments in resort towns is €100,000-150,000. At the same time there must be 2 bedrooms and 2 bathrooms, a minimum area of ​​100 square meters, a terrace overlooking the sea, a guarded complex with gardens, pools, playgrounds and sports grounds. Necessarily in walking distance from the beach, and preferably within 500 m. from the sea, says Elena Krylova. But due to the peculiarities of the Spanish real estate market, you can find similar quality properties within this budget only in the West of Costa del Sol (Manilva, Duquesa Port, Estepona), or in the South of Costa Blanca. During selection of properties quite often one has to change priorities: either sacrifice quality characteristics, or increase the budget. As a result, the average price of an apartment at the sea is about €170,000-200,000"

In the category of cheap housing in Spain people often look for housing for permanent residence. Budget is €300,000-500,000. The areas of the purchases are Costa Dorada and Costa Blanca.

In the category of villas the declared budget is usually from €800,000 up to €1 million, but during the search it can grow by half a million euros. Such properties are purchased in Costa Brava, Costa Maresme, in the North of Costa Blanca, and in Costa del Sol, in the area around Marbella. 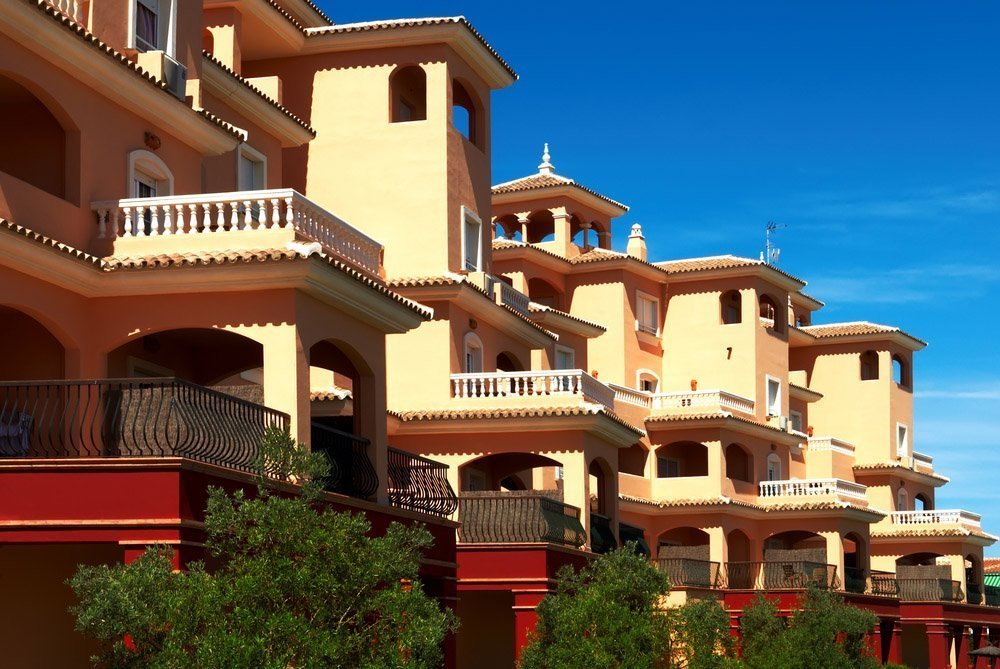 Someday prices will start to grow...

"If we talk about investments in resort real estate as a way to earn money on its resale, the resort Spain is not yet ready for such investments in the nearest future. Individual investors who want to invest in residential property would better pay attention to apartments in prestigious areas of Madrid or Barcelona. Rental business in these cities can bring quite good income. For more serious budgets it makes sense to consider purchasing a hotel, an office, a shopping center," says Elena Krylova.

However, one can not ignore such signs of recovery in the market as growth of foreign investment. In 2013, interest in residential and commercial properties in Spain has increased sharply on the part of international investment funds, such as Goldman Sachs and Pimco. 37% of foreign funds, and it is €5.2 billion, were invested it in real estate. For comparison, according to Spanish Property Insight, only 7% of the total investments in the economy, or €433 million, were invested in the real estate sector in 2012.

According to analysts, the twelve fold increase of real estate investment is due to the fact that the Spanish economy is showing signs of recovery and stabilization.

Commenting on the results and prospects, realtors still repeat: a buyer dominates on the real estate market. But the return of prices to low level attracts, and demand begins to grow and, therefore, someday prices will start to grow too.