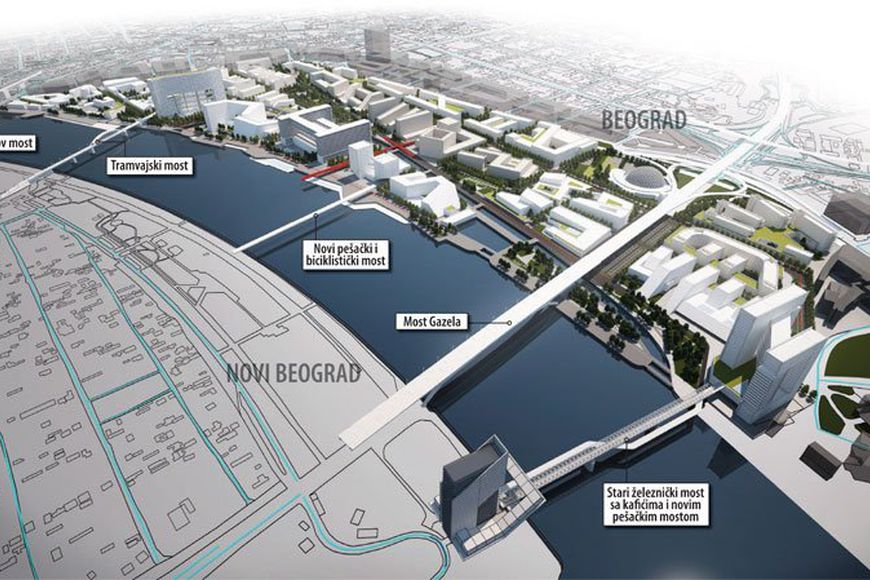 Prominent investor Mohammed Ali Alabbar, head of investment fund Emaar Properties, is ready to invest €2.27 billion into the project "Belgrade on the water," according to ee24.com citing novosti.rs. First Deputy Prime Minister of Serbia Aleksandar Vučić, who is lobbying the project, said that meeting with businessman will be held on January, 18.

Let's recall that "Belgrade on the water", which is already being called Manhattan, is an elite district. Its construction will start this autumn on the banks of the Sava River. Master plan is ready for 90%, the remaining items will be refined during negotiations with Arab investors. In February master plan will be presented to the public.

Warehouses, parking lots, train and bus stations are currently located on this plot in area of over 80 ha. As a result of the renovation of the territory, residential buildings, offices and shops will be constructed. In addition, the area will be a home to oceanarium and the Balkans' largest mall.

Emaar Properties is one of the largest investment funds, working mainly in the Arab region, as well as in Turkey, India, Pakistan and other countries. In particular, it was the developer of the tallest building in the world, Burj Khalifa (828 m).