An abandoned area of Belgrade will become the "Serbian Manhattan" 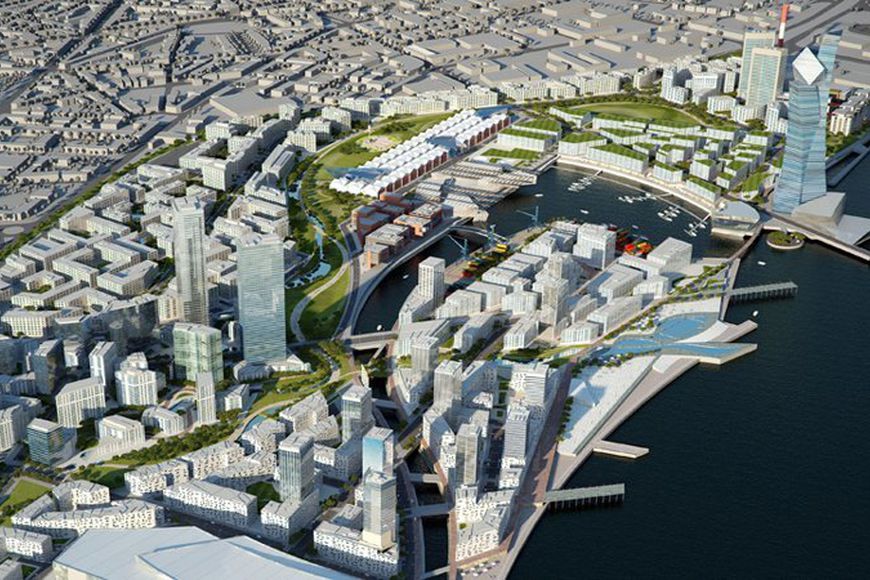 Amphitheater on the Sava River in Belgrade is called "Manhattan". Soon the land area of 80 hectares can turn into a luxurious complex with residential, commercial and entertainment functions. The change of the abandoned shores of Sava into an elite district will be provided by the project "Belgrade on the water", reports ee24.com portal.

Total area of buildings should reach 1.8 million square meters and the cost of the works may exceed €4 billion, according to balkans.com. At least 200 thousand people will participate in the construction, which will reduce the level of unemployment in Belgrade, and after the completion it will become a new landmark in the South-Eastern Europe.

Sava amphitheater is called the jewel of Belgrade. But for a long time it was more like an "ugly ulcer" on the body of the city, rather than an attractive ground. Here are an abandoned train station, non-operational parking, old storages and bases. Unacceptable look will be changed during the realization of the project "Belgrade on the water", which is presented by the Deputy Prime Minister of Serbia, Alexandr Vucic. "Belgrade on the Water," which should be the first step to reveal "the full potential of the Serbian capital," has already received the approval of the Mayor Dragan Djilas.

However, even with such political support, and provided that in the near future there will be wealthy investors, the changes still are gonna take some time. The experience of other European cities shows that the realization of such large projects require a minimum of two years. However, the Serbian architects believe that the process can be accelerated. There are earlier reconstruction plans, which can be "refreshed", re-defining the objectives for this part of town and working for solving the transportation problems. 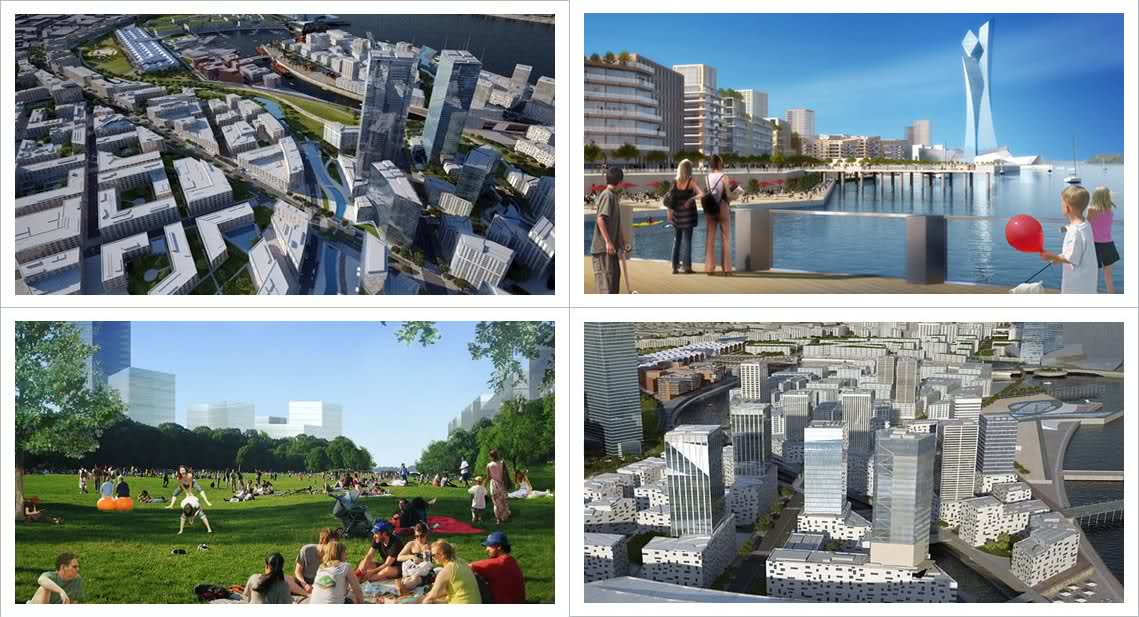 "Belgrade on water" will require significant infrastructure preparation. To ensure that the city is finally able to take advantage of this space, the authorities need to move rail and road flows. Two new bus stations should appear in the municipality of Vozdovac and New Belgrade. And a railway station Prokop, where work is already underway, will be the new national and European line.

The current view of Sava Amphitheater: 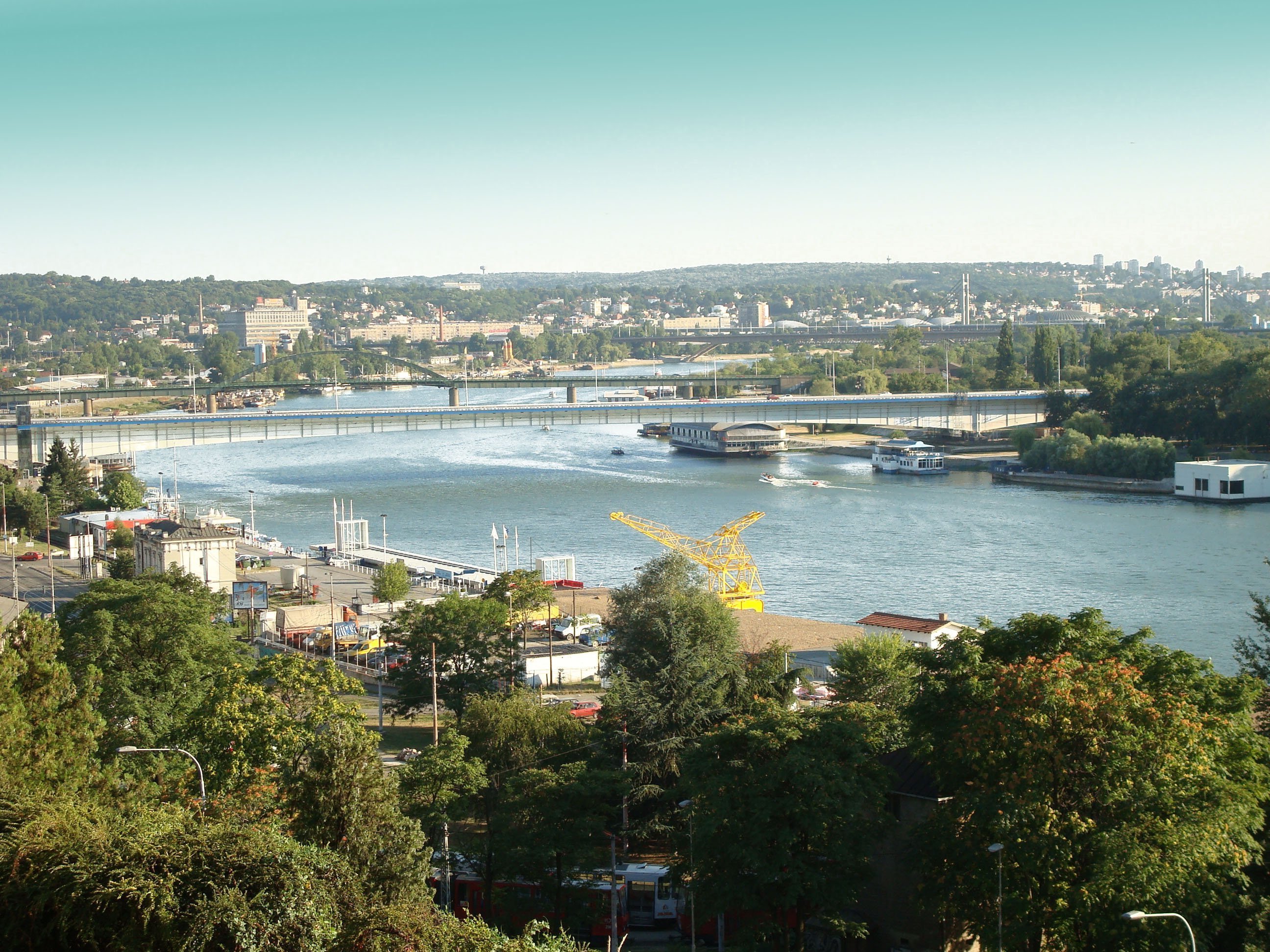 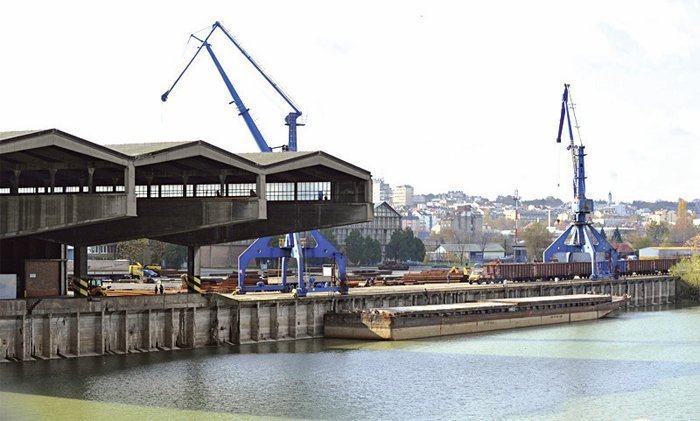 The ideas are ambitious. But doable. The construction of the bridge has already started. It will connect the municipalities of Zemun and Bortz and reduce the load on one of the major streets of the Serbian capital. The construction of the crossing is provided by the Chinese investments. One bridge will stretch across the river Sava. When both projects are completed, the bridges in Belgrade will be the pride among the dozen of road structures over Sava and Danube.

Ambitious new project can have a positive impact on the image of Belgrade. Now the price of real estate in the capital of Serbia are by 30-40% cheaper than before the crisis in 2008. If earlier the Belgrade apartment, for example, in the vicinity of the complex "Arena" cost from €2,500 to €3,000 per sq m, now the prices are at around €1,600 per sq.m. In the prestigious areas of the Serbian capital the cost of housing does not exceed €1,800 per sq.m. In comparison, in the other major Serbian city - Novi Sad - apartments cost from €900 to €1,300 per sq.m.