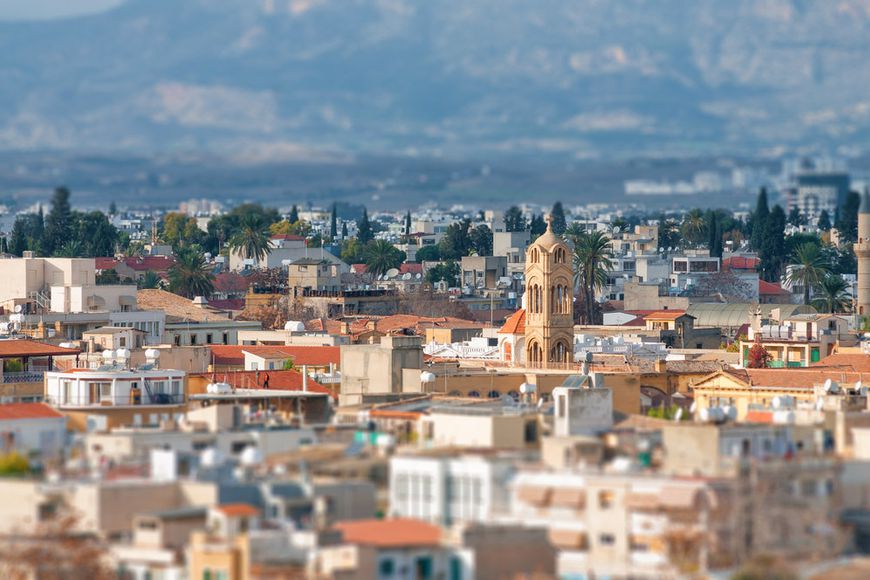 Northern Cyprus is gradually becoming one of the most popular areas of investing in real estate. Especially attractive Northern Cyprus is to residents of those countries, whose national currencies in recent years became weaker. In connection with the currency crisis has appeared an urgent need to save the remaining part of the capital, to protect assets from future risks.

Over the last few years property prices = in North Cyprus has increased significantly. Every year the cost of square meters increases by 7-10%.

Nevertheless, it is still very far away from the level of Southern Cyprus. In Southern Cyprus in the cities of the "first tier" (Limassol, Paphos) ordinary studio apartment at the sea are costs at least €130 000.

If you reach Northern Cyprus, over the same object you will pay just €50 000! The average price per m2 — from €1000 to €1200. The average sum of real estate transactions in Northern Cyprus is €75 000. Traditionally in new buildings, about 60% of the apartments are sold out already on the early stage of construction.

Now in the TRNC (Turkish Republic of Northern Cyprus - this is the full name of the state) is planned to build an ambitious tourist sites, golf resorts, hotels, casino, yacht ports. Many people come here not only for the luxury holidays at sea, but also consider the possibility of obtaining a residence permit.

Buyers will be pleasantly surprised by the fact that in the cost of an apartment in the TRNC as the rule is included not only a full finish, but the built-in kitchen furniture, closet, and sometimes even appliances. Tax on real estate in the Northern part of the island of Cyprus is quite low. Per square meter, the foreign owner will pay 1 Turkish Lira (30 cents). Thus, the rate for the apartment of 100 m2 would be $30. There are no other taxes for foreign owners of real estate.

Since the island was once a British colony, today, both in the Northern and Southern parts adhere to the English legal system. For processing the transaction, the foreign citizen will need only a passport.

After the deposit is made, verification of documents of the seller is started. Then the parties sign a contract of sale, drawn up by a lawyer. The stamp duty (0.5% of the price) is payed as well as the services of a lawyer. Next, the Land Committee examines the papers.

Officials must confirm the legality of the transaction. Only after that the buyer pays the remaining amount.

The payment can be paid in cash. In addition, the TRNC foreigners receive mortgage loans without references and guarantors. Lending rate is an average of 7%. North Cyprus creditors are not banks, but developers. Happy owners of property in Cyprus can apply for the residence permit in the country. However, if in the southern part of the island there is a minimum investment amount of €300 000, in the North there is no such requirements. The procedure is free, takes about 3 months. Homeowners aged 60 years, can live on Northern Cyprus without a residence permit.

To process the residence permit, the property owner must open a Bank account and fund it by a certain amount (based on $10,000 for each family member) in order to prove their solvency. The residence permit must be renewed every year. After 7 years of living in TRNC can apply for citizenship. To invest in North Cyprus?

Commercial real estate of Northern Cyprus (shopping, offices), as well as in any other country, brings more income than the housing. On the other hand, risks are higher, and it will require pretty solid investments. Not every investor can afford it.

Residential property in North Cyprus every year becomes more expensive. In addition, offering holiday homes for rent the owner may get 10% return per year. The most popular are studios and apartments with 1 or 2 bedrooms.

The maximum profit is currently yielding short-term rental. In condition of effective management the owner of such property earns up to 15% per annum. Without going into details of the long-standing conflict on Cyprus, note that the European Court of Human rights, settled land disputes between the Greek Cypriots and the current residents of Northern Cyprus long time ago. According to the ECHR's decision No. 186 of 5.04.2010, all Greeks who had fled to the South and lost their lands in the North, receive monetary compensation. This deals with the special Commission on real estate that works and works effectively.

Of course, some inconveniences exist. At last, Northern Cyprus is a state recognized only by Turkey, so you can only get there via Turkey. However, the prospect to acquire housing in the Northern part of the island of Aphrodite 3-5 times cheaper than in the South, compensates all these factors.

In the case of the unification of the island, housing prices in Northern Cyprus will increase several times and will be compared with prices in other European countries. So, anyway you won’t be in loss.

Do not think that Northern Cyprus is cut off from all over the world and on the streets there is chaos. Despite the fact that most of the world does not recognize Northern Cyprus as a separate state, it is independent: it has its laws, the borders, the army, the authorities, etc. TRNC is actively developing trade relations with the USA, UK, UAE and many other countries; there are the embassies of the EU, Australia, France, USA, UK. Halfpenny local real estate actively buying the British and the Scandinavians — and they would not invest in risky projects. Property in country Northern Cyprus
Request for a property