Latvian step toward banning residence permit for the Russians. Expert’s point of view 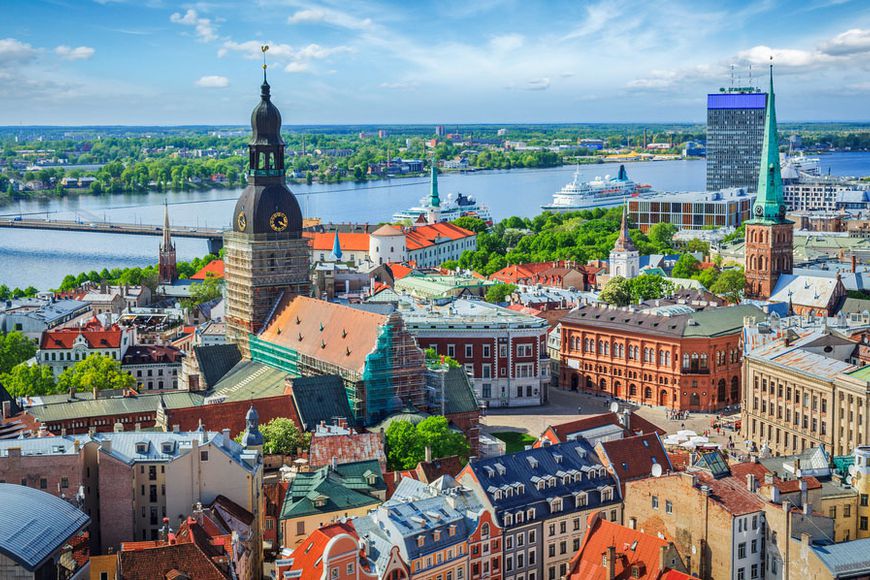 On October 30, 2014 old Convocation of Latvian Saeima approved Immigration Act amendments in the first reading. After all, the deputies agreed to prohibit the issuance of a residence permit in Latvia for the citizens of Russia because of the conflict in Ukraine. The correlation is, of course, weak, but this is how the Latvian reality looks like. What will be the future for this celebrated law, which still needs to be approved by new parliament in two readings? Should we expect the ban and hurry up with immediate property purchase in Latvia to get a residence permit "at the last moment"? Let’s get answers to these and other questions firsthand – from realtors working in real estate market in Latvia.

"The law was not yet approved, but each and all have already decided that residence permit issuance for the Russians is prohibited"

– Lots of noise in the media, many calls and pessimistic stories, which are extremely frustrating, as the law has not yet been approved, but each and all already think that the residence permit in Latvia for the Russians is banned. We must correctly write news and headlines. First, there still are two readings ahead and then the amendments should be approved by the President of Latvia. And I think he will not accept them. Yes, it's a good political card but nothing more. There are economic realities and for Latvia, the country of banks and businesses, will be hard to survive without residence permits for Russians.

At the moment, the Latvian economy is tightly connected with the real estate market. This means banks, developers, importers and all who serve them. When the law on residence permits for €250,000 was approved, it was because of market security: nobody wanted a "bubble". Whereas, the current case with the ban is political and therefore fatal.

Furthermore, it is unclear whether the ban will affect current residence permit holders in Latvia and will their residence permits be renewed or not. There are more questions than answers, for sure new changes and additional information will appear before two remaining readings.

The last word – is for the president of Latvia, and there already were precedents of radical rejection of amendments. In November 2013 in accordance with Constitution article 71st Andris Berzins forwarded amendments to the Immigration Act to the Parliament for reconsideration, whereby residence permit quotas were removed. However, finally the cost of residence permit based on housing purchase increased up to €250,000 (since September 1, 2014).

In any case, there are no any prohibitions yet. Act and its amendments approved on September 1, 2014 are valid, and residence permit in Latvia may be obtained when buying expensive real estate. There is a certain demand for housing in Latvia, including the one worth less than €250,000 and more. 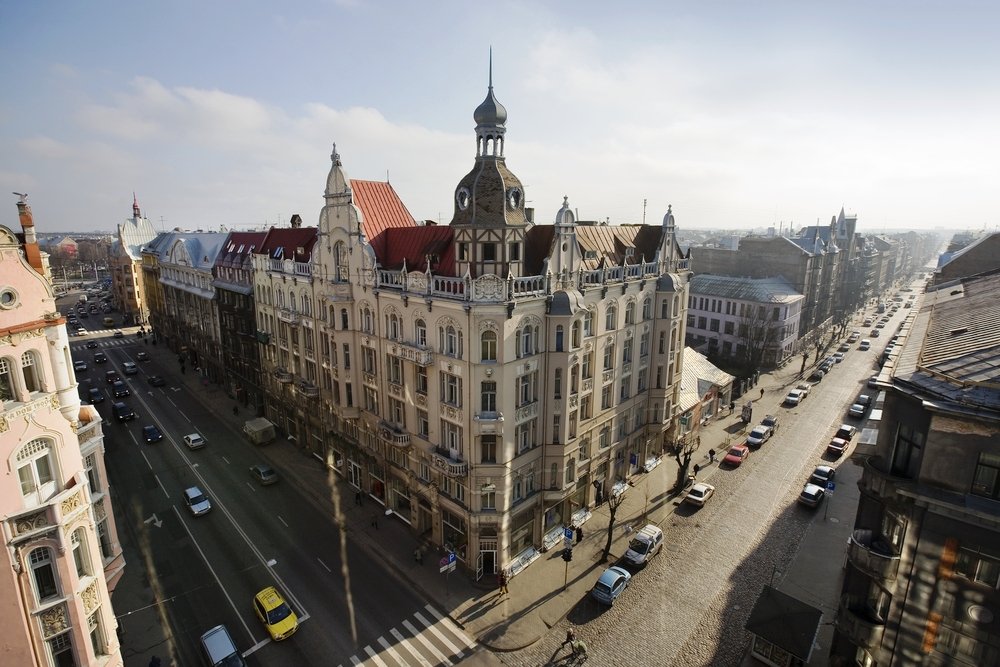 "The real estate market in Latvia adapts to new realities"

– I doubt that the law won’t be approved in two remaining readings. Since October’s elections, in Saeima dominate representatives of the national party, who will do their best for these amendments to be approved, their success is already seen: the draft was approved in the first reading by 50 deputies from Saeima’s old convocation – they are too many. The current background is bad, so most likely, they will succeed in implementing their plans.

Temporary cancellation won’t be temporary any more, but more likely a permanent. Restrictions are not easy to be approved, this can be seen form current debates, but further cancellation with current Saeima members seems to be almost impossible.

Amendments perspective is already seen in the domestic real estate market of Latvia. Interest of Russian investors almost disappeared during the autumn of 2014. The further events are not difficult to predict: I believe that there will be another wave of developers bankruptcies focused on the Russian investors, as according to statistics 80% of real estate investments in Latvia were Russian. I believe that prices will naturally fall and the market will transform and adapt to the new reality, these outlooks are not encouraging. 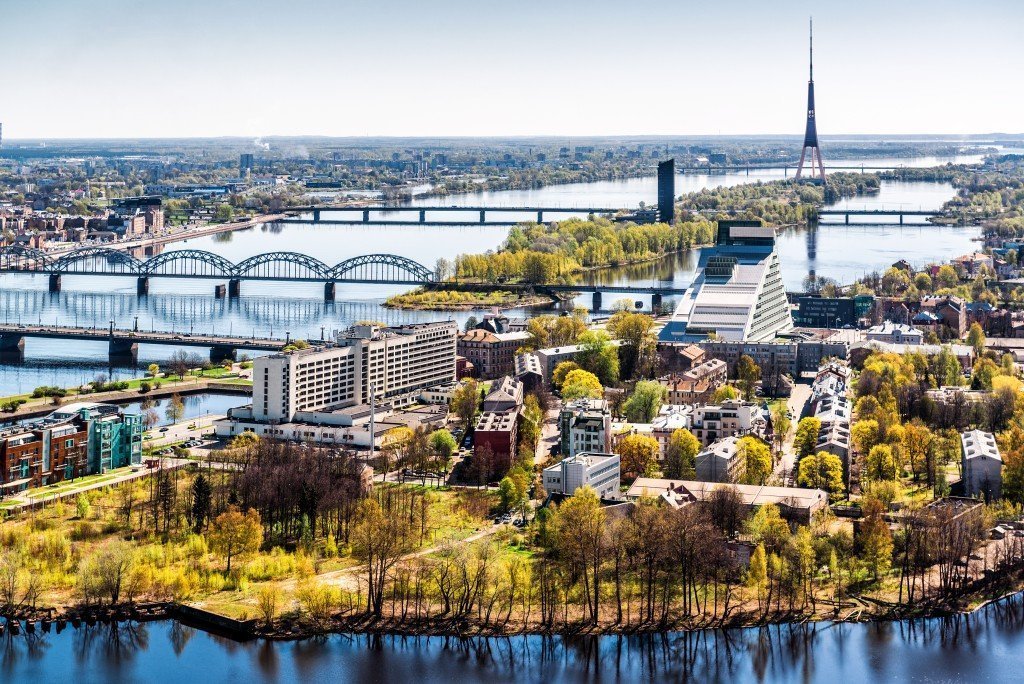 Bird's-eye panorama of Riga, view on the Tower

"Such news may scare away potential buyers"

– The Russians actively monitor current situation in Latvia and wait. Every published news only scares our customers. As soon as they cool down and get ready to go and find the property, such news is published again – and the trip is canceled.

I’m surprised with how quickly the Latvian deputies approve this bill. The influence of the West is obvious, so the possibility of its approval is quite high.

Since the threshold for obtaining residence permit raised up to €250,000, it became evident that foreigners (the Russians) became less active at the real estate market. The number of transactions decreased by several times. The Russians have turned their focus towards warm countries, such as Greece (with the same housing investment threshold in – ee24.com). It’s widely known, that Russian capital contributed into overcoming the crisis in Latvia. Current situation seems to be tricky. 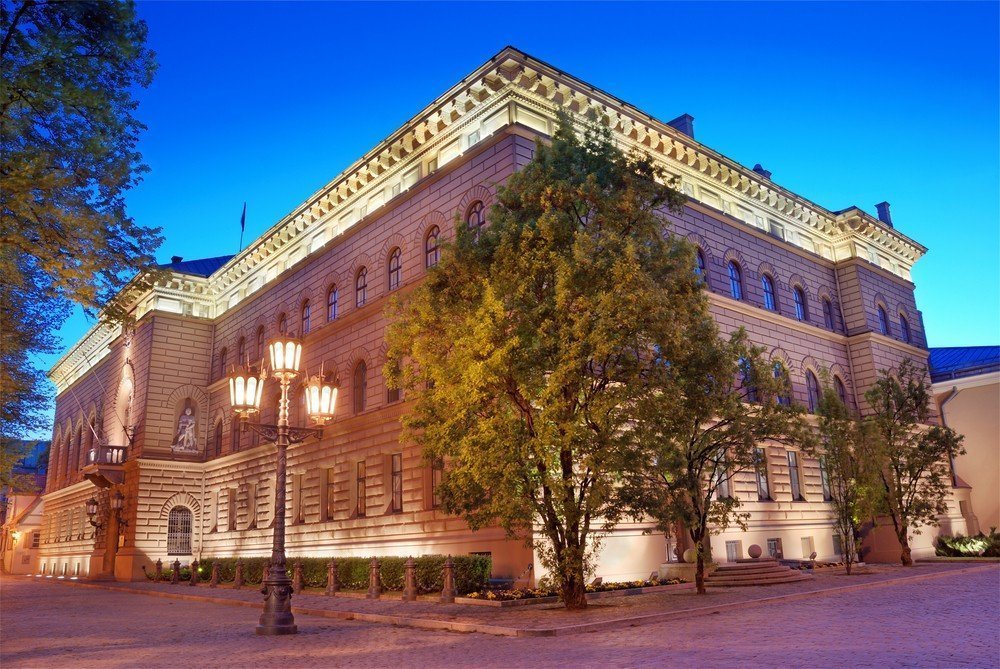 Saeima of Latvia in Riga

Latvian chronicle around the residence permit and the Russians

21.07.2014. On the eve of the "New Wave" opening ceremony in Jurmala, Latvian Foreign Ministry denied entry to three representatives of the Russian show business - singers Alla Perfilova (Valeria), Oleg Gazmanov and Joseph Kobzon. The reason for that was their support of "Crimea annexation» and derogatory statements about Ukrainian Government policy.

01.09.2014. Immigration Act amendments entered into force, a residence permit in Latvia based on real estate purchase increased up to €250,000. Previous prices were lower. The Russians used to be the most active foreigners requesting the "golden residence permit" in Latvia in 2010-2014.

16.09.2014. "We cannot isolate people from one country only because Russia has such a Government. Business people are still working. I do not think it [the ban on residence permits for Russians] would be the right decision," said Prime Minister of Latvia Laimdota Straujuma ("Unity" party) on a briefing with reporters.

02.10.2014. On the eve of the Saeima elections the proposal of "LNNK" to ban the issuance of residence permits for the Russians was approved by deputies. This happened only after the third attempt (the previous two took place in September) and was explained by national security. Amendments were forwarded for approval to special commission.

21.10.2014. Commission of the Latvian Parliament on Defense, Internal Affairs and Corruption Prevention approved the prohibition amendments to the Immigration Act and forwarded it to the deputies of the Saeima for approval.

30.10.2014. Latvian Saeima approved the Immigration Act amendments in first reading. 50 deputies voted in favor (from "Unity", "LNNK" and "Union of Greens and Farmers"), against - 24 (from the "Concord center"), one abstainer. 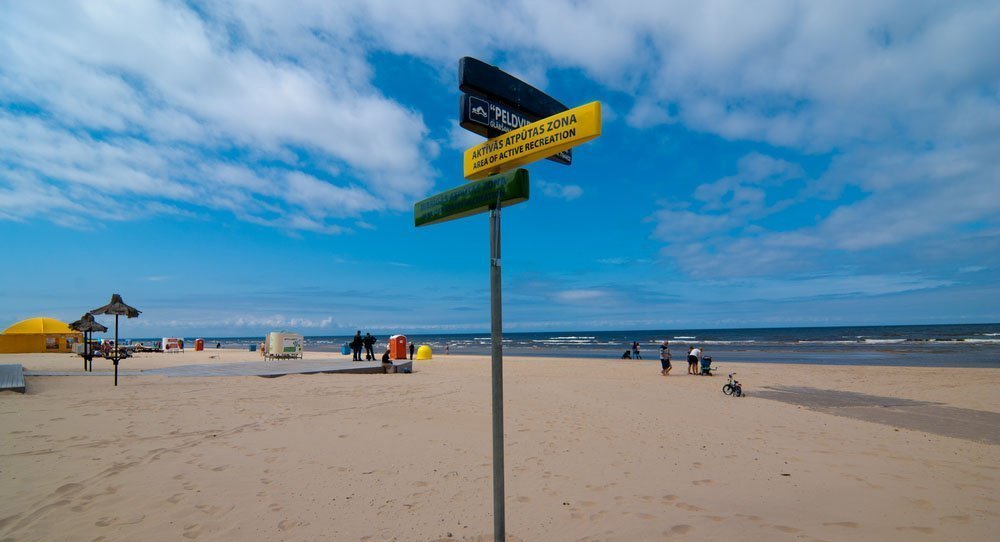 The ban on the background of USA tanks: Latvia may close a residence permit for the Russians