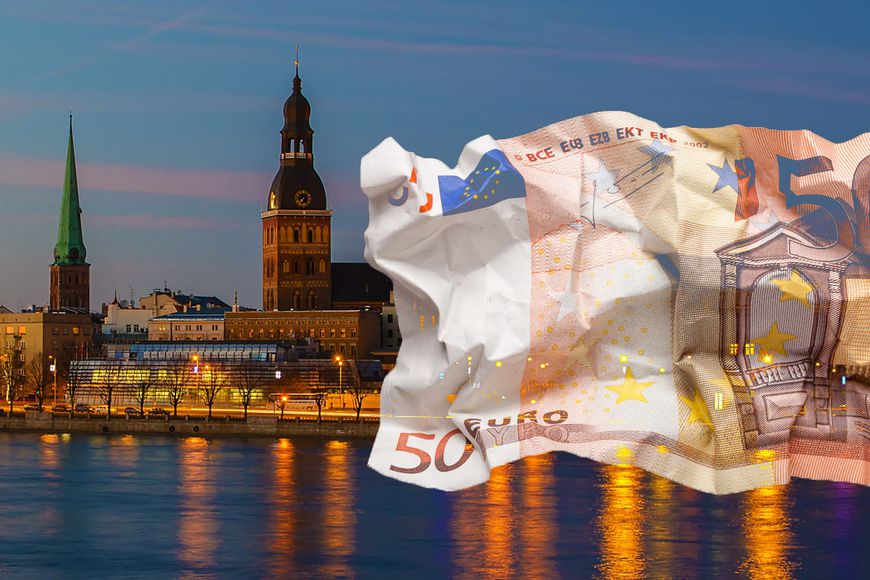 Latvia joined the eurozone on January 1, 2014. Optimists pointed numerous benefits, skeptics searched for confirmations of their worst expectations. Nevertheless, during the last three months people got used to pay in new currency. How has joining the eurozone affected the real estate market in Latvia?

We’ll note that not everything is necessarily directly linked to the euro. Many of the changes simply coincided in time and they are due to the state of the economy as a whole, as well as politics and changes on the international arena. Nevertheless, certain trends are perfectly visible. 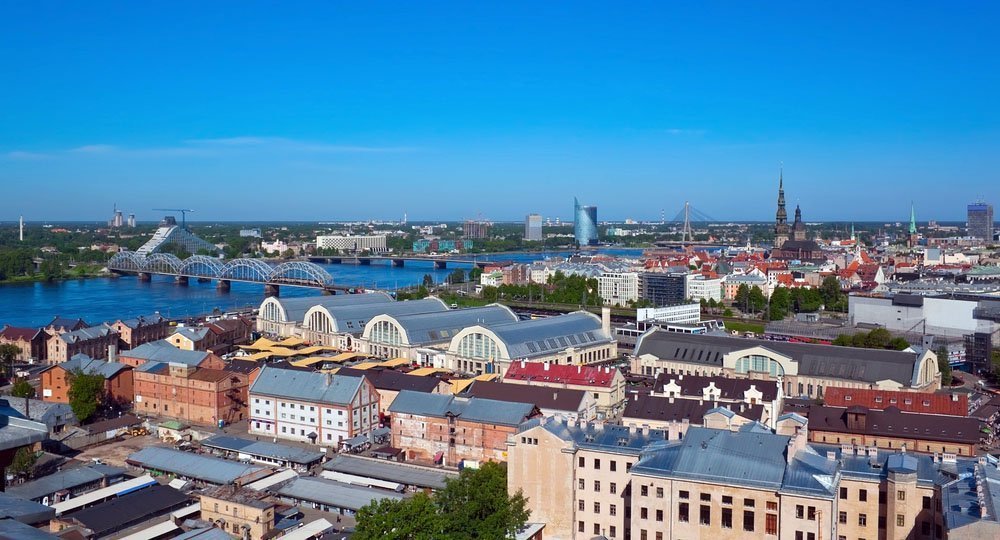 Real estate in Latvia was not ready by the new year, that is, to the "x" - moment. It did not grow in prices to obscene values ​​and did not collapse to the worst times of 2009. And yet, according KnightFrank, for the year housing in Latvia began to cost more by 3%, while for 2012 it added only 1.9% to the price. Obviously, though growth is still low, its speed is accelerating.

Riga is also growing, in approximately the same sluggish pace, but it is working up the speed. According to Ober-Haus Real Estate Advisors, in 2012 a square meter of real estate went up by €20, and in 2013 - already by €40, to €1,033. Housing in standard high-rise buildings sells well. But since the beginning of this year it has risen in price by 5%, to €625-630 per sq.m. 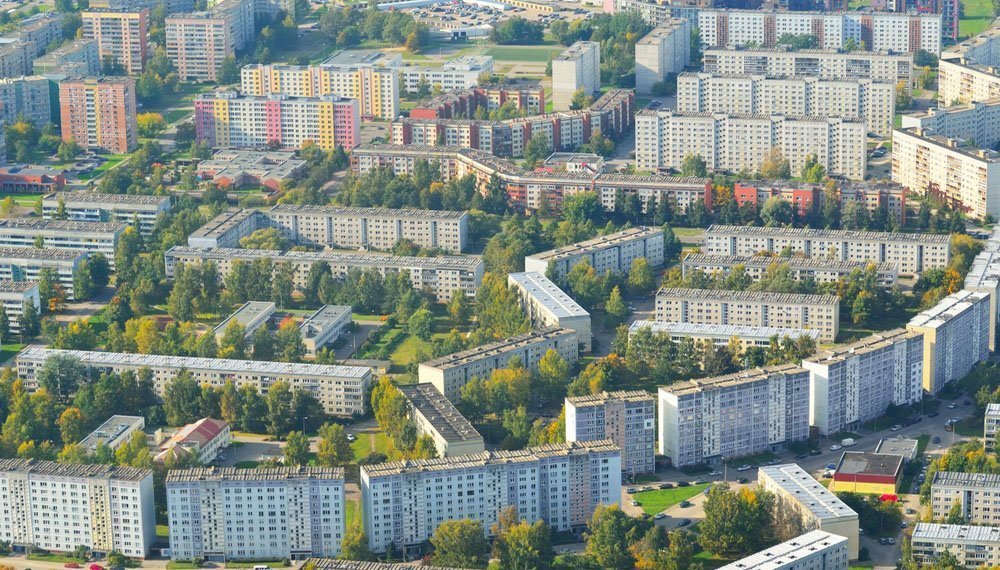 However, as Andrejs Kozels, director of residential property department Realia, explained to ee24.com, the market has long been ready to adopt the euro: "Transactions are in euro as they used to be. Only properties on the outskirts of cities and in distant regions of Latvia were sold in local currency." Indeed, there is a point of view that real estate rose slightly in price not because of the introduction of the euro, but because of the general improvement of the economic situation in the country.

2 . Uncertainty in the euro or confidence in the prospects of the market? Why sales increased.

The number of real estate transactions increased during the run-up of adopting the euro on Latvian soil. In 2013 their number increased by 11.6% and amounted to 44,000. Meanwhile the highest growth happened to be in housing segment: apartment sales increased by more than 20%, sales of private houses – by more than 13%.

And the euro is already in Latvia. Potential real estate buyers decided not to pay for the euro, but to pay in euro! In January, there were new records: there were more transactions than usual for this month. Julia Geveyler, head of new projects in Latvian company Realia believes that buyers’ activity is associated with the country's joining the eurozone. 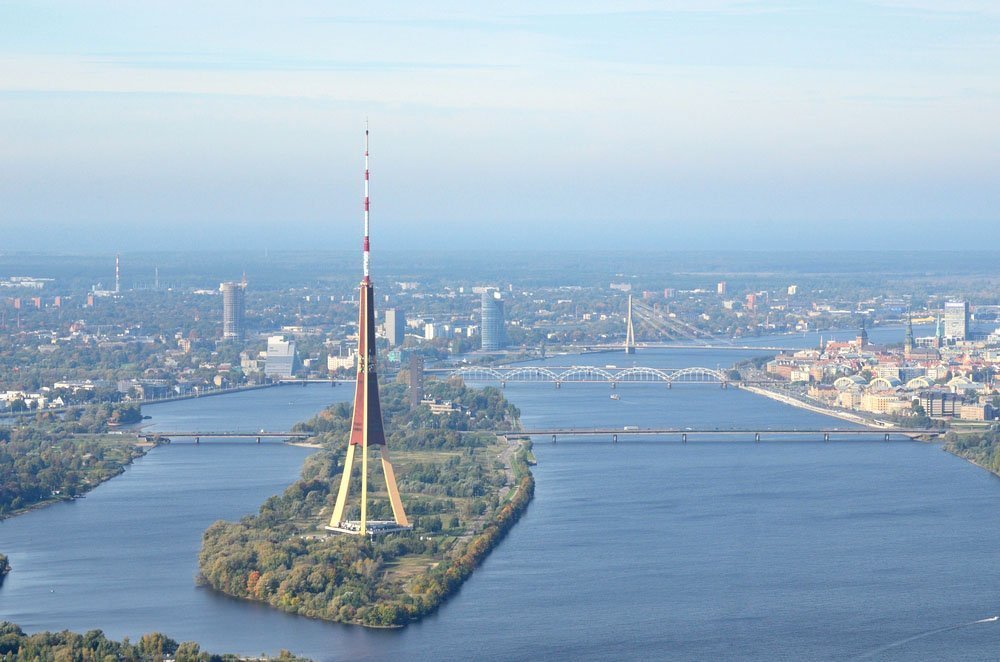 "There may have been some people who were afraid of possible currency fluctuations or other finance-related global changes, and wanted a faster profitable use of their savings. In this case, the investment in real estate is a far-sighted decision." According to Julia, while joining the eurozone, property prices increased by 7.5% and many people decided not to wait, fearing that it is only the beginning. According to SEB bank, in December, right before adopting the euro, 53% of the population expected further price growth of real estate, 27% believed that prices would not change, and only 7% believed in their decline.

3. The number of provided mortgage loans is growing

Demand has increased, wages have not grown so much, so the queue for a mortgage has increased. Especially due to the fact that legislation is changing, people are rushing to get loans with "simple" conditions. According to the data of first half of 2013, Latvia was in the lead in the Baltic States by growth in the number of mortgage loans. Banks provided more than €103 million, a quarter more than in the same period of 2012. 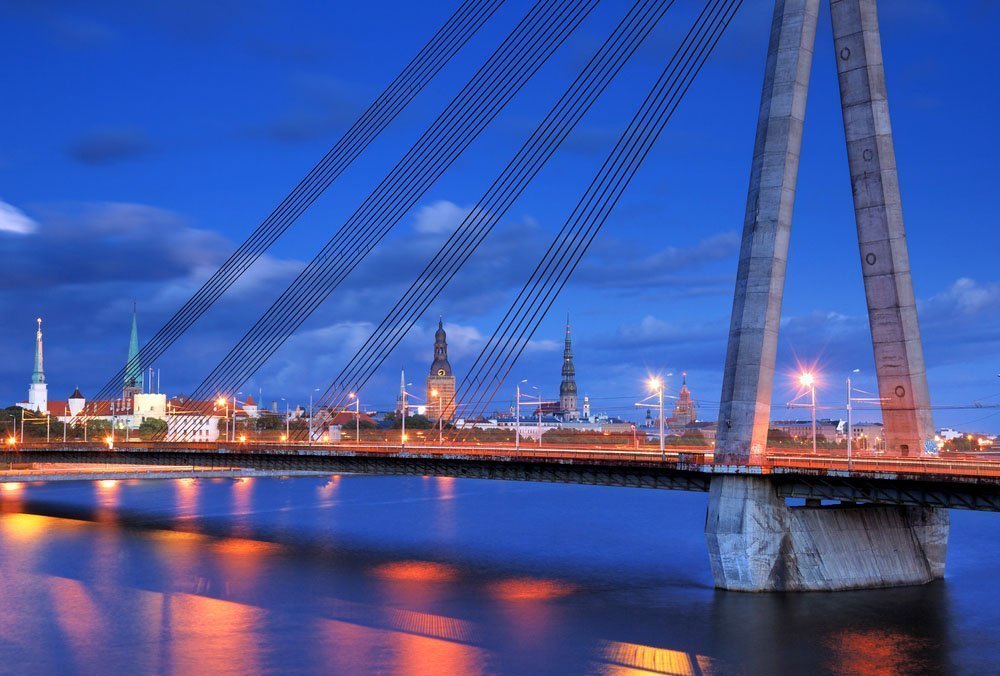 The Latvians feared the introduction of amendments to the "left keys" principle to the Insolvency Act. Now there is a scheme, which can be explained in short as follows: if the borrower can no longer pay, the bank withdraws his apartment and sells it at auction, and the borrower must repay the bank the difference between the selling price and the amount of the remaining debt. More simply said: you bought an apartment for €120,000, you took a €100,000 in a bank, paid €30,000, lost your source of income, and €70,000 remain to be paid. The bank sold your apartment in Latvia, for example, for €60,000, so you need to compensate the bank the remaining €10,000.

The left keys principle (or simply keys principle) implies: if you can no longer pay for housing - move out, leave the keys to the bank, and neither you nor your guarantors owe anything. Naturally, banks’ risks increase and they will try to compensate them for clients’ expense. Firstly, a more careful selection of candidates. Many will be refused to get a loan. Secondly, issue of smaller amounts. The percentage of borrowed funds will be reduced, and the first installment will reach 50% - many people simply do not have it. Thirdly, rates can rise. 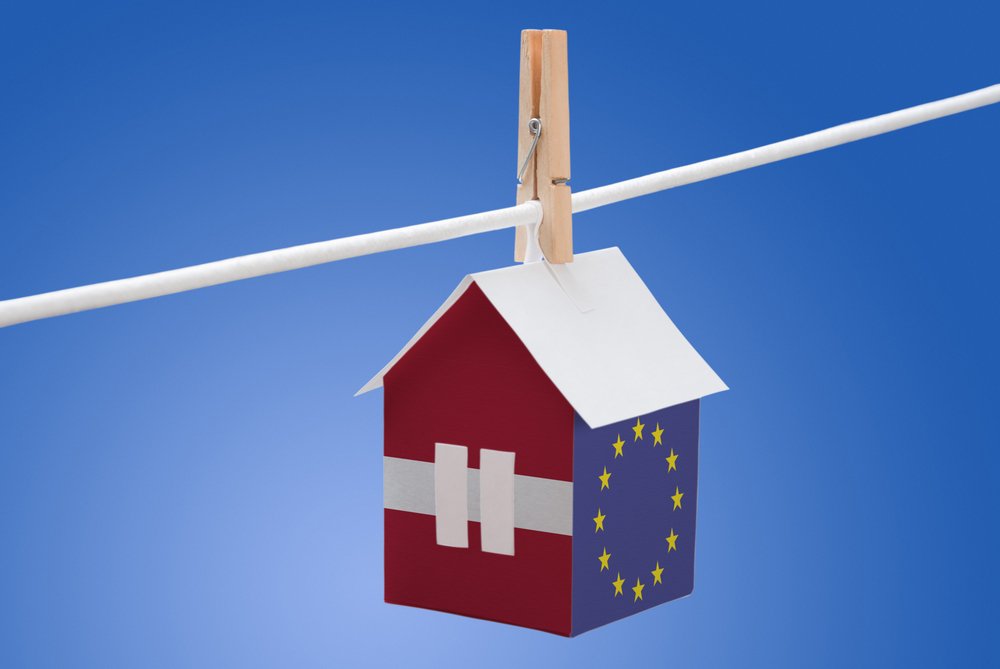 You do not have to go far for examples: Andrejs Kozels said that one of the Latvian banks had already moved on to the keys principle and the initial payment for the citizens there rose up to 30-40%. In other banks which operate without any risks, it is about 10% for new buildings and 20% for the secondary market. By the way, for foreigners there are other, stricter conditions.

4. There is enough real estate for everyone, but not everywhere

All well located and renovated apartments in the center of Riga, the Old town, have already been sold to the Latvians and the Russians as well. The latter compare their life conditions in Moscow or St. Petersburg with the offered options. "The apartments, that could offer similar opportunities in the Old Town, have long been sold or rented out long ago and they are not in active market turnover", says Julia Geveyler. "In turn, among those which are still on the market, some are offered at disproportionately high prices and some do not meet buyers’ requirements."

Prices for apartments in the Old Town can reach €3,000-6,000 per square meter, while many of them are in poor condition or the view from the window is clearly not the way it is supposed to be for the required amount. But even if the apartment is with old wallpaper and faces the yard, the owners say: it's the Old Town, what price did you expect? 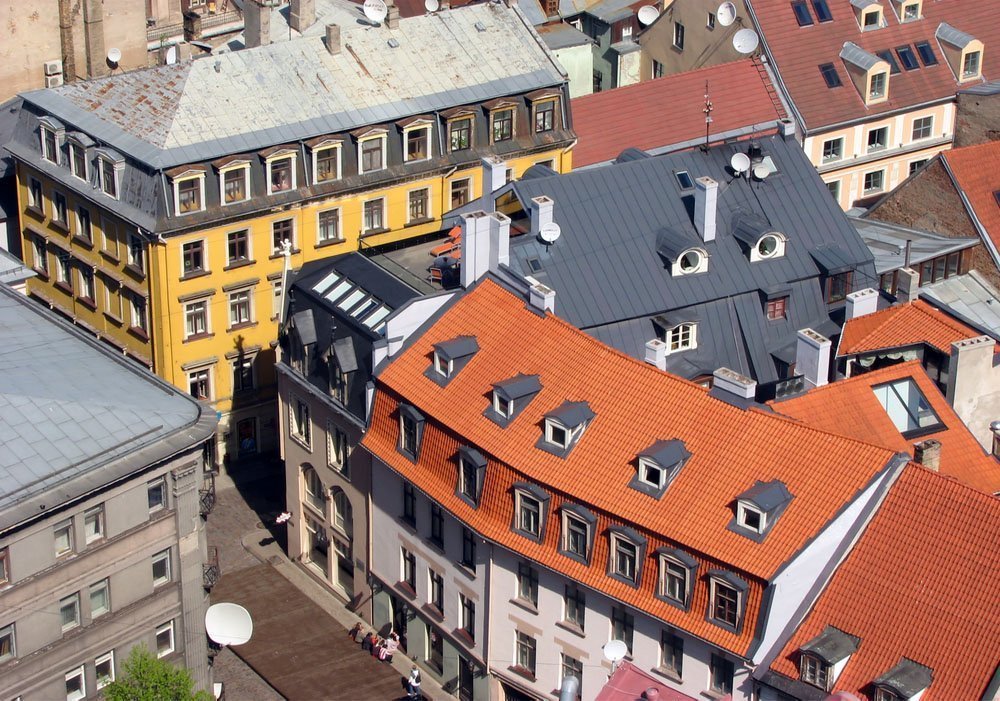 Clients go to the suburbs. Andrejs Kozels says that you can buy a house that was started before the crisis at a distance of 10-20 km from Riga in the range of €50,000-120,000. You should only invest in finishing and minor repairs. "In most cases, these houses or apartments do not have completed finishing, but they have ​​all the utilities, finished facade, there is a good roofing, windows, doors," notes Andrejs. Buying houses in Latvia in new settlements with security, infrastructure and amenities is not less, but even more interesting.

5. Residence permit: the Chinese are catching up with the Russians, but victory is still far away

From the start of the program issuing residence permit in Latvia in exchange for purchase of real estate and till the end of 2013 such permits were granted to 6,7 thousand Russians and 0.6 thousand Chinese. This is 11 to 1. Only last year 3,090 Russians and 445 Chinese got residence for investment. This is a 7 to 1. During the first two months of 2014, 573 Russians and 170 Chinese have received residence permit. This is almost 3 to 1.

Well, that seems like China found out the news about a cheap residence permit in Europe. And that such possibility can soon be finished by the Sejm deputies. At the end of 2013 they planned to set quotas for issuing residence permits and to raise the minimum property price, necessary for obtaining the permit. It has created a certain excitement. In 2013, 20 people obtained documents every day. Now, when the situation subsided and deputies have taken a timeout, the authorities provide only 15.5 permits per day. But soon things can change: it is expected that in April Sejm will discuss amendments to the immigration law again and raise the investment bar from current €142,000 / €71,000 to €250,000.