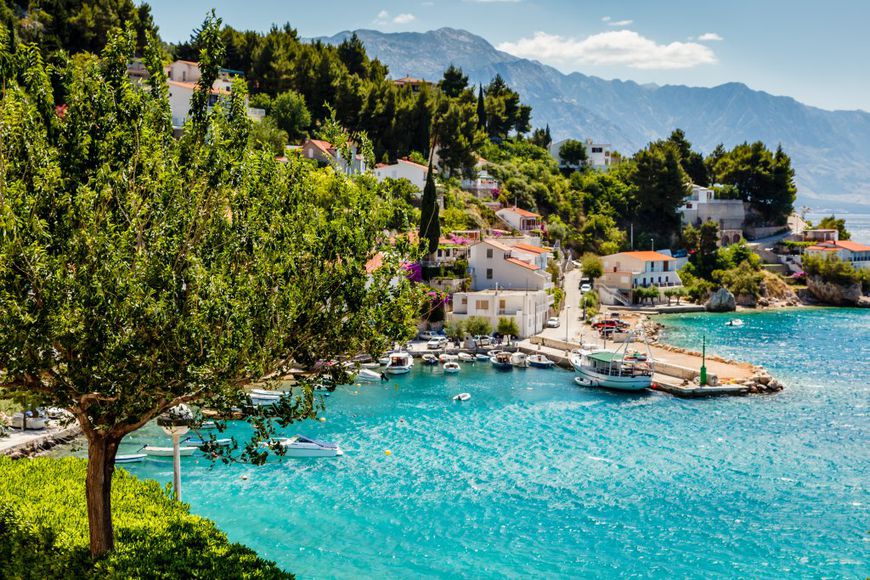 "Croatia? Oh, you have a stunning nature! But the administration is really poor!" is a regular review, which endows the country of a thousand islands professional investors from abroad. Croatia impresses with its forests, coves and bays, nature, sea and historical monuments. In this article we will look at current trends in the field of real estate in Croatia and will try to answer the question whether the interest in Croatian square meters from the side of foreign investors will be growing.

Most often in Croatian real estate are investing Germans and Slovenes. Traditionally are active investors from the UK, Austria, Denmark, Italy. In 2015 most notably increased the number of transactions with Russian citizens. The increase was 438% compared to 2014.

What regions of Croatia are interesting to foreign buyers?

According to the owner of real estate Eurovila Sergio Serdarušić, housing prices in Croatia are heterogeneous. In some areas of Croatia objects still sold well, and their price was not reduced. And somewhere housing idle and depreciates.

The most promising for investment, the сentral parts of Zagreb and the most popular among tourists citшуы - Split, Hvar and Dubrovnik. Here there is a noticeable increase in demand.

The best properties in these areas have already sold out. Moreover, here there are laws that limit the construction of new houses. It is logical that the prices here are quite steady since there is no competition.

As shown by the recently held international real estate exhibition MIPIM, foreigners are very interested in real estate, located on the coast. Another point in favor of the Croatian real estate – a sharp decrease in interest rates on long-term loans. Buying holiday property in Croatia and renting it out, you can achieve annual returns of 5-6%. The return on investment is already possible in 12-14 years.

For a long time investors avoided the Croatian market due to bureaucratic obstacles. In recent years, the Croatian authorities are trying to solve many problems, so the situation may change for the better in the near future. For example, in 2014 the Croatian government has allowed homebuyers who do not have citizenship of the European Union to make a deal for an individual. Before the non-EU citizens had to open the legal entity and to register the transaction on the company. Registration of legal entities took about a month. Cancellation of this order considerably simplified the purchasing process and allowed investors to "save money" on the company. This is one of the reasons why in 2015 the real estate market of Croatia gradually began to revive. The introduction of real estate tax in Croatia

Recently, the media reported about the imminent introduction of a property tax. From the fact, whether it will be accepted and in what form, depends the final shape of the tax system of Croatia. And, consequently, the level of attractiveness of the region for investors from abroad.

Presumably the tax will be imposed on persons owning two or more properties but not living in them and not handing them out.

Members of the Economic chamber of Croatia at a recent forum of the real estate business called for a "cautious" introduction of this tax. It is necessary to provide all the positive and negative consequences. Many experts agree with this point of view. Deputy Director of tax service of Croatia Marijana Vuraić Kudeljan promised that the tax "will replace the existing utility bills". She also mentioned that the tax administration has established a working group that analyzes the tax system. The public will know about the results of the work of this group very soon – at the end of June. Then the debate will follow: public discussion of the project. And yet, according to the Economic chamber of Croatia, the property market is stagnating. The average price of the Croatian housing fell by 3%, while in the EU the same objects became more expensive. In fairness, in 2015 the stagnation of prices in Croatia have been the lowest over the last 6 years.

Vice-President of economic chamber of Croatia Josip Zaher noted a slight increase in the number of foreign buyers. It seems that the Croatian real estate market starts to revive. The level of stagnation in average prices over the last 6 years was the lowest. Here you can find a lot of good objects with a high yield, and foreign investors begin to realize it.

Another point in favor of Croatia – low interest rates on mortgages. And a permit to non-EU residents to purchase property as an individual prove that the authorities are ready to meet foreign investors. With regard to the impending tax reform, largely depends the future level of attractiveness of the region. The portal Ee24.com will monitor the situation and keep you informed about it!