It’s all about property in Istanbul: unbricking the city 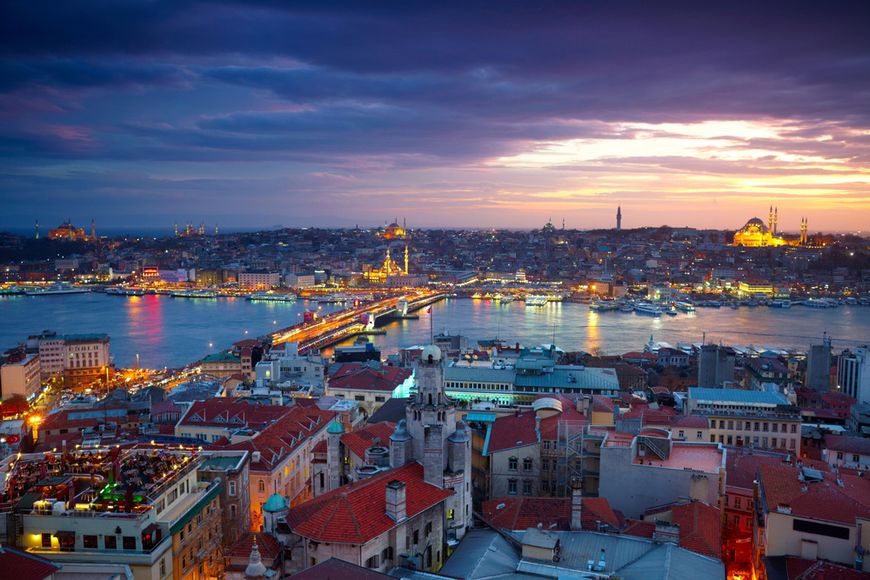 In recent years, the potential of Istanbul real estate market has dramatically increased. If you buy an apartment now, marketers promise a bright financial future and an excellent opportunity to earn on renting or resale. Why is this so and where is real cheap property in Istanbul?​

4 reasons why you shouldn’t delay the purchase

Demographic boom. Almost 78 million people live in Turkey – it’s the third largest European area after Russia and Germany. But not for long: Turkey will overtake Germany in less than a decade, and in the 2030s will reach milestone of 90 million inhabitants. Their lion's share is concentrated in Istanbul, the largest city in Europe. According to the forecasts made by Turkish authorities, 2.2 million people will move to this metropolis in the next 8 years, bringing Istanbul’s population to 16.6 million people. This is a positive trend for buyers. First, searching tenants will be easy, and secondly, most likely it will be possible to re-sell the apartment with profit. 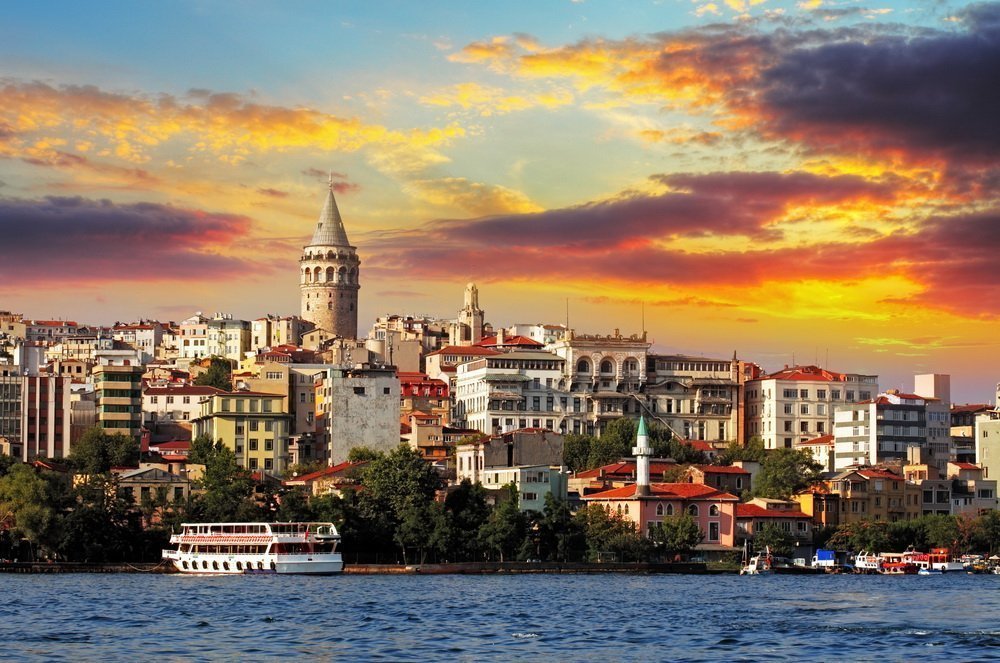 The increase of real demand. The more are the people, the more square meters they need. Not to mention the natural growth of appetites of every new generation – Turks desire and like to live well, and statistics say that each of them have a separate room (according to statistics, 1.1 person per room including bedrooms and living rooms).

Foreign demand for real estate in Turkey is also growing; in 2014 it increased by half – from 12,200 to 19,000 purchases with 5,600 made in Istanbul. However, the share of transactions with foreigners made on this market remains scanty (1 to 40; these are often the British, Germans or Saud). It is expected that this year the overseas interest in Istanbul real estate will increase as prices remain low and the lira remains weak against the pound and the euro. 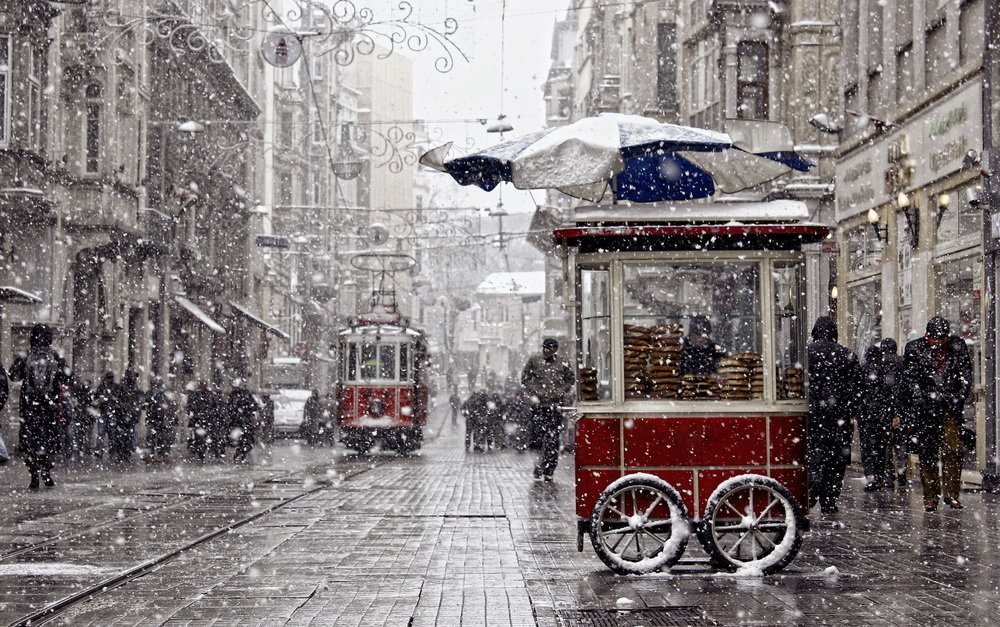 The growth of housing prices. Turkey is one of European’s leaders in terms of housing prices growth. In a year, country’s real estate increased by 14% (Knight Frank). And Istanbul is no exception, but rather a locomotive: since January 2014 till January 2015 the change in local currency exceeded 20%. Prices for Istanbul’s square meters have been continuously increasing for the past 6 years. There are no any preconditions that situation is to change. 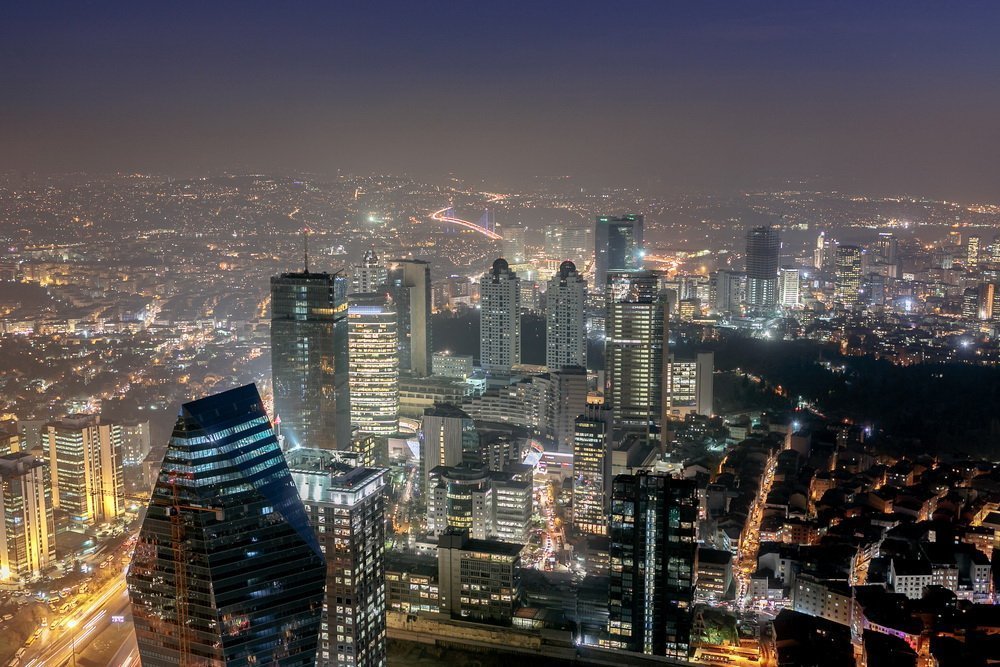 Development surpasses an infrastructure. The authorities of Istanbul solve the traffic jams problem in complex, especially recently, so that life in this metropolis remained comfortable for everyone, despite of the constant influx of population. In 2013, it was opened the Marmaray rail tunnel passing under the Bosphorus and connecting Europe and Asia. This line stations are equipped with connection points leading to subway, light rail and trams. Six months later, they promise to open the third bridge over the Bosphorus with 4 lanes in each direction and train. Properties in areas affected by these large-scale constructions are getting expectedly expensive. In addition, by 2017 the Turks promise to build the world’s largest airport. 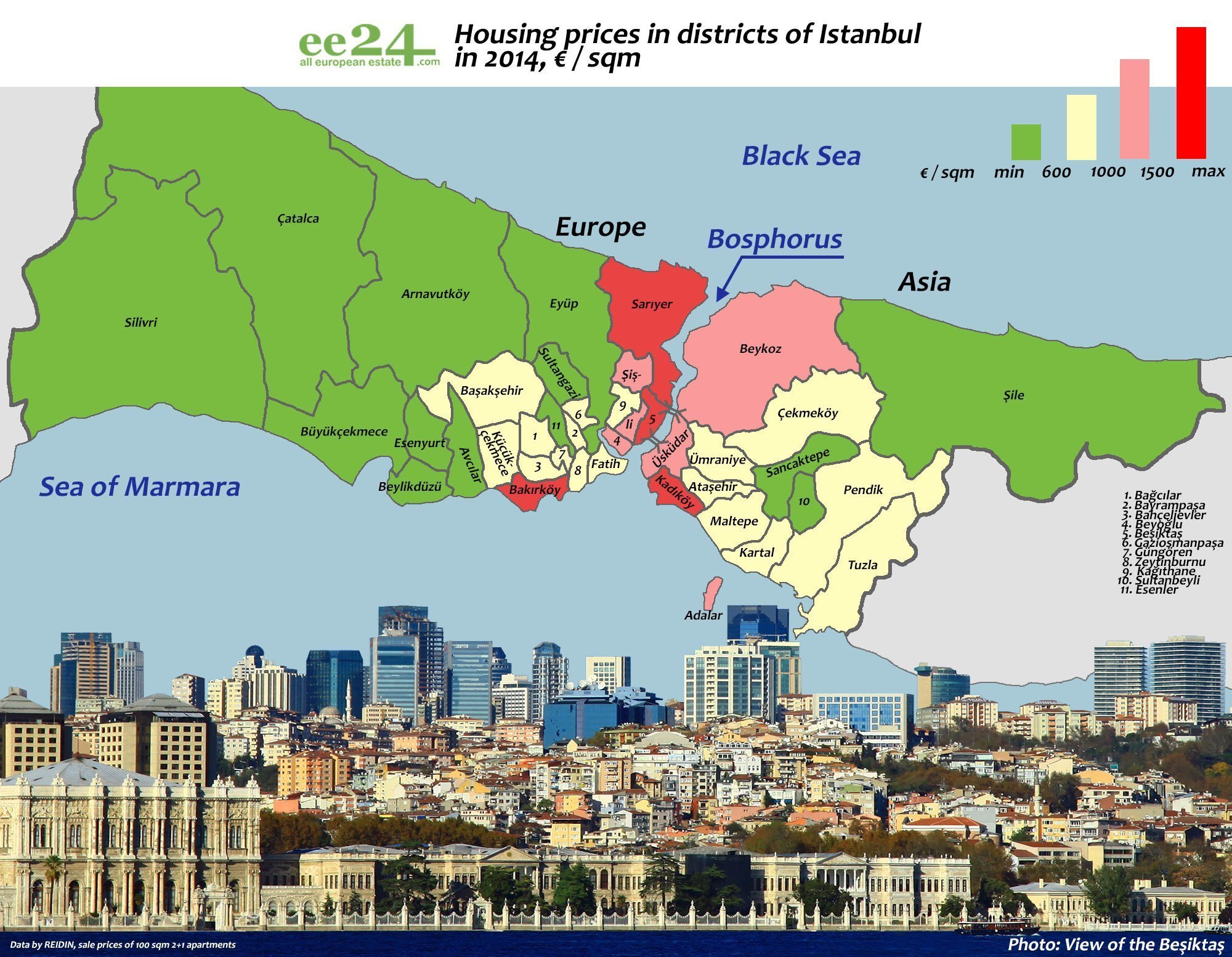 When realtors say that average property prices in Istanbul are among the lowest if compared to other European metropolitan areas, they are playing a bit hanky-panky. Istanbul area already exceeds the area of New Moscow by more than two fold. Its area is 130 * 40 km, where urban spaces are interspersed with forests, coastal towns with rural villages, and there is calculated the average Istanbul cost per square meter which in January 2015 amounted to €855 (REIDIN).

Having €50,000-60,000, one may count on a good offer, but located on the periphery. Purchasing an apartment in the center of Istanbul for that money is problematic; the only possible option is very old building. In the old central districts, where almost every building needs renovation, prices start from €120,000 and in more prestigious areas of the center the average price tag for spacious apartment is €180,000-250,000. 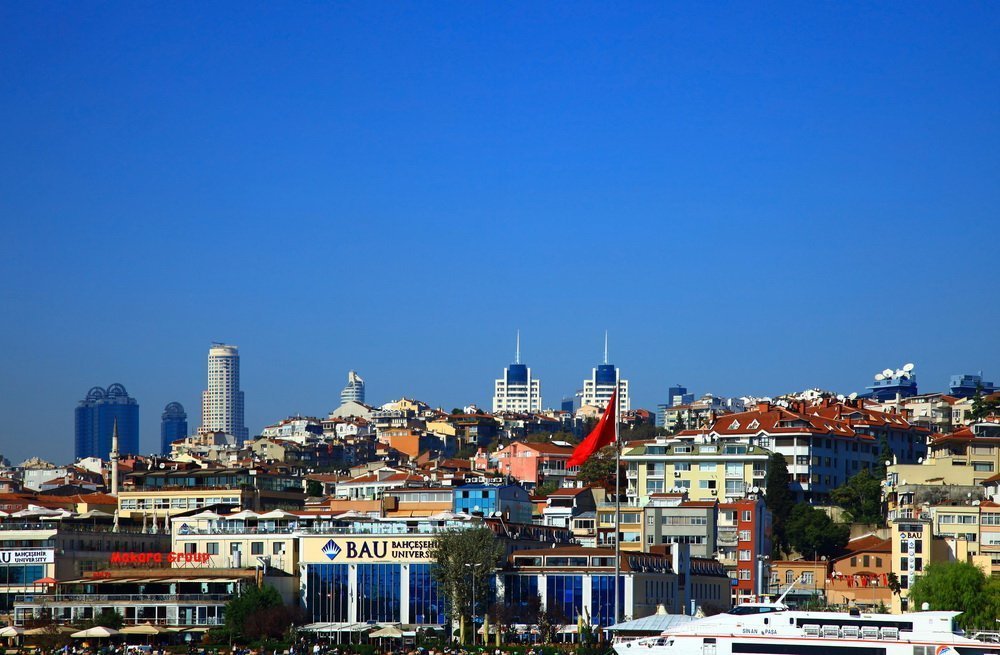 Beşiktaş. Modern district on the European side of the Bosphorus, the center of business life, the center of skyscrapers, hotels and luxury mansions, which offer views of the neighboring continent. Two-bedroom apartment costs about €200,000-250,000. In some quarters of Beşiktaş, for example, in Bebek, price per square meter reaches €5,000.

Beyoğlu. Another coastal area of European Istanbul, full of points of interest (on its Galata is located the same named tower – one of the city symbols). Beyoğlu's bohemian atmosphere, combined with a wide range of entertainment, attract creative young people. Spacious two bedroom apartment costs €100,000-200,000 and might be rented out for €1,000 per month. 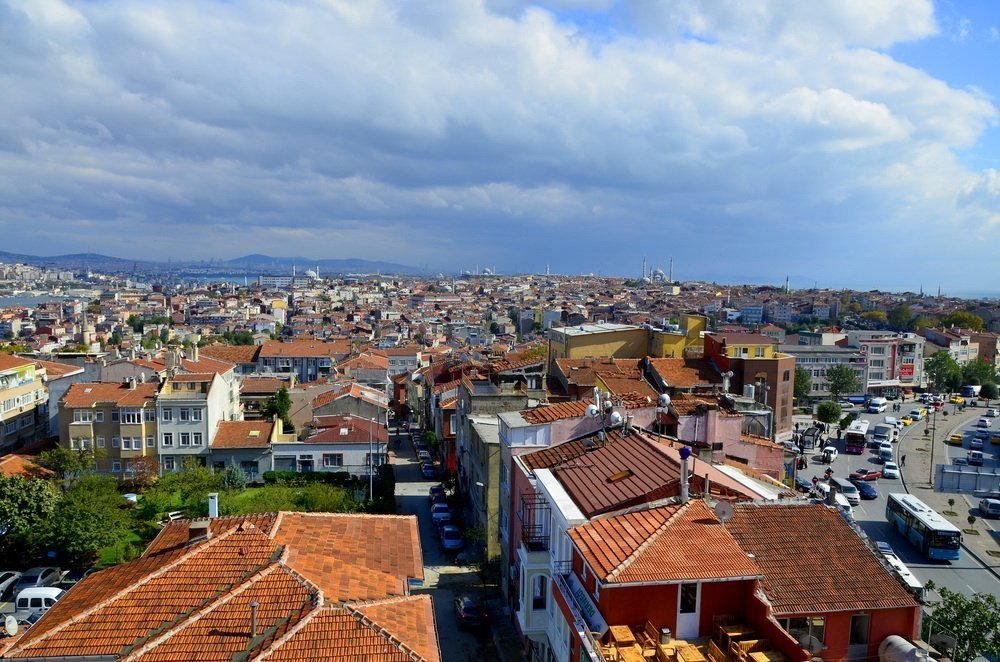 Fatih. Historic district of the old town, and the most interesting for tourists. There is located the Hagia Sophia – the main attraction of the whole Turkey. Despite its central location, housing is poor there and the district is considered poor and immigrant (lot of Russians), and not the most prosperous in terms of crime. No wonder that influenced of this set of goods, the average cost per square meter is €1,000.

Bakırköy. Classic residential area on the shore of the Sea of Marmara, half an hour from the city center and close to the Atatürk Airport. Property prices in this part of Istanbul are about €2,000 per sq. m. (in new elite projects with sea view – € 4000-5000), but the yield from the lease is substantially less than in the center – about 4-4.5% per annum. 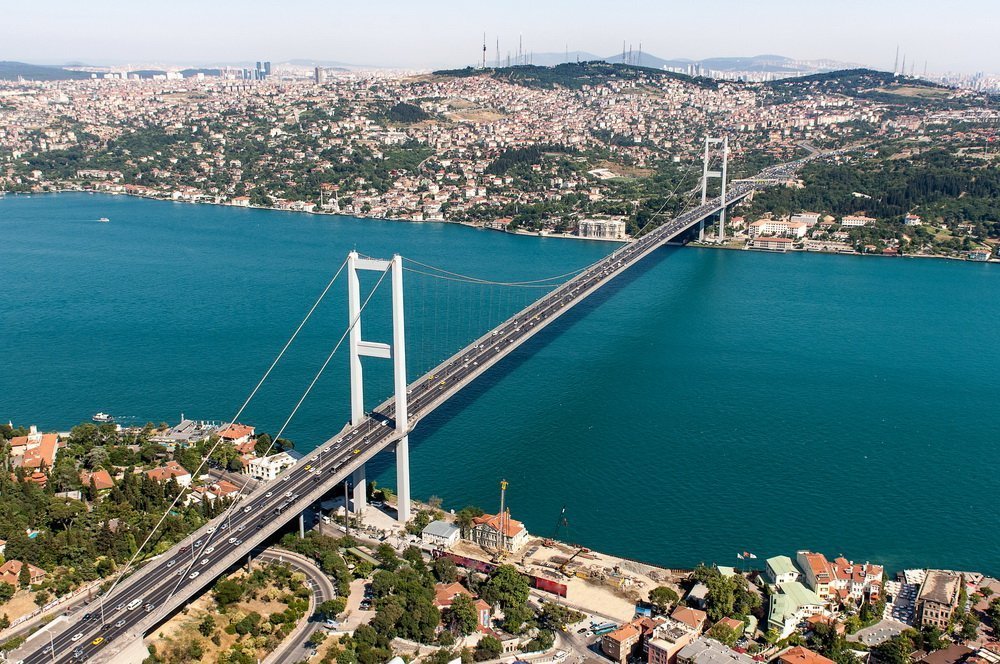 Beylikdüzü. The sleeping area of Istanbul with typical low-rise buildings, which also borders with the Sea of Marmara. Construction is active there, and the city gradually comes to the fields and private houses. As this area is new, located away from the main public transport lines, and the way to the center by car takes about an hour. In Beylikdüzü come young families with children wishing to buy property in Istanbul at low prices – for €50,000-60,000. For example, one-bedroom apartment in new complex with parking, swimming pool, gym and children's playground is for sale for only €52,000.

Asian Side. On the opposite side of the Bosphorus spread another interesting districts of Istanbul, focused on entirely different people. For example, a retail and office Asian center of Ataşehir is full of high-rise buildings, two-bedroom apartment in one of which may be purchased for €90,000-120,000. Or Kartal, which is currently built with villas, high-end modern residential complexes, shopping and entertainment centers. This district is located on the beach, 30 km away from the center of Istanbul, but between the Bosphorus and Kartal is lying underground, and in the future there will be Marmaray train line allowing travel to Europe without connections. So real estate in these Istanbul's suburb will become more expensive, but meantime an apartment of 66 sq.m. waits for its owner for €85,000.

Beauty has its price: Istanbul skyscrapers will be torn down

Property in city Istanbul
Request for a property