How can a foreigner get a mortgage in Turkey? 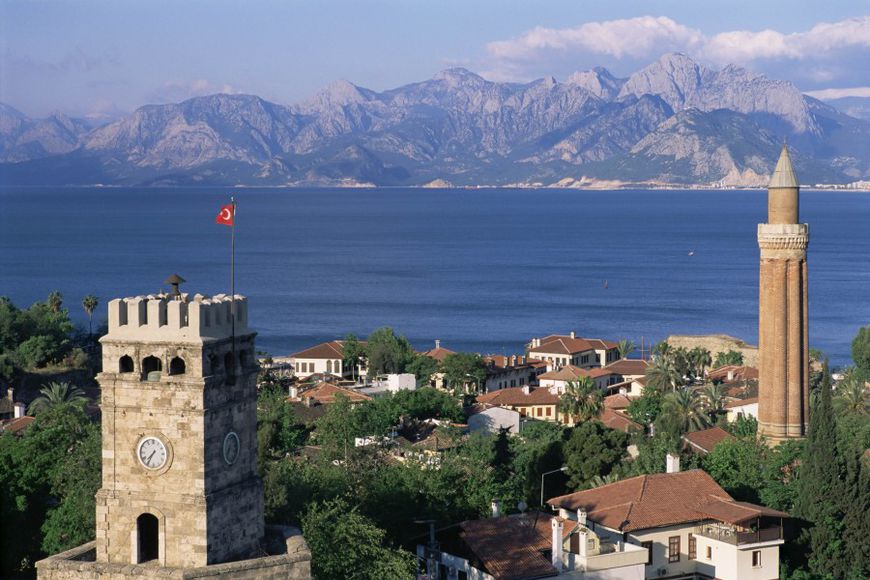 Due to steady price growth and high demand for property from buyers from all over the world, Turkey is becoming more and more popular destination for investors. Military coup attempt in Turkey and the introduction of a state of national emergency did not undermine the competitiveness of the local real estate market. There were not made any restrictions on investment by foreigners.

The government seeks to engage in real estate sphere as many foreign buyers as it is possible. Are made the conditions, which are hard to refuse. For example, a contract of sale in Turkey does not need to be notarized, and the property owner instead of stacks of paper is issued only one document. According to Colliers International, the cost of housing in Turkey since 2010, has risen by 93%. Annual growth in the first quarter of 2016 is 15%.

How easy and profitable is to take a mortgage in a Turkish Bank? What are the requirements to borrowers? What is a "military solution" and what for is it needed? The answers to these and other questions you will find in this publication. In 2007,Turkey adopted the law on mortgage lending. Until 2007, in this country there was no possibility to buy a property using a mortgage for foreigners as well as forand Turkish citizens.

In general, the principles of obtaining a mortgage in Turkey is no different from the rules of the mortgage loan in such more developed in this respect countries like Spain or France. However, the process may take longer time.

The size of the loan

The maximum possible loan amount is 70% of the purchase amount. While a mortgage can only be obtained in major cities and resorts such as Istanbul, Alanya, Antalya, Bodrum, Aydin, Izmir, Didim, Kusadasi, Mugla etc. However, foreign buyers are usually interested only in those developed regions.

The rate of interest varies between 4.5% and 7.5%. At the same time your monthly mortgage payments should not exceed one third of income. Evidence of your ability to pay will be Bank statements, certificates of employment and other documents. The purchase of the object in a newly built house

Mortgages in Turkey can be obtained for the purchase of a property at the stage of construction. The project should be completed at least by 70%. The developer must have a technical passport.

Turkish developers (investors or construction companies) often cooperate with banks directly. In this case a mortgage loan can be obtained even at the initial stage of construction. The guarantor of the completion in this case is the Bank itself. This means that the money of borrowers are protected.

It should be noted that the construction in Turkey the a very quick process. Residential complex appears in a year or two. The standards of construction are on a high enough level.

The maximum term of loan – 15 years. At the end of the loan, the borrower should not be more than 80 years old. Age restrictions also vary from region to region, depend on currency and type of property. In case of early repayment of the loan shall be paid a penalty of 2% of the amount. 1. The passport of the buyer, translated into Turkish and notarized;

2. Copy of passport of the seller;

3. A copy of the document confirming the right of ownership (TAPU), which is issued by the Cadastral service;

4. Data sheet (provided by the developer);

6. A certificate of residency of the buyer;

7. Translated and attested income certificate of the borrower; Additionally a guarantee of your stable financial situation can be:

- the documents proving your ownership of the property in the homeland or in another country;

- information on other income;

- documents on the car.

The failure rate in mortgage to foreign nationals is minimal, provided that all documents are in order.

What is military permission?

Any foreign buyer of property in Turkey, regardless of whether he takes the credit in Bank or not, needs to obtain so-called Military permission from Izmir. This is standard procedure which should not be feared. Usually the military permission comes within 1,6 months after applying for the TAPU.