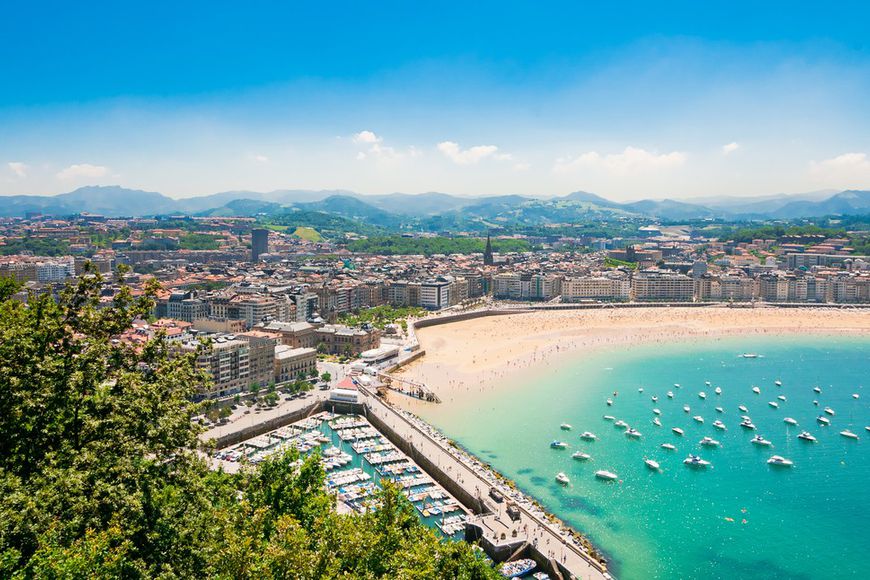 Great Britain – London, France – Paris, but what about Spain? In this country, the city with the most expensive real estate is neither Madrid nor Barcelona, but a small and quite provincial town of San Sebastian. Housing in this town costs 2.5 times more than average in Spain.

La Concha – the center of the city and the beach life

San Sebastian has not reached status of the regional capital. In the Basque Country it is only the third most important city after Bilbao and Vitoria. Its population is about 190,000 residents. Nowadays tolerance in the region has finally prevailed, so cities of the Basque Country are often called in two languages: Spanish and Basque. For example, Donostia-San Sebastian. The locals, by the way, call themselves the donostians (Spanish. los donostiarras), but not the San Sebastians. But for convenience we’ll use the usual Spanish form. 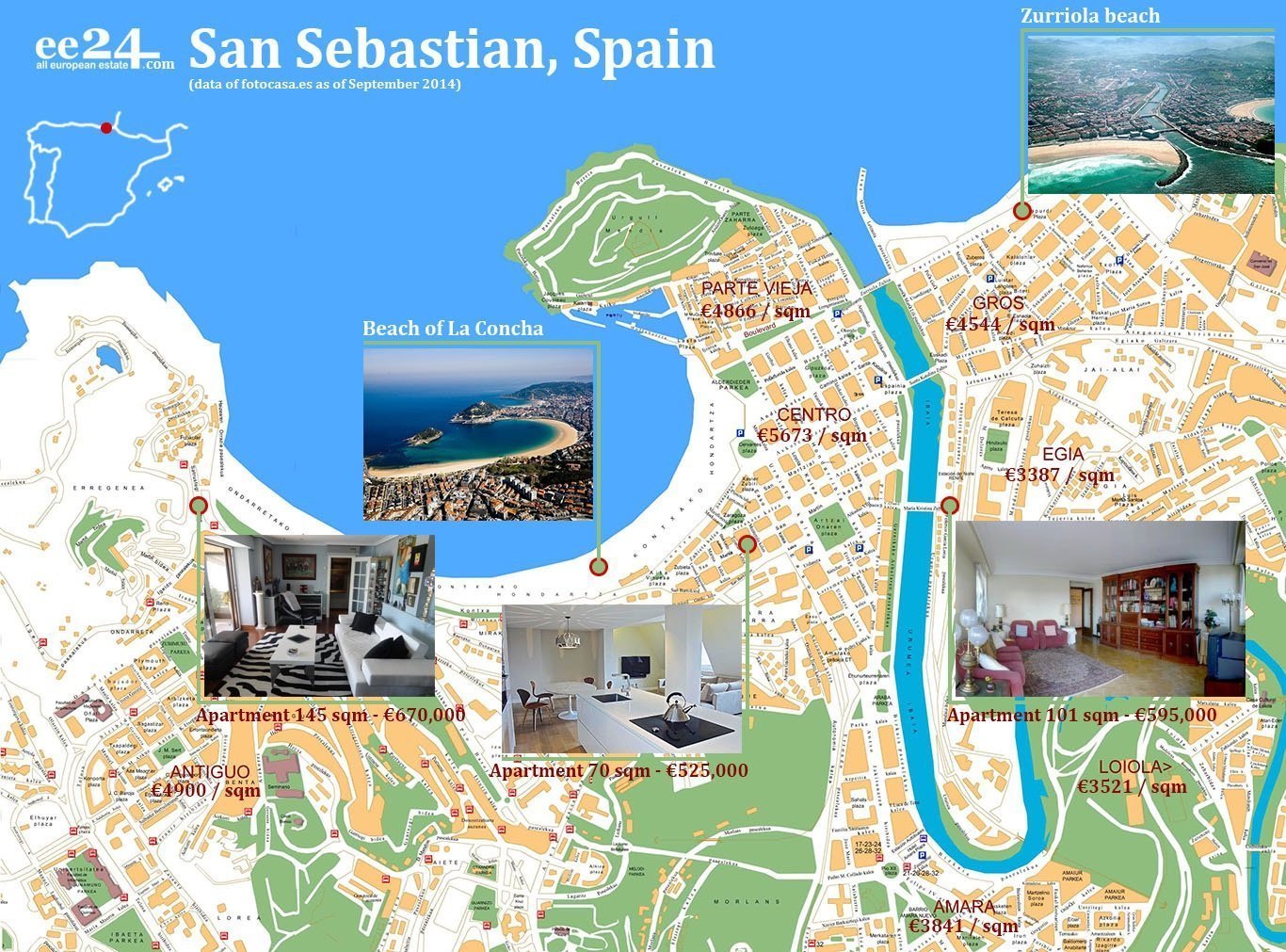 The city of San Sebastian is located on the Bay of Biscay, the Atlantic Ocean, near the border with France. The Pyrenees Mountains are close by, but the beaches are even closer, and they made this place world famous. La Concha Bay invades the heart of the town with its semicircular horseshoe, the beach town with the same name stretches along, by the way, one of the most famous in Europe. Title La Concha is associated with unusual form of the bay and is translated as "mollusk shell". And, as it is said in Spanish slang dictionary, not only like this...

Besides the stunning beaches, San Sebastian is famous for International Film Festival, carnival and parade of fireworks. Every week in the city there is something unusual, and most of the highlights are in autumn and winter, when there is no swimming season and residents must somehow entertain themselves and tourists. In December and February in the city it is usually 10 degrees, but every other day it rains. And in summer it is not too hot: 20-25 degrees. 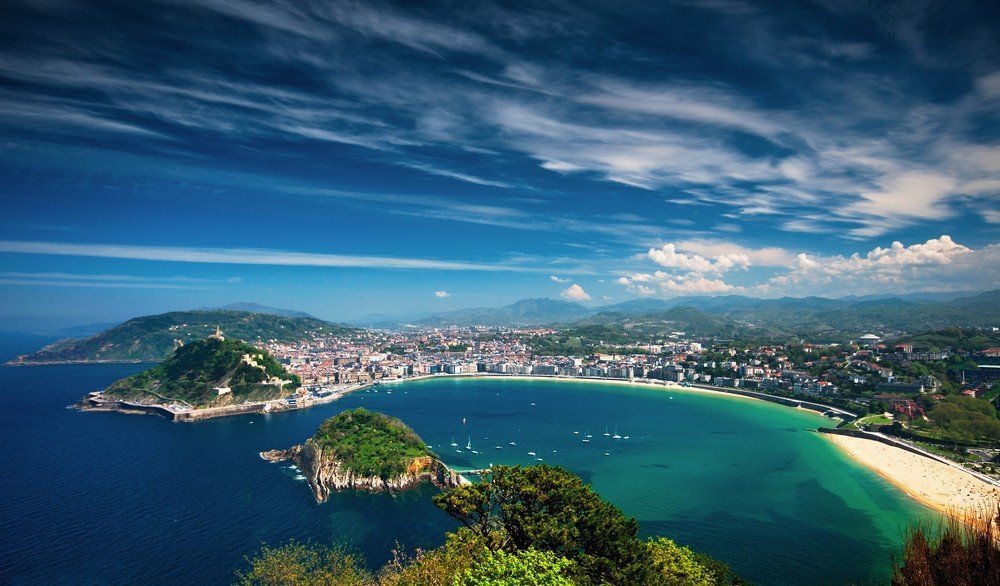 The most expensive square meters in Spain

According to portal fotocasa.es, which monitors monthly prices in Spanish regions, San Sebastian consistently takes the top place on the cost of housing. You could buy property in San Sebastian in September for €4,117 per sq.m., which is 2.5 times more than average Spanish €1,647 per sq.m. Even the capitals can not compete with a small town in the north-east of the country. Real estate in Barcelona costs €3,278 per sq.m., and in Madrid even less – €2,620 per sq.m.

The most expensive houses and apartments in San Sebastian, as in most cities in the world, are located in the center and old town. A square meter of living space there costs €5,000 – €6,000. But Mirakontxa st. is outstandingly expensive. It stretches along the beach, which was described above. It is the leader of all Spain, where buyers pay €9,000 – €10,000 per sq.m. as in London. 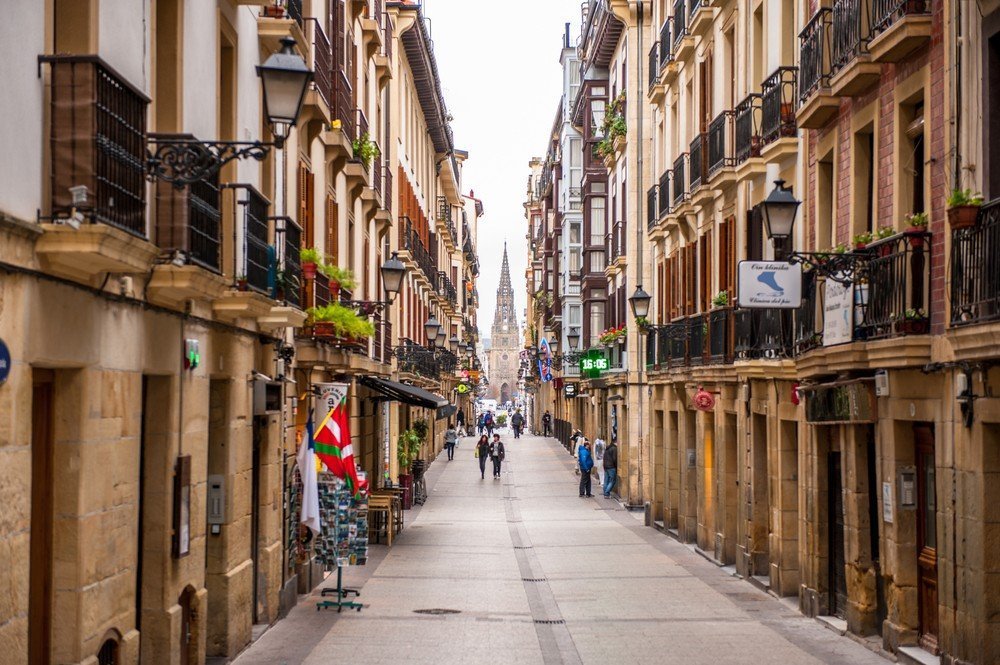 Old town. San Sebastian will be the European capital of culture in 2016

Another prestigious neighborhood is Gros, located on the opposite bank of the river. This place will satisfy fans of shopping, art lovers and surfers. Beach La Zurriola is lovated where the river flows into the ocean. In contrast to the La Concha, which is securely sheltered from the wind, waves on La Zurriola are real deal so families with children avoid it. You can settle in the neighborhood of Gros for €4,500 per sq.m

The most affordable housing in San Sebastian is advised to seek in the east of the city, around the train platform Herrera – it's about 3 km from the beaches. The average price tag for the area does not exceed €2,500 – 3,000 per sq.m. 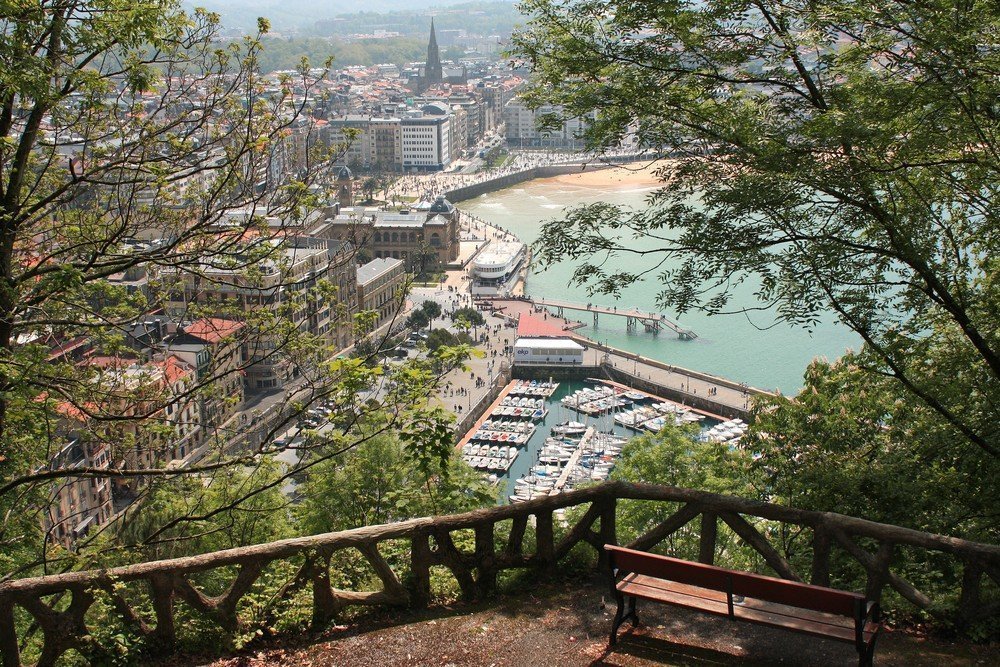 So far, the Atlantic coast of Spain is not very popular among foreigners: it is believed that climate there is worse and real estate is more expensive. After the crisis, buyers from abroad rushed to the cheapened Costa Blanca, but in the Basque Country prices did not go down so much to compete – there was no construction boom. Statistical authorities say that in 2001-2011, the number of houses in the Basque province of Guipuzcoa, where San Sebastian is located, increased by 11%, whereas in the whole of Spain by full 20%.

High cost has the other side of the coin: thanks of its cost, housing is suitable for those who want to get a residence permit. Residence permit for buying property from €500,000 is the easiest but expensive way to move to Spain. The main foreign buyers of property in San Sebastian, the French, do not need Spanish residence permit, but it is useful for the Russians, and over the last years local realtors started to understand it. 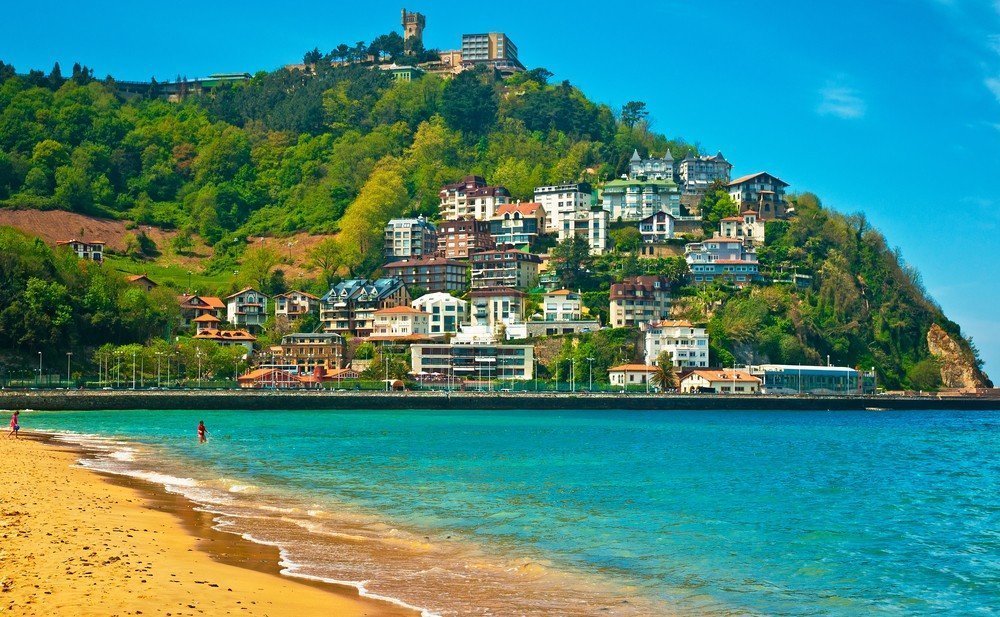 Apartment in San Sebastian of 70 sq.m. on the top floor of the house, a few steps from the beach of La Concha, costs €525,000. (For this amount on the Costa Blanca, you can count on a luxury villa with a pool by the sea!) In the case with San Sebastian the situation in the regional market, central location of the property, modern interior design, and stunning views of the ocean justify the exorbitant price. Not enough space? Four bedroom apartment in a 5-minute drive from the center is for sale for €670,000. Among cheaper options – a 80 sq.m. apartment in a residential district for €210,000.

Acquiring a villa in a suburb of San Sebastian for a twice-millionaire is not a problem. A luxury house right near the ocean, with six bedrooms, indoor swimming pool, gym and garage costs €2 million. On a plot of 15,000 sq.m. you can walk in the garden and enjoy a picturesque pond, with water from your own artesian source.

Property in city San Sebastian
Request for a property