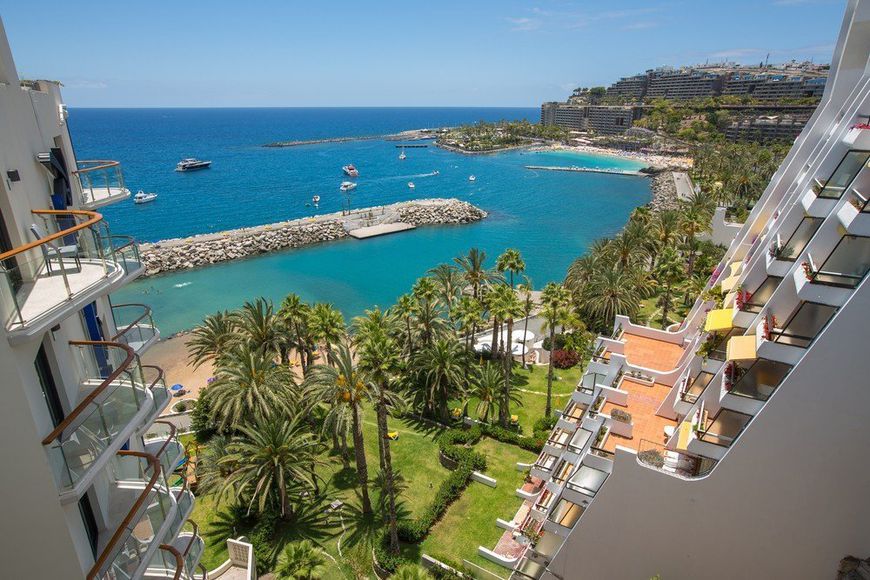 Hospitality industry in the Canaries is well developed, and there will always be demand for holiday apartments. Every year 10 million tourists arrive to the ancient African territory of Spain – it is 5 times more than the locals. More details on the property market in the Canary Islands – in ee24.com article.

Apartment in the Canary Islands will save from bad weather

If a European real estate portal recommends buying housing in Africa, it is only in Madeira or the Canary Islands. However an amazing story can happen to the latter: locals want to break their old alliance with Spain and get free. And it is curious that in case of successful referendum the Canary Islands will stop being a part of a European country and will be a fully African country.

Scotland has already shown to the entire planet that a peaceful divorce is absolutely real, and it infuses with hope supporters of independence in the Canaries. Intention of the Spanish authorities to start oil production in 60 km from the island as soon as possible, throws the fat in the fire. The inhabitants of the archipelago are sure it can harm the ecology and lead to problems in tourist industry, which brings two thirds of the budget.

While a final decision has not been made (a local referendum on mining was appointed for November, which was declared illegal in advance by the Spanish government), the Canary Islands are a tourist mecca, with comparable conditions to Eden and even better. In the real paradise, which is known for believers to be in Asia, it is too hot. The Canaries are located in the ideal climate and on the Internet there are two interesting statements. The first states that UNESCO recognized resort of Puerto de Mogan on Gran Canaria to have the best climate in the world. The second is that the same was stated by the US space agency NASA for the entire archipelago.

Decide for yourself to believe it or not, but one thing is clear: summer temperature is not often above 30 degrees, and in winter it is not usually below 15 degrees. Another thing is in the mountains, where islanders go with their children for them to see snow for the first time in their life. 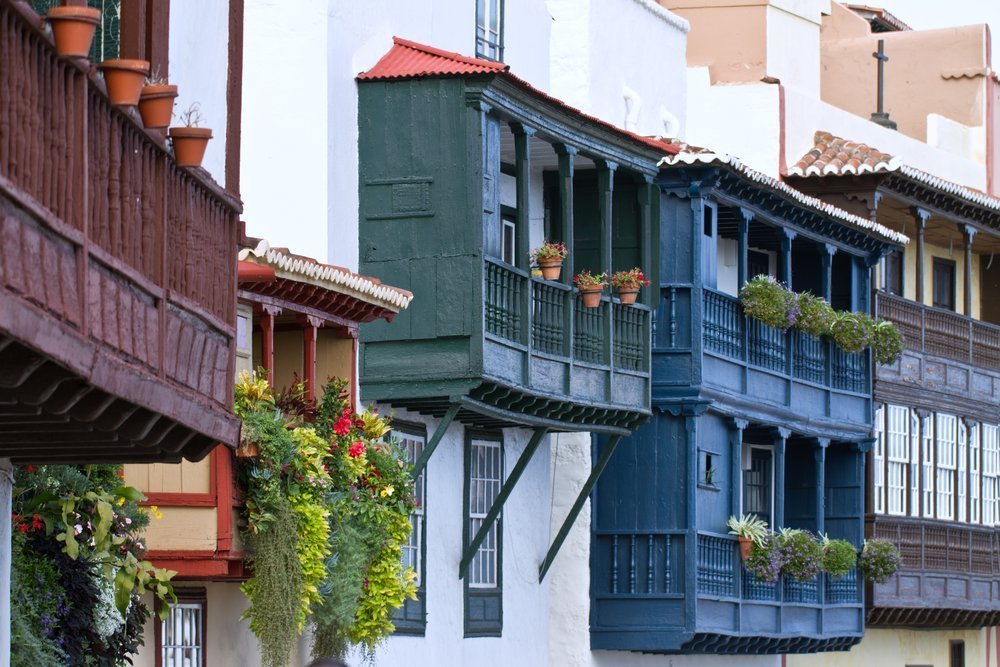 Real estate in the Canaries: from noisy resorts to fishing villages

Buying property in the Canary Islands for yourself or for rental is influenced by location and price. Someone prefers bustling tourist towns, someone wants to live among the locals; for someone it is important to have a beach in five minutes, and someone does not mind a little walk. All this, of course, affects the price.

Tenerife is the most famous of the Canary Islands, and its neighbors’ names do not sound so familiar. Besides Tenerife, Gran Canaria is quite popular too, but other five pieces of Spanish habitable land, lost somewhere in the Atlantic, remain almost unexplored by tourists, although there are attempts more and more often. 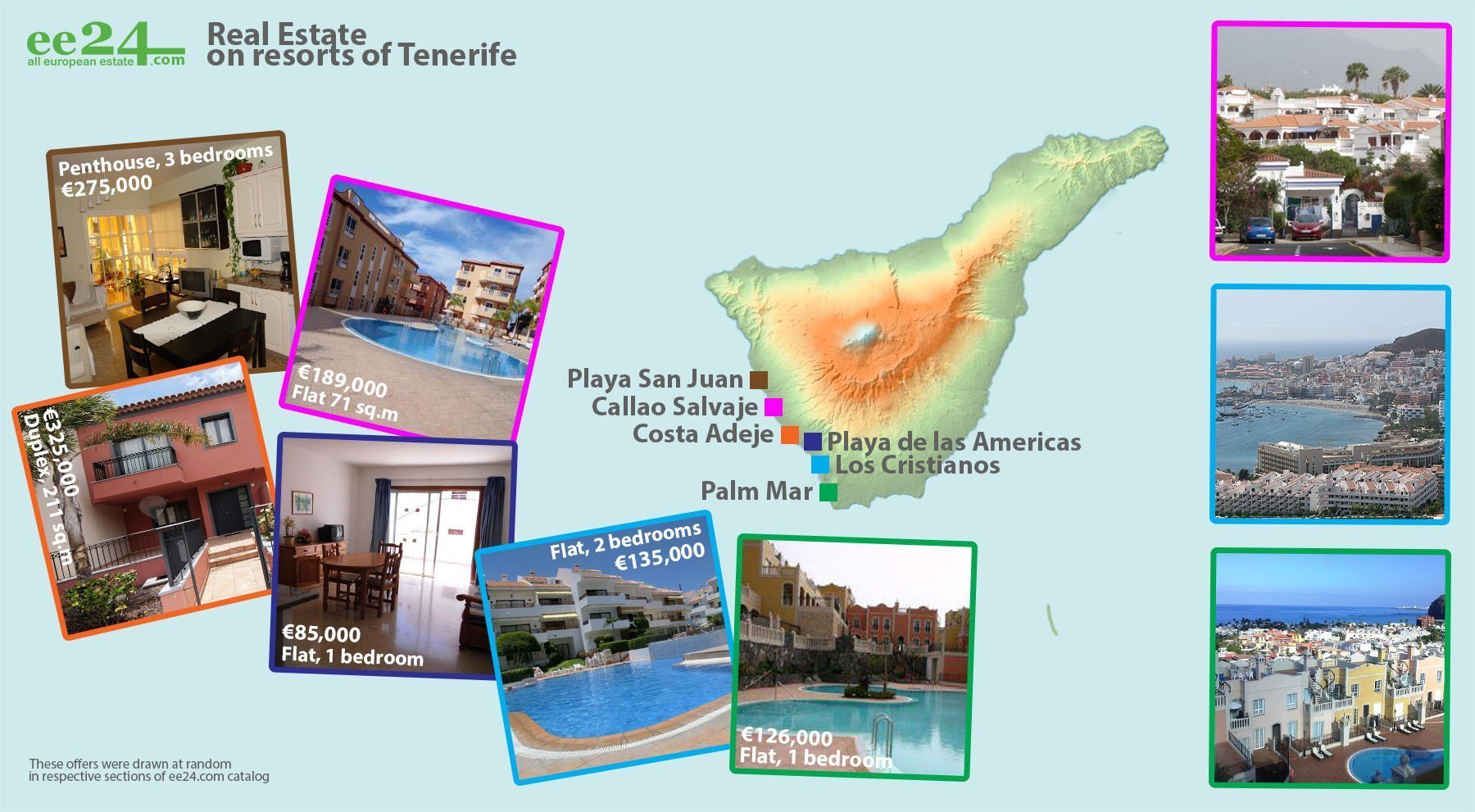 Property in Tenerife is strongly associated with the south of the island, where foreigners prefer to settle, far away from the capital, close to resort adventures. In the north, there are winds, complicating swimming in the ocean, so tourists are satisfied with pools, available at almost every hotel. The south is another thing, clearly favored by Neptune. Popular resorts for buying property in Tenerife include Costa Adeje, which blends with Playa de las Américas, and then with Los Cristianos. In the southern tip of the island there is a small village of Palm Mar, suitable for those who do not like to live in a fuss and share space with bustling in and out tourists

Property prices in Tenerife start from just €60,000. For this amount you can buy a small studio in a godforsaken village far from the sea. It is hard to find something worthy for less than €90,000-100,000. As an option: an apartment in Playa de las Américas of 62 sq.m. for €92,000. From the top floor, where it is located, there are views of vast expanses of the ocean and picturesque mountains. Or a new apartment of 60 sq.m. in a gated complex in Adeje – for €91,000. 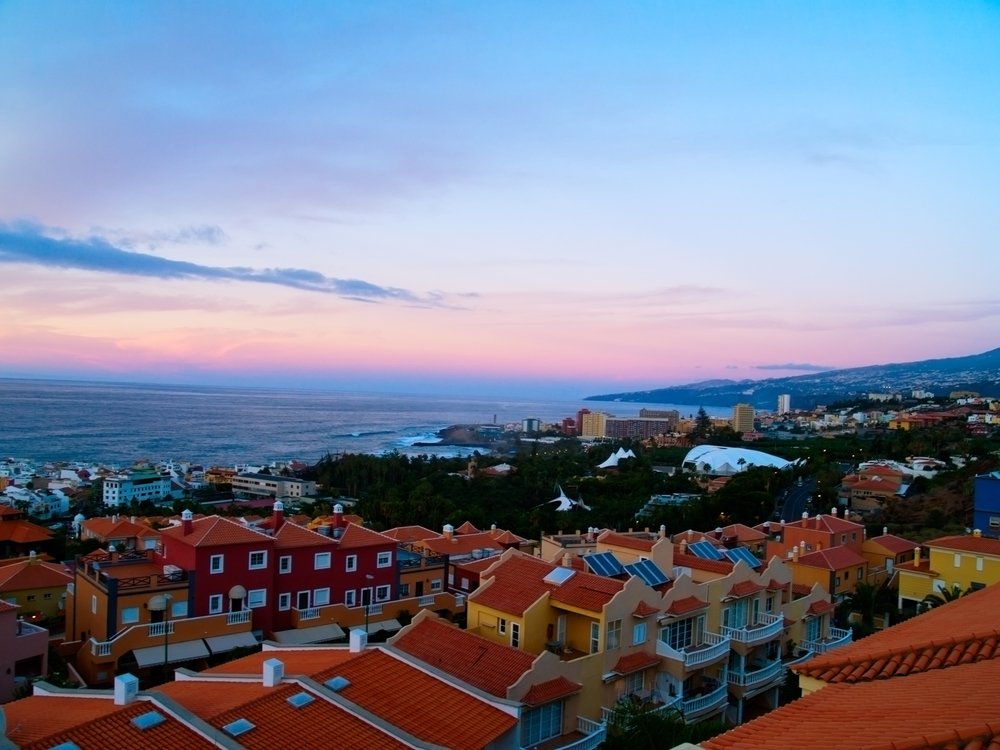 Average price category apartments in Tenerife cost €200,000-300,000. For example, a penthouse with three bedrooms on the south-west of the island, in the town of Playa San Juan, is for sale for €275,000. In addition to great location, only a few steps from the beach, you’ll get complete furnishings and windows overlooking the ocean, neighboring islands and Mount Teide – the highest point of Spain.

Maspalomas is the main magnet for tourists on the neighboring island of Gran Canaria, this area is also called the Costa Canaria. As well as Tenerife resorts, Maspalomas is located in the south of the island, as if to oppose the administrative center in the north. Tourists come to Maspalomas, not only to swim in the ocean, but also to look at the famous golden dunes, a kind of the Sahara from a safe distance. Apartments and bungalows in Maspalomas are sold from €80,000-90,000. There are also more expensive options: a townhouse of 45 sq.m. for €120,000 or a three-bedroom apartment on the outskirts of urbanization for €237,000.

If Gran Canaria is called a continent, all the seven islands can be the whole world. It is difficult to find another place with such biodiversity and diversity of climate and relief. Perhaps, only in the Canary Islands you can get from winter to summer, come down from the mountains to the sandy shores of the ocean, admire species of plants and animals, unknown to most Europeans, and just enjoy your life and have a good rest.

Tenerife – Spanish paradise of many nationalities

Foreigners are coming to Spain, slowing the fall in prices

Property in region Canary Islands
Request for a property