"Bubble" in Dublin: reality or not?

Only a few people can afford buying a property in Dublin in the current situation: every month housing rises in prices by €6,600! Experts from the banking community believe that the "bubble" will burst and the market will collapse. Is such a scenario inevitable, or is better to invest safely now?

In fact, the town of Dublin is quite small, though it managed to get to the first positions in terms of investment attractiveness, leaving behind the financial centers of Germany and the capitals of Eastern Europe (according to Candy GPS Report and Knight Frank’s research). Demand exceeds supply so much, that an average property rises in prices by €6,600 every month, and last year the cumulative price increase was almost 25% (data from Central Statistics Office). Today acquiring housing in Dublin costs €349,000 – that is €71,000 more than last summer. It is noteworthy that outside the capital of Ireland the situation is calmer, and for the same period prices increased by 2.3% only.

Will there be the situation of the last crisis again, when the "bubble" covered the housing market of Ireland? At the turn of the 1990s and 2000s, real estate in some parts of Dublin was among the most expensive in the world. Then, on the eve of gloomy 2008, many financial tycoons took huge loans and invested in seemingly growing market. All collapsed in a flash, and the whole of Europe saved the banking system of Ireland. Revealing Sean Quinn’s story: in 2008, this investor was the richest man in Ireland, whose fortune was estimated at €4-5 billion, and three years later he was declared bankrupt and even sentenced to two months in prison.

As those years, today the fair price of housing is much lower than the selling price, and the constant rise in price leads to an equally steady growth in demand: everyone rushes to buy, while it is possible. And many people, who buy a property at an inflated price, expect to resell it even more overpriced. All these are the obvious signs of the "bubble" in the property market in Ireland. What is inflating the current fire and is it possible to put it out painlessly?

David Hall, the founder of the Irish Mortgage Holders Organisation (IMHO) says that buyers suffer from their debts, they are unsettled by new austerity property taxes and upcoming water taxes, and they are looking with shock at the brochures of new housing. The prices of houses and apartments are rising, negative assets are reducing. This means that the present value of the property exceeds the amount that the borrower is obliged to pay, so that the banks will gladly confiscate the property from the debtor and sell at a higher price. According to Hall, creating an artificial boom is the banks’ fault: it is necessary to increase the paper assets before undergoing stress tests of the European Central Bank in October.

Affordable mortgage is really among the leading factors that undermine the current situation. The Irish Central Bank reports that 135,000 borrowers delay payment and 35,000 bankrupt clients have many months of delay. On the other hand, the economic indicators are good now: nearly 70 billion credits, given by the European Union, have done their work, and this year we expect a 2.5-percent GDP growth in Ireland. Perhaps, borrowers will be able to stand up and continue to service their debts.

Rising prices is also speeded up by the increased demand (analytical agencies are actively promoting Dublin as an alternative to London) and the lack of supply (due to a variety of reasons, but not the lack of availability of land for development).

Who is to blame for the growing "bubble": customers who show some interest, or developers who do not cover the demand? Employees of Investec Ireland claim that the reason lies in the second factor. "The basic demand is stable, so the main task is to stimulate new construction", Philip O'Sullivan, chief economist at Investec Ireland, said to The Guardian. 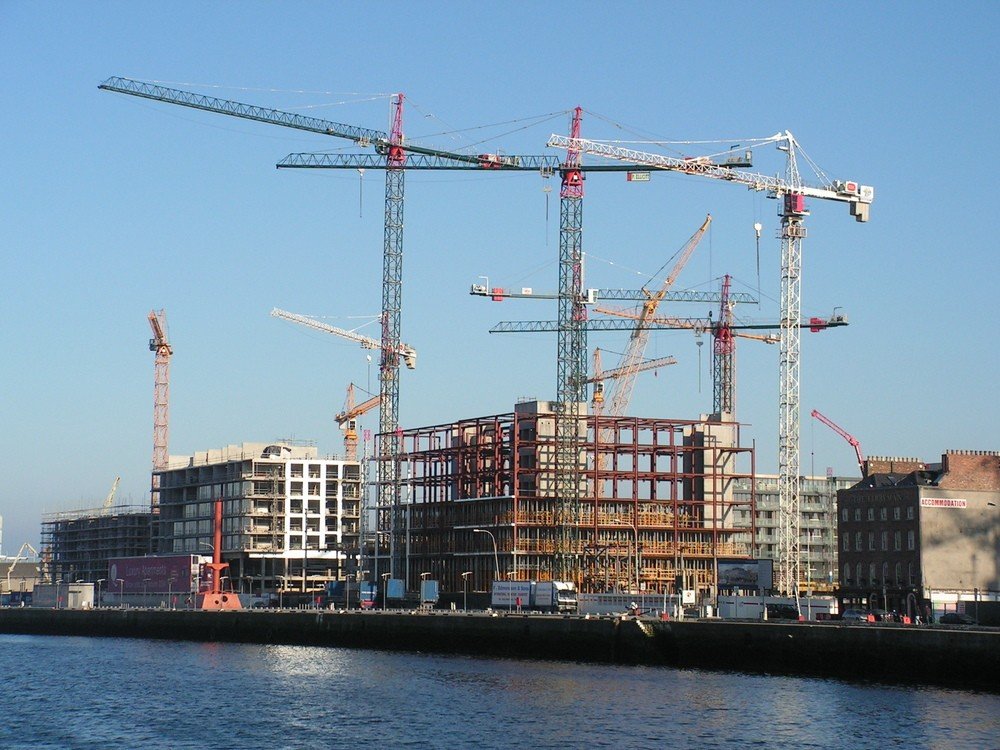 25% less properties are built annually than the average for the last 40 years: last year 8,300 properties were built and this year no more than 9,000 are expected. O'Sullivan offers to reduce the tax burden, or even abolish the VAT for a while, which will allow supply and demand to reach equilibrium. It is necessary to reduce authorities’ appetite, relating to allocation of land: they ask too much for land plots, and it increases the total cost. The only thing left is to rely on wisdom and foresight of the Irish government.

To sum up: you can and should buy property in Dublin, but you must be alert: the attractive market can fall any moment so that the speculative resale will be impossible. Buying a home for yourself will not involve such risks. Irish Finance Minister Michael Noonan, it seems, is willing to work to prevent overheating. Comparing the past and the upcoming housing crisis, he said that the country can not afford to "go mad again."

Property in city Dublin
Request for a property