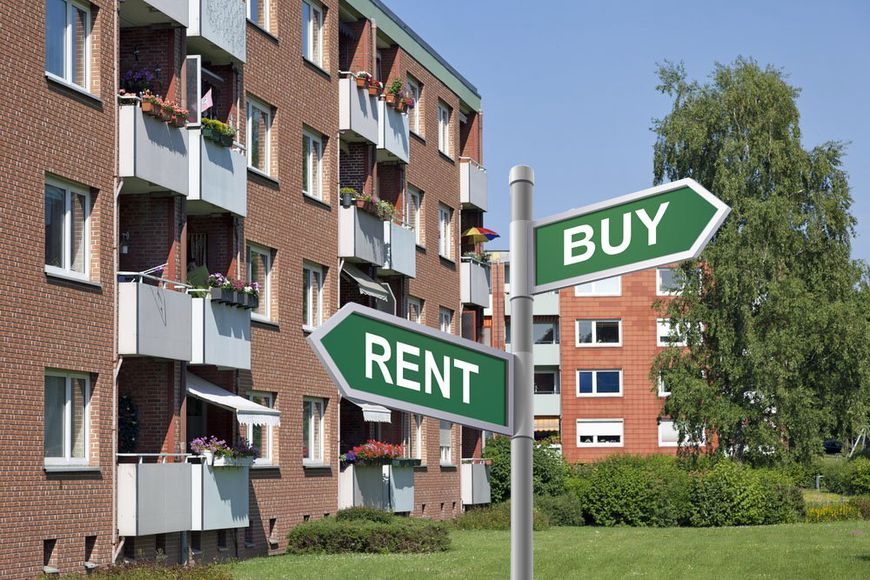 Germany is the last European stronghold of rent fans. More than half of Germans live in rented apartments, but own housing purchase gradually becomes more profitable than renting. Five years ago this statement was true for only 7% of the 402 districts in Germany but last year the purchase had become cheaper than rent in 27% of districts. Where and why – read in ee24.com material.

Germany remains a nation of tenants, but the proportion of Germans living in their own homes, gradually increases. In 2008 the figure was 43% and in 2013 - already 46%. But that is still the lowest figure in the EU. In Austria and France, it is equal to 55-65 %, in Italy, Finland and Portugal - 70-75 %, and the citizens of Eastern European countries associate the stability with own square meters (over 80%). 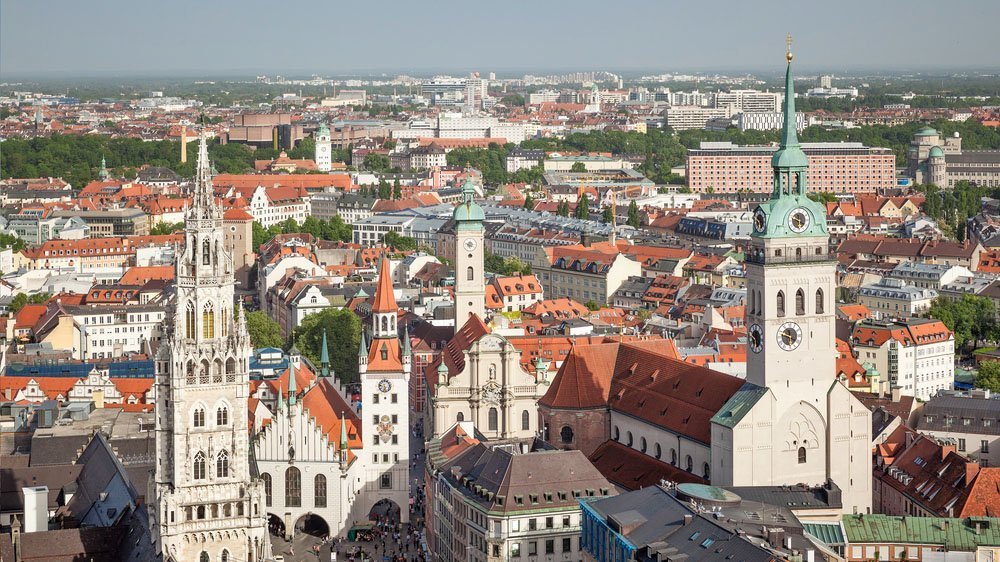 Rent in Germany as a psychological habit

German’s desire (or habit) to rent is historically associated with their mobility. Even when Europe has not been a single unit, as it is today, West Germany itself was already a conglomerate of several more or less equivalent major cities - financial, industrial, scientific and educational centers. Such country-within-a country where constantly were moving thousands of people: someone got new work offer, other entered the institute. 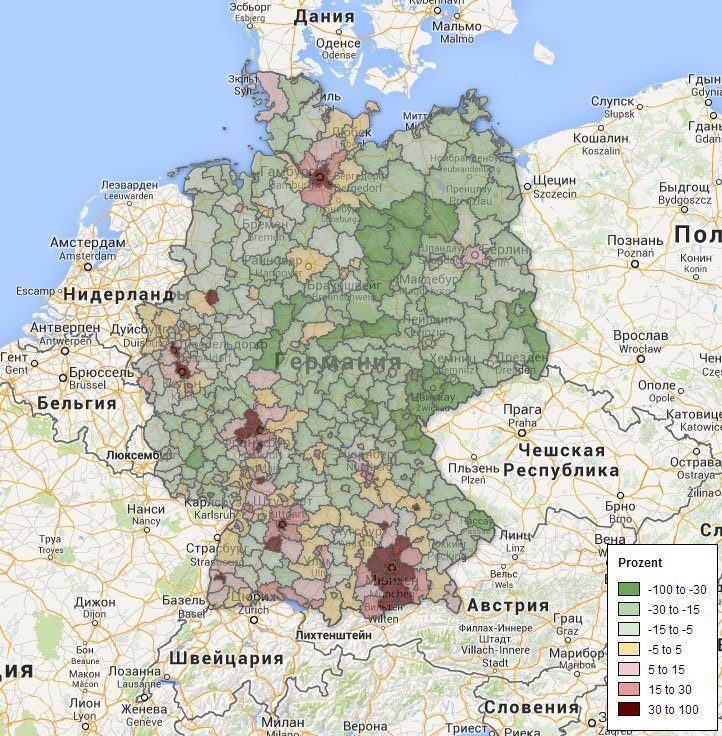 Of course, being in suitcase mood, it’s wiser to rent than to buy, saving time on search and money on decoration. The conditions of apartments rent in Germany well protect those who lease: so rates could be decreased by 20% only once in two years.

Will the nation of tenants waver? This is possible only under the pressure of serious economic reasons: the purchase (down payment and mortgage payments) and property maintenance should be cheaper than renting for a lifetime period. And this process is already proceeding, not least thanks to low mortgage rates and increasing rent costs, especially in large cities. 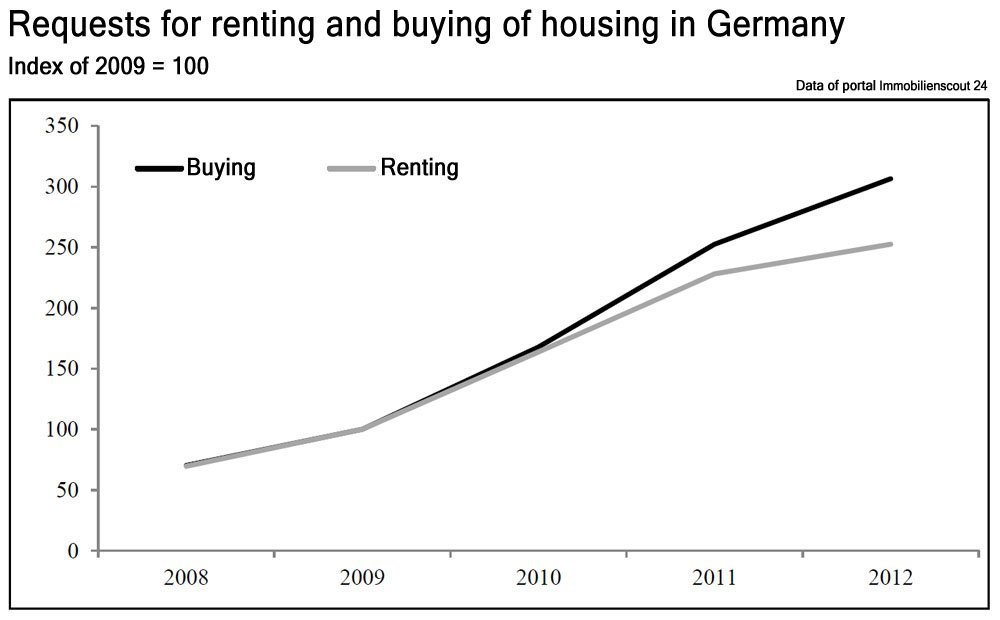 The Cologne Institute for Economic Research has compared indicators in each area of Germany for six years. It turned out that the purchase of real estate in the east of the country is becoming more profitable venture than renting. The line runs roughly along the border of the former GDR and the FRG.

In 2009, the purchase was preferred only in a few regions in the east of Germany, in particular, near the Leipzig. In other parts of Germany renters paid less than the owners. The situation was as follows: purchasing in 7% of the regions, rent in 73% and in 20 % of regions the difference, in terms of money, was minimal, within 0.5%. 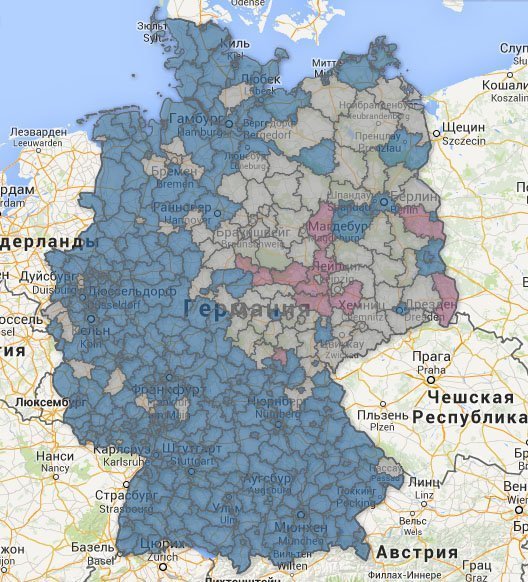 In 2013, already in all the East of the country house purchase gave good savings compared to rent, and other parts of Germany offered equal opportunities for buying and renting. Only Bavaria and Hamburg still resist the influx of small owners: housing rent in tenement houses is still more profitable here. And it turns out today that: in 27% of regions – the purchase, 22% – the rent, 51% – no any significant difference. So in a majority are the regions without any clear position. Among them are such cities as Berlin, Stuttgart, Frankfurt, Cologne, Bremen and Hannover. 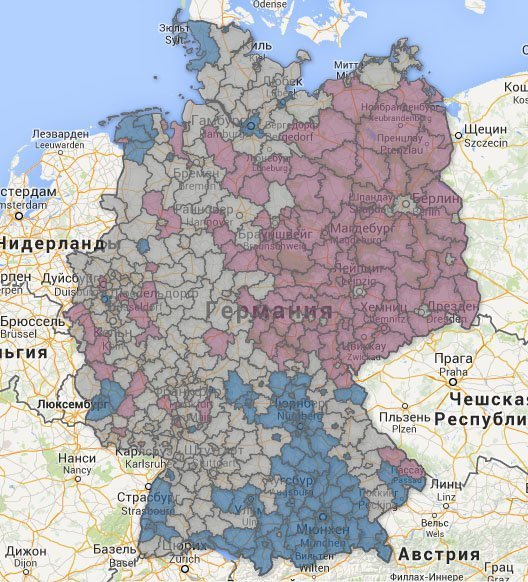 The study has a small but fundamental clause: it is primarily addressed to property owners who decide whether to live in the property or to rent it out.

When is it better to leave the property for own use? If real estate costs (mortgage payments, maintenance costs) are smaller than the fee saved for not renting of another property. It makes no sense to rent an apartment for €2, if own one costs €1. But when the costs exceed the rent, it is better to find tenants and the maintenance costs will lay on them through tax expenditures.

However, as the authors explain, these conclusions may be useful for person "who is faced with a choice - to buy property, or to live in a rented house".