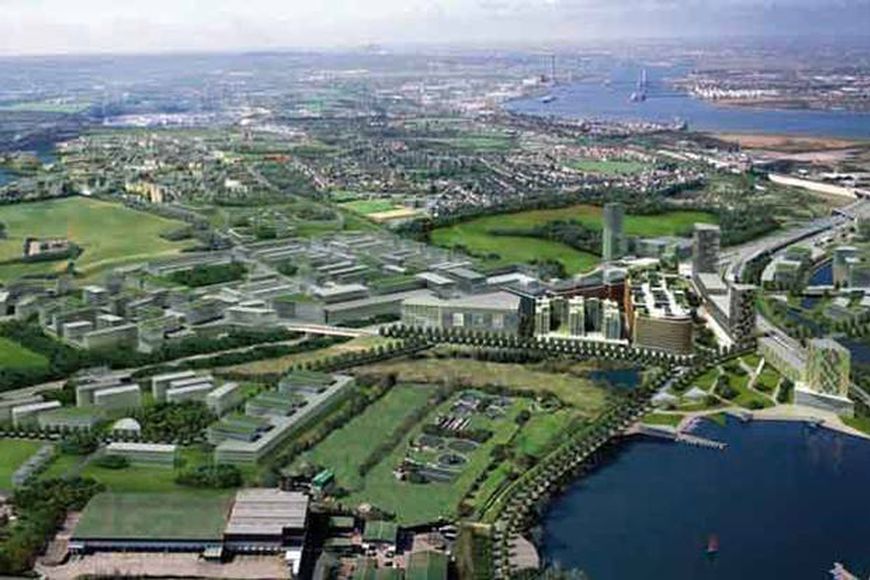 The UK authorities consider several projects of the new garden city Ebbsfleet Valley in Kent, the idea of ​​the creation of it appeared in the spring of 2014.

It is possible that not one but three new garden cities will be built in the near future in the UK, if there is a reform of the planning system and resources are found. The hope was expressed by the organizers of the annual premium Wolfson Economics Prize 2014, the second biggest award in the economy after the Nobel Prize. The winner of the 2014 award became David Rudlin of URBED with a project of new 86,000 houses around cities in England for 150,000 people built over 30-35 years.

Project name of Rudlin's garden city is Uxcester (presentation of the project can be found here). According to him, such projects will allow a 2-fold increase in population of such cities as York, Norwich, Stafford and Cheltenham. Rudlin won Wolfson Economics Prize 2014 in the amount of £250,000. Award ceremony took place in London on September 3, 2014.

It is possible that Rudlin's project could be implemented in the Ebbsfleet Valley in the Thames Estuary, the establishment of which the UK authorities announced in the spring of 2014. The idea of ​​creating an English garden city can be realized for the first time in 100 years, and creating of the new town – in 40 years. 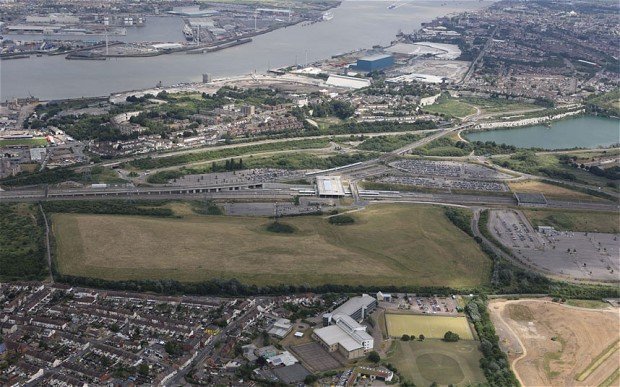 The plot of Ebbsfleet Valley near the International Ebbsfleet railway

The idea of ​​the garden city, a harmonious distribution of residential areas and green spaces, first emerged in urban planning at the turn of 19-20 centuries. Its author was an Englishman Ebenezer Howard. The first British garden cities were Letchworth and Welwyn Garden City in Hertfordshire, built in the first half of the 20th century. Projects were innovative: in addition to planning, the world's first unregulated roundabout was built in Letchworth. Also there were several other projects of garden cities, as Milton Keynes, but not all of them were prosperous.

Now the British are going to create in Kent the new garden city – Ebbsfleet Valley for 15,000 houses with a population of 40,000. Such plans was expressed by the UK Chancellor of the Exchequer George Osborne, noted the availability of free land and a "fantastic infrastructure in the south-east of England", where it is planned to build a new town. The new project will partially solve the housing shortage in London and its suburbs, where property prices are increasing (it's projected at 25% in 2014-2018).

The plan of Ebbsfleet Valley

Ed Balls, the Shadow Chancellor of the Exchequer, skeptically greeted the idea of Ebbsfleet Valley as "a failed joke." George Osborne should radically solve the housing problem in the past three years, if he really wanted to make a difference, Balls said.

Optimists say that Ebbsfleet Valley will be the big land development project as the modernization of the Docklands area in London, on both banks of the Thames to the east of the Tower of London, this program was actively promoted by the Margaret Thatcher's government in the 1980-90s. Now the site of former docks are mostly residential and commercial buildings, the second financial center of the country with skyscrapers – Canary Wharf, and the famous O2 Arena and London City Airport. 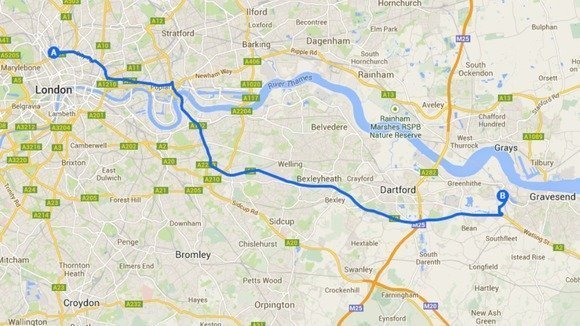 Ebbsfleet Valley project near Dartford and Gravesend in Kent is also interesting for several reasons.

The new Ebbsfleet International railway station, bulit in 2007, connects Britain and continental Europe by the high-speed railway. For example, you can get to Belgium for 2 hours. During the construction of the railway station archaeologists found the skeleton of the straight-tusked elephant presumably from Africa, and someone said that it was the first sign of multiculturalism in Britain.

It is planned to construct in Swanscombe, near Ebbsfleet, a theme and entertainment park like Disneyland in Paris. It will create 27,000 jobs. The project was announced by Paramount film studios in October 2012.

The population of Ebbsfleet will be 40,000. A small river Ebbsfleet nearby is the natural boundary of the borough Gravesham and Dartford. Previously a new city had already planned to create, but it hasn't moved beyond the graphic plans. Construction of new homes on vacant land is slow because of bureaucratic delays: the first permits for the territory of Eastern Quarry (east of intended Ebbsfleet Valley) were obtained in August 2013. Now there is wasteland.

The UK government intends to crate a development corporation and attract private investors to implement the project.