How much does it cost the life in Europe? Review of prices on basic commodities - from Denmark to Bulgaria 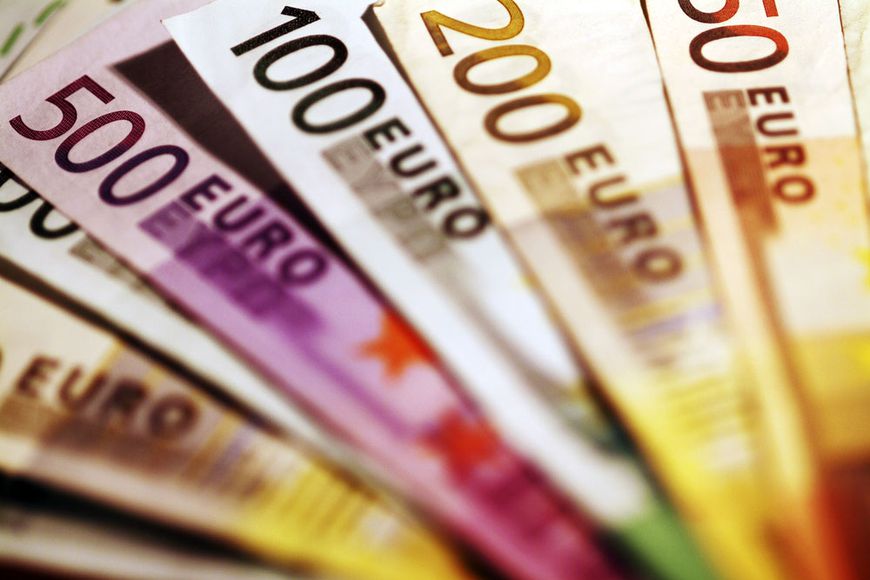 New interesting research was published by Eurostat, the statistical office of

the European Union. At this time the Service has analyzed the prices of consumer goods and services in 37 European countries.

What was the result?

In 2014 the spread of prices for consumer goods and services in the European Union has been very significant: a deviation from the EU average was between minus 48% in Bulgaria to plus 38% in Denmark.

In Poland are the lowest prices on food and household appliances, and in Bulgaria – on alcohol and tobacco, as well as on restaurants and hotels. The lowest prices for clothing are in Hungary, while in the Czech Republic it's better to buy electronics and cars. 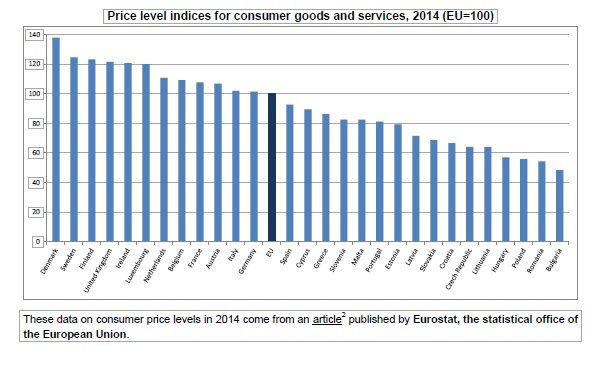 The level of prices for alcoholic beverages and tobacco products varies from minus 58% in Bulgaria and minus 65% in Hungary to plus 70% in Ireland and 65% in UK. It should be noted that this difference in prices is primarily due to the peculiarities of taxation and excise duties in the different countries.

In the field of acquisition of private motor vehicles prices are quite smooth: with the exception of Denmark  (plus 51% of the average), price differences between EU member states are not so significant: the lowest rates in the Czech Republic, the highest in Portugal and the Netherlands, but their indicators are above average only by 15-17%.

Macedonia and Bulgaria according to Eurostat showed the lowest prices on all categories of purchases: prices are lower than the European average by 53 and 52%, respectively. 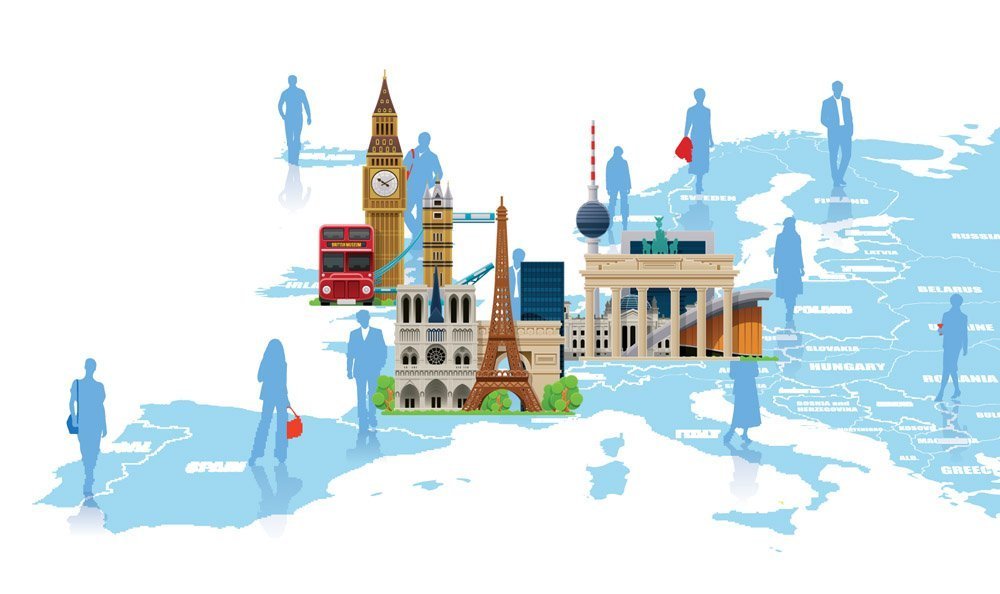 According to the materials of ec.europa.eu

Danes and Finns feel most protected in Europe