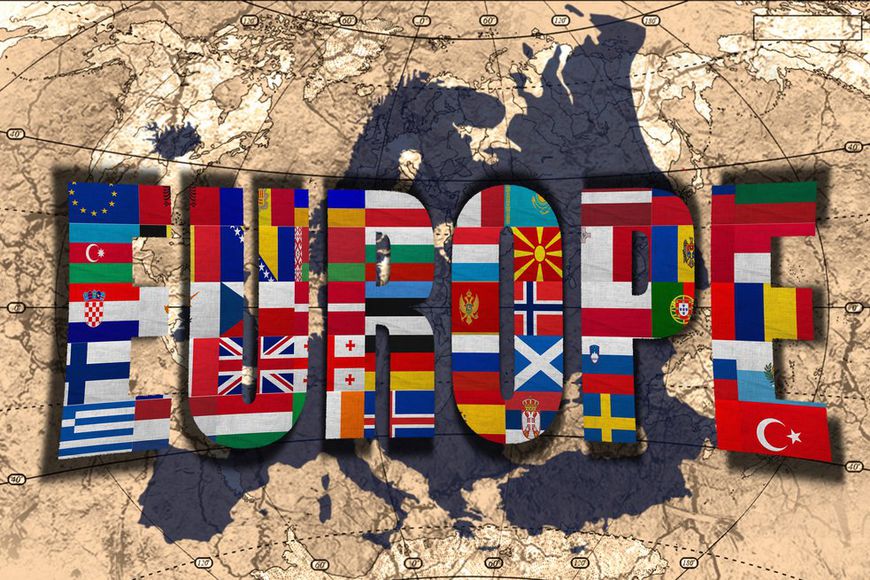 Summing up 2013, experts of the ee24.com portal have decided to point out some leading trends that emerged in real estate markets in Europe.

First of all, markets in different countries were developing unevenly: somewhere prices were increasing, and somewhere they were falling. Housing prices in Bulgaria have stabilized, while in Spain their fall was only slightly slowed. Germany has become a leader by the growth of real estate prices in the EU, and Estonia has become the leader in the Baltics. Croatia joined the EU and introduced visas for Russians, while neighboring Montenegro tried to make a breakthrough in the construction and development of tourist infrastructure on the coast.

While more and more countries were introducing "golden visas" for buyers of expensive real estate, in Latvia there were debates on the need to limit the number of residence permits granted. To supplement their funds, Southern European countries started to sell out the state property, while dwarf states of Monaco and Andorra were not even affected by crisis. 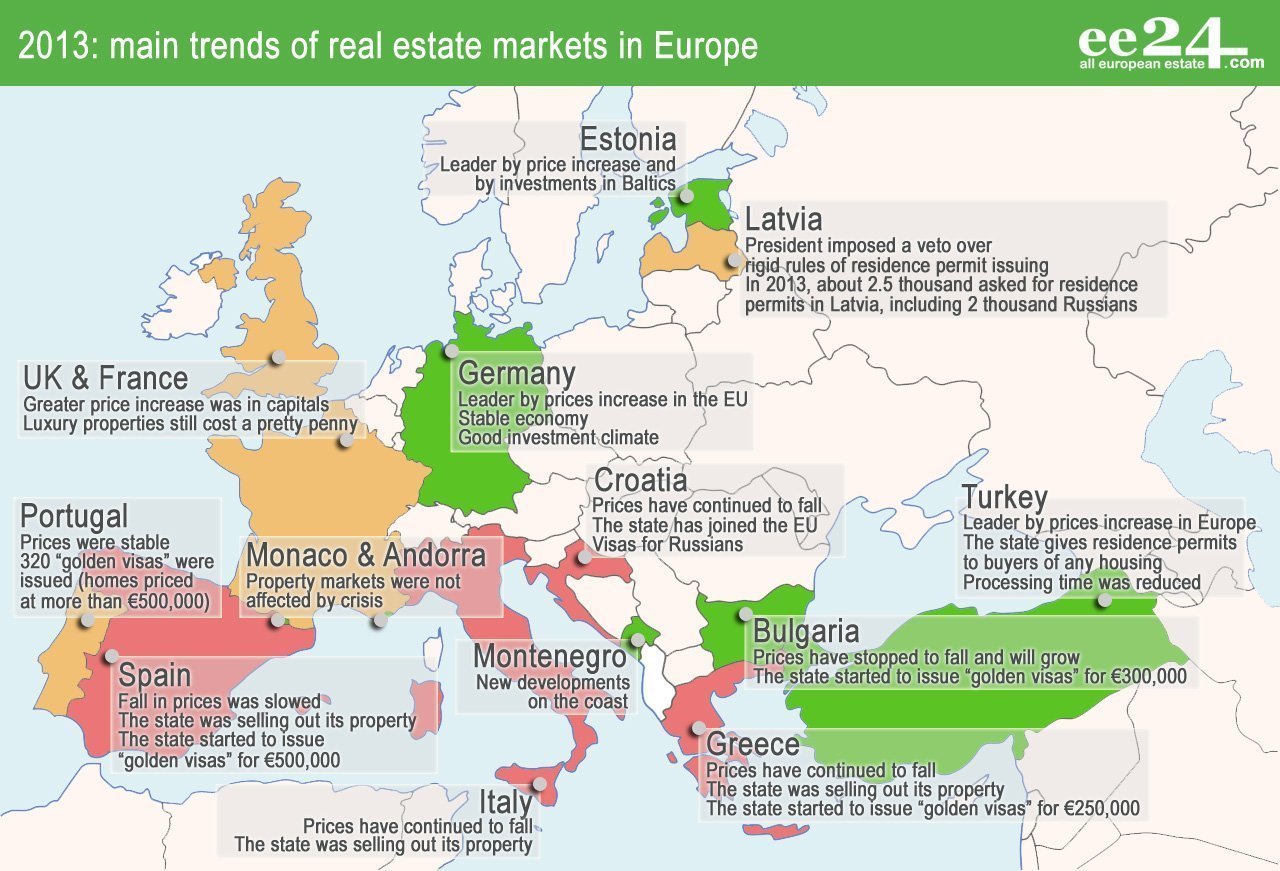 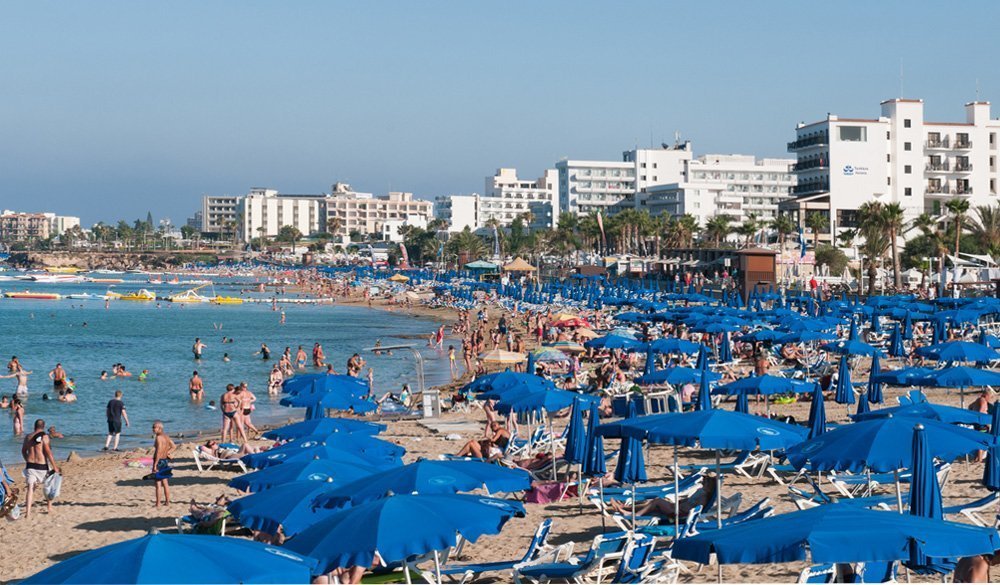 According to Julia Titova, head of international real estate agency Rentsale, if the purchase for investment in a country like Greece is indeed a utopia, then the buying of affordable housing for own use makes sense.

2. Spain has opened the door to the bright future

This year Spain has joined the struggle for foreign investors. The authorities are willing to provide residence permits to all buyers of property in Spain valued at over €500,000. It is more expensive than in other European countries.

Despite this stimulation of demand, housing in 2013 has continued to fall in price, though not as rapidly as in previous years. From January to November, property prices in Spain fell by 8.5%, to €1,732 per sq.m. 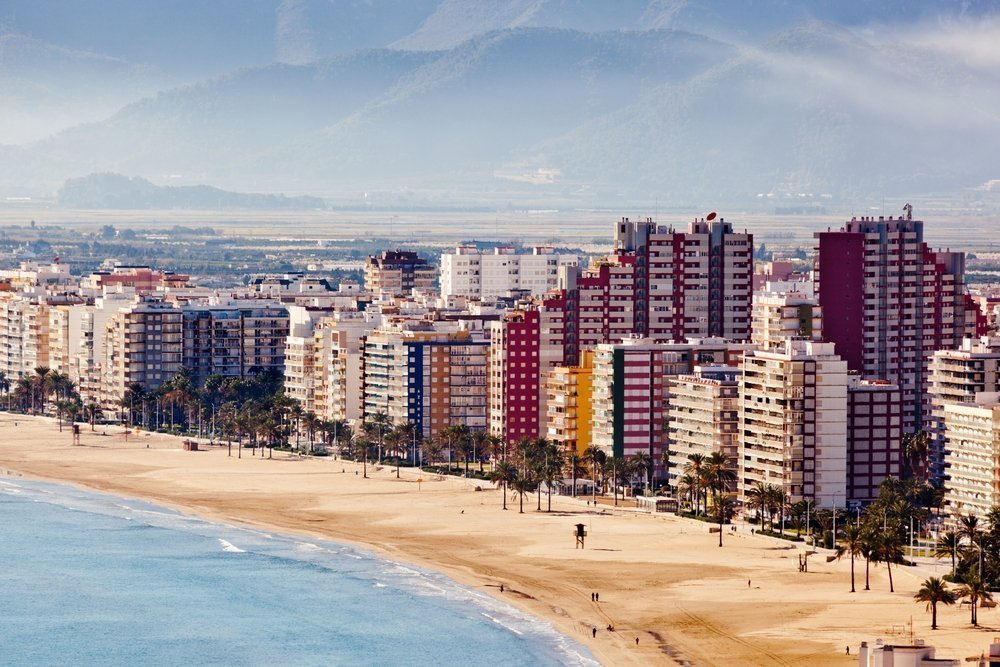 However, experts note that good housing in developed areas of Spain stopped to fall in price 1,5 years ago, and that commercial property with a yield of 6% ​​is being sold out instantly. "If we talk about the outlook for the next few years, we've had 6 years of recession, and now, I think we are entering into 5-6 years of stability and a smooth rise in prices," said Ian Tozer, CEO of SeaBestLand.

3. Germany – the continent of stability on the European peninsula

Germany in 2013 was one of the few countries where property has gone up in value and amount of sales has increased. For the year ended in Q3 2013, housing in Germany has become by 11.2% more expensive, the best result in the European Union . Apartments in Munich, the most expensive city in the country, were going for €3,000 per sq.m. 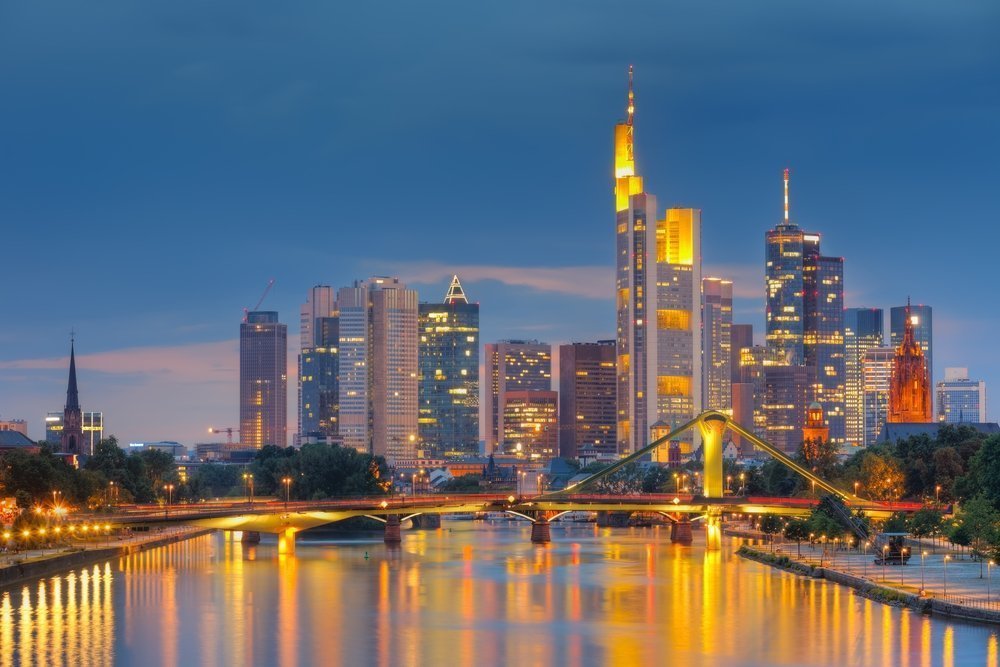 Germany has stable economy, so business owners and people who rent out apartments, have a guaranteed income. In major industrial cities like Munich, Stuttgart and Hamburg demand will continue to exceed supply. There is no bubble in the market, and "the problem of overestimated real estate is not acute in Germany," said Vitaly Chupin, managing partner of Campus Consulting GbR.

4 . Estonia is the "fastest" among the Baltic states

In terms of growth in property prices, Estonia in 2013 only slightly ceded to Germany. In Q3 2013 housing in Estonia increased in price by 8.4% y-o-y, the second among countries of the European Union. At the same time, property prices in Latvia and Lithuania have remained more or less the same. 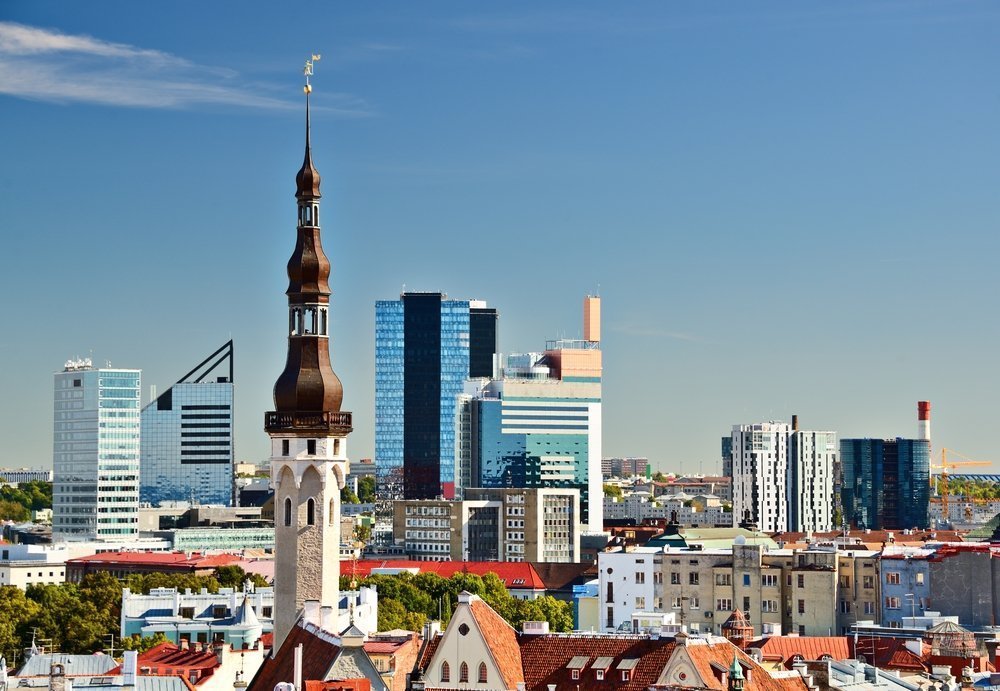 Apartments in Tallinn in 2013 were worth of €1,307 per sq.m, only 23.4% lower than before the crisis. For comparison, housing in Vilnius and Riga were underestimated by 38.7% and 56.4%, respectively, compared with record highs of 2007. Although Estonia doesn't offer residence permits for housing buyers, in 2013 the country has overtaken its neighbors in terms of foreign investments.

Things are not so well in neighboring Latvia. In 2013, members of the Sejm have adopted restrictive amendments to the Immigration Act, increasing the minimum amount of investments necessary for the acquisition of a residence permit, as well as setting annual quotas for issuing residence permits. Based on the amendments, property worth of 100,000 lats (about €142,500) must be purchased for obtaining Latvian residence permit. According to deputies, in 2014 only 800 residence permits can be issued, and 625 and 450 during the following 2 years, respectively. 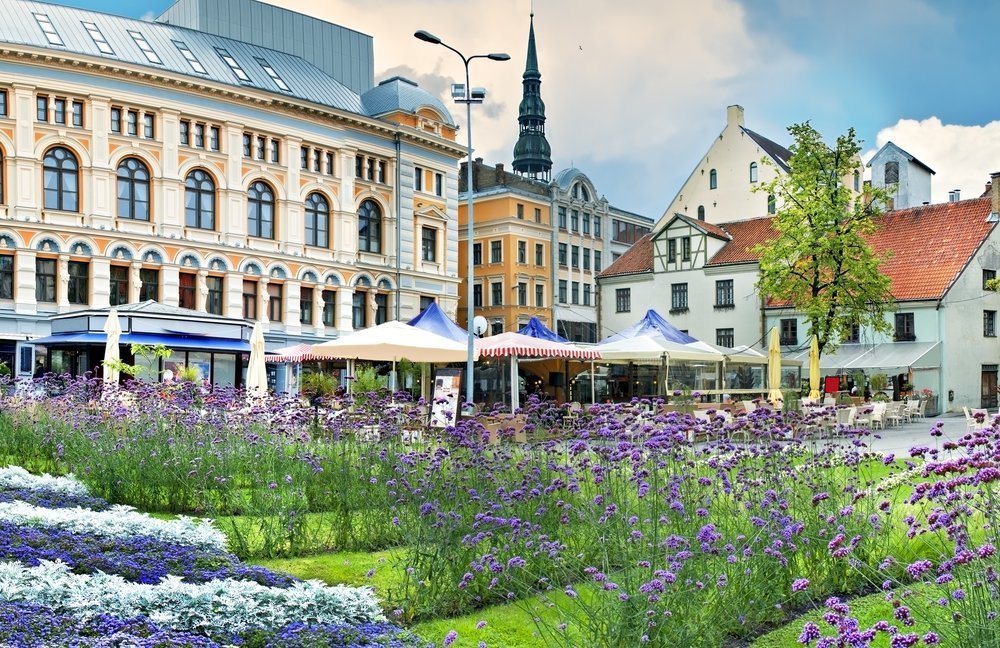 But the president of Latvia imposed a veto over amendments, so rules will be the same next year: in order to obtain a residence permit it will be enough to buy a house priced at 50,000 lats in the province or 100,000 lats in Riga. There won't be any quantitative restrictions on the issuance of a residence permits. By the way, in 2013 over 2.5 thousand people have asked for residence permits in Latvia, and the vast majority of them were the Russians. Quite a noticeable increase for the population of Latvia that have decreased over the past 10 years more than by 10%.

6. The number of countries, who "sell" residence permits, has increased

Not only Latvia, but also other European countries has earned money on issuing residence permits in 2013. If the program have been working in Latvia for several years, this year Spain, Bulgaria, Hungary and Greece have joined "the club of golden visas". 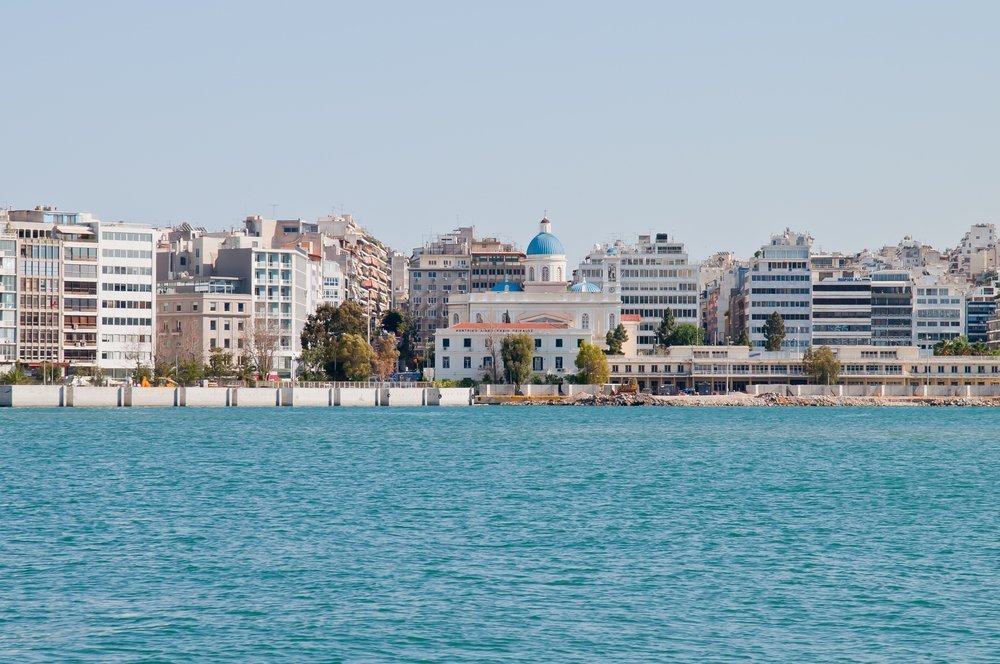 7. Authorities of Spain, Italy and Greece started to sell out property

In addition to providing a residence permit, in order to supplement the budget, some European countries have decided to sell their property. This was happening in 2012, but in 2013 the sale has reached the unprecedented extent.

Spain, which can't make a surplus budget, has adopted a seven-year plan for the sale of 15,000 out of 60,000 state properties across the country. Italy, whose debt exceeds 100% of its GDP, in 2013 has put up for sale 50 historic castles and palaces. Among them are the papal castle near Rome, old buildings in the centre of Milan, an island with an abandoned military base on it. 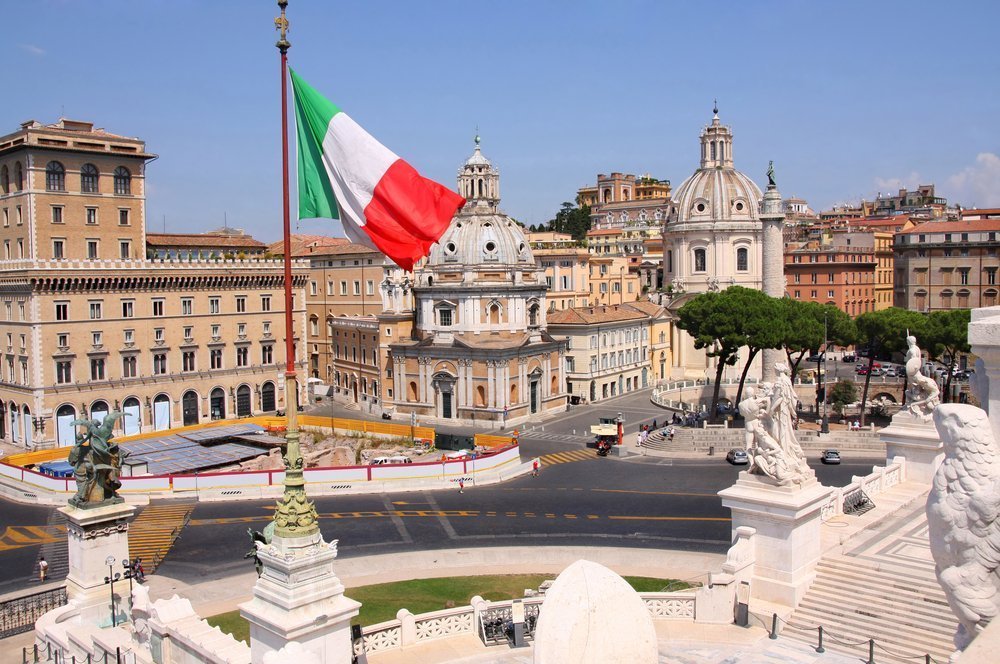 History of Greek debt has been on everyone's lips for a long time. This year the country tryed to earn at least some money. Authorities have arranged a sale of government residences, buildings of diplomatic missions abroad, as well as the islands. The most expensive island was offered for €140 million. However, to repay the whole debt, Greece would have had to sell a few thousand islands at this price.

In 2013 Croatia has joined the EU and introduced a visa regime for Russian citizens. By Q2 2013, real estate prices in Croatia fell at an annual rate of almost 20%. Dubrovnik holds leadership in prices, apartments in Split cost a bit more than €2,000, in Zagreb and Rijeka - €1,500-1,600 per sq.m. Croatia does not issue residence permits for homebuyers, and moreover, foreigners need to register a legal entity in order to buy housing in Croatia. 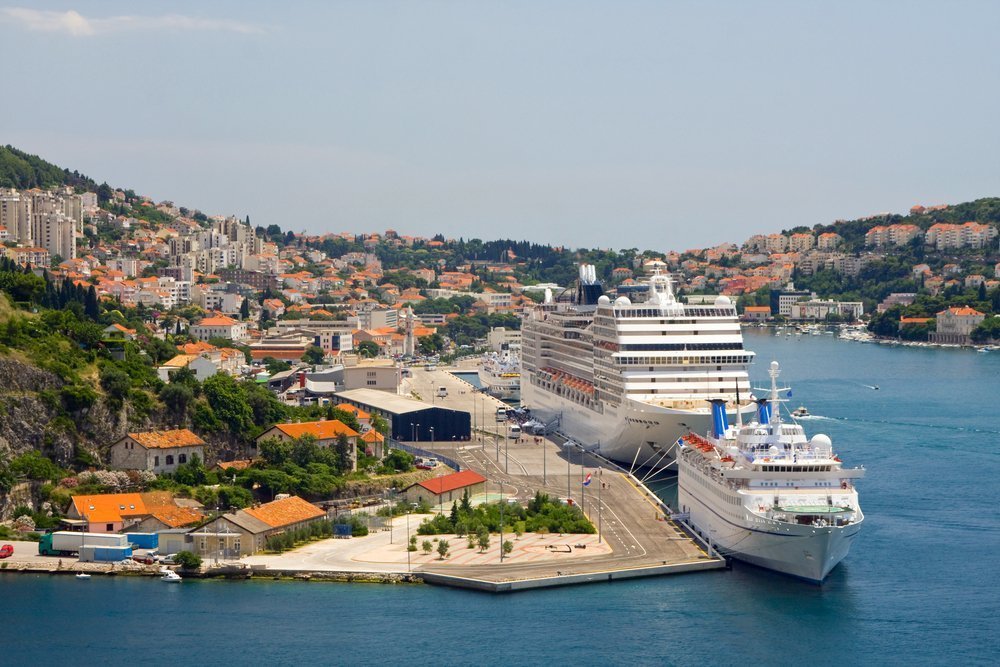 Nevertheless, the country has its own advantages. "In Croatia, there are interesting offers for villas for adequate money, while in neighboring Montenegro there are no such proposals," Julia Titova said. "If we compare the luxury projects, in Croatia they are of better quality."

Meanwhile, in 2013, neighboring Montenegro has made ​​steps for the development of coastal infrastructure and tourism industry. Portal ee24.com repeatedly reported how Montenegrin authorities managed to find investors for unfinished buildings or for construction of new large-scale projects. For example, the Azerbaijani company has invested €500 million in the construction of the resort and hotel complex, and the Swiss are willing to spend €900 million on the development of the resort on Lustica peninsula. Russians don't need visas to enter Montenegro, and in 2013 they've become leading foreign buyers of Montenegrin real estate.

9. Bulgaria was getting rid of its image of a "cheap" country

Apparently, in 2014, residential property prices in Bulgaria will grow for the first time in five years. New buildings, which will be started in 2014, will meet the new standards of quality, so the cost of construction will increase, and therefore primary market prices will rise by 10% or more.

According to Julia Lozovskaya, the chief editor of the "Your home overseas" magazine, average price of sold apartments in Sunny Beach in Q3 2013 amounted to €570 per sq.m, compared to €490 in the same period in 2012 and €550 in the previous quarter.

10. Monaco and Andorra: The expensive real estate has become even more expensive

Small European countries such as Andorra and Monaco, did not feel the crisis in 2013. Property in these countries enjoyed popularity among foreign investors.

Housing in Monaco  went up in value by 3.2% from October 2012 to October 2013. Principality offers a luxurious lifestyle, mild climate and great location (close to French Riviera and Ligurian coast of Italy). It is important that Monaco offers a haven not only for ships and private yachts, but also for taxes. 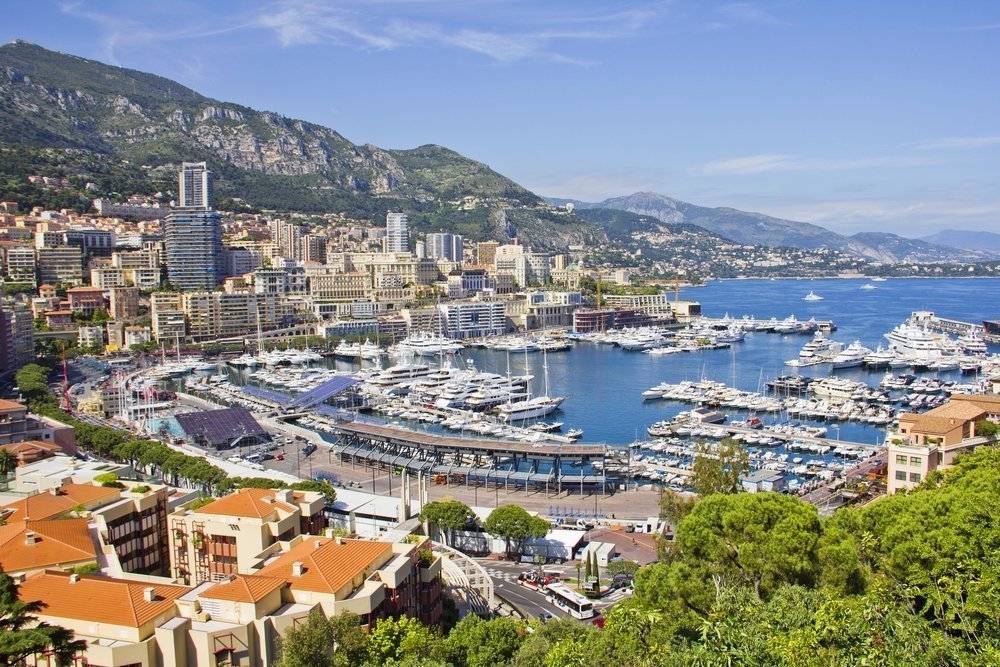 Andorra is also one of the so-called offshores. In addition, customers appreciate the magnificent nature and developed infrastructure of ski resorts.