Europe outlook: what and where are Russians searching for? Requests 11-20 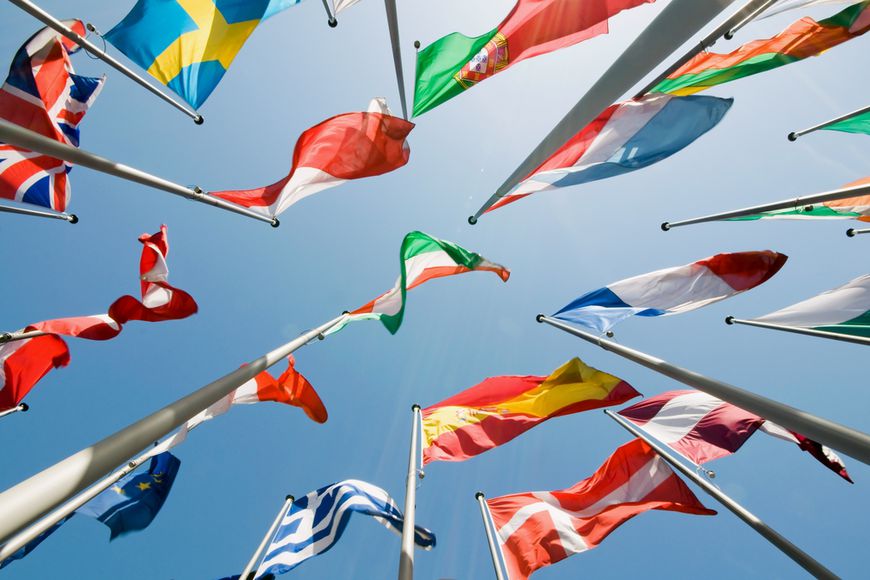 In the previous article we looked into ten European countries where the Russians want to buy real estate. Today we’ll turn to the second-tier countries.

First, countries of the second ten are not as obvious as countries of the first one. Here you will not find traditional Bulgaria, Spain or Germany. Secondly, these are emerging and promising markets for the Russians. And thirdly, the European countries that are left behind the top-twenty, can not count on massive demand from Russian buyers. It is clear that neither Belgium nor Norway or Ireland would be able to get into our rating even with the best will in the world.

Preferences rating of Russians was prepared by SEO-specialists of ee24.com based on online requests. 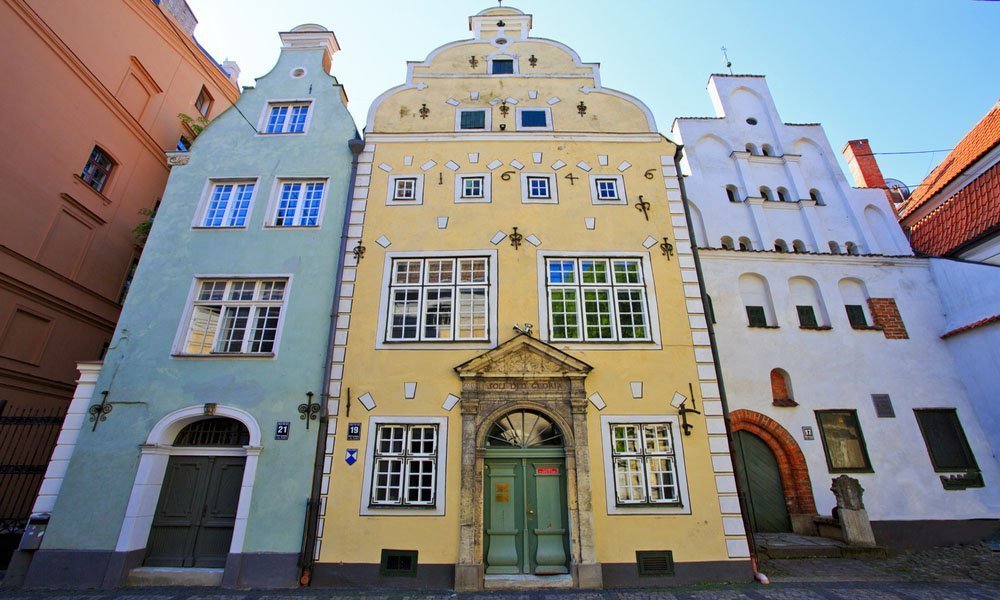 The former Soviet republic lacked only two thousand search requests to leave France behind and get into the top ten countries where the Russians want to move to. Latvia was searched in "Yandex" 73,000 times. During the year the interest in it has grown by 52%: it is the third best record in the top-twenty. As expected, the Russians want to buy property in Riga and Jurmala, the two most famous cities. Liepaja is in the third place by search requests.

12. Albion managed to get into the top-dozen 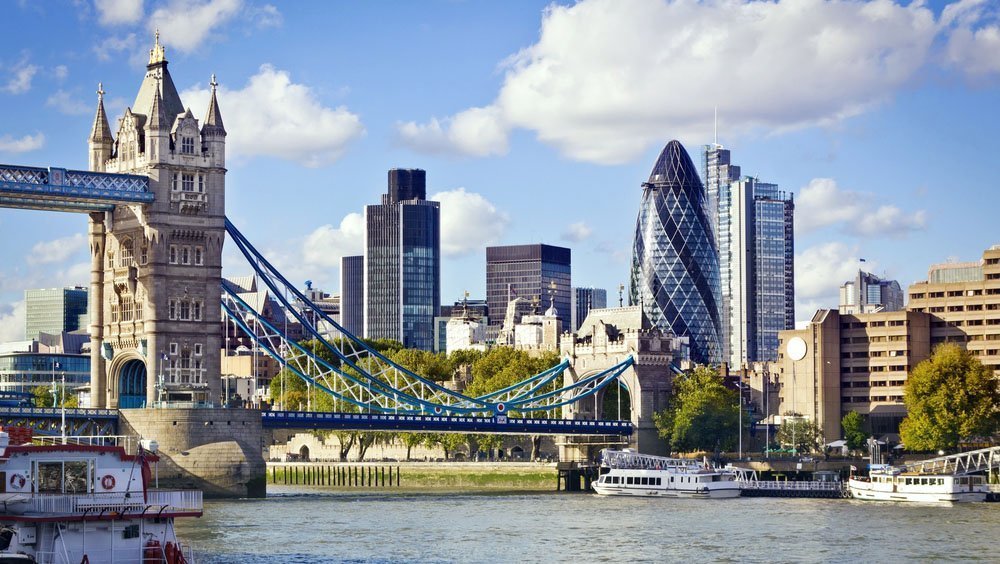 Our compatriots’ interest in England is quite stable and is even slightly reducing: 57,000 requests last year against 58,500 the year before last. London and Manchester have a strong lead in the request list of the Russians, and the difference between them is not manifold, but only 1.5 times. Whether the inspired by Manchester United fans look for a place to live close to the idols, or there are fewer people who can afford buying expensive real estate in London and switch to more affordable regions.

13. Finland: a baker's dozen for the country of Santa Claus 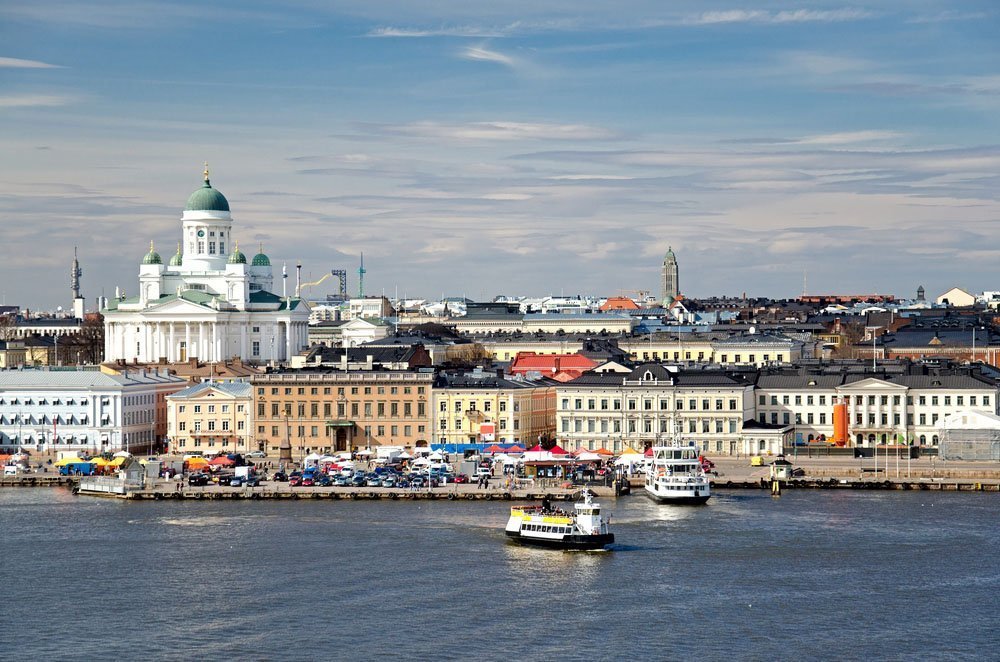 Residents of the Russian Northwest thank Suomi for the ease of obtaining Schengen visas and even think about buying property in Finland. It is a conservative country with expensive real estate which does not pamper us with sensational pieces of news that threaten to turn the market upside-down. It managed to gain 55,000 requests: 2,000 less than in 2012. Of course, Helsinki is in the first place (57% of search requests of the top five cities and regions). Lappeenranta is in the second place and Imatra is in the third one.

14. Estonia is deliberately approaching the leaders of the Russian demand 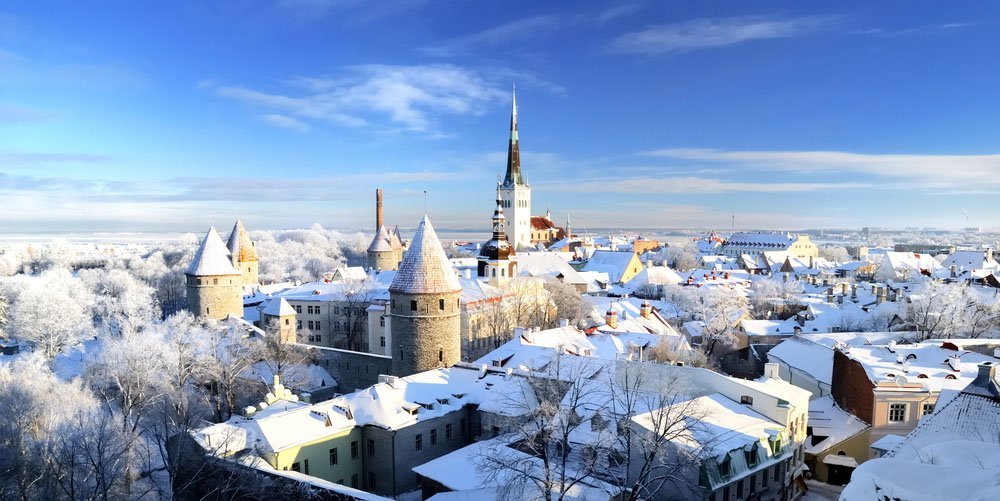 In contrast to "severe" England and Finland, neighboring Estonia, like the other Baltic countries, has only been gaining in popularity. It got 40,000 the Russians’ search requests: 29% more than in 2012. Tallinn with 40% of Estonian population, predictably leads with 65.8%. The border city of Narva is in the second place (19.5%). It is located halfway between the capital of Estonia, and the Russian Northern capital. Other major cities of the country, including Tartu, have approximately equal interest from the Russians.

15. Croatia joined the EU and fell 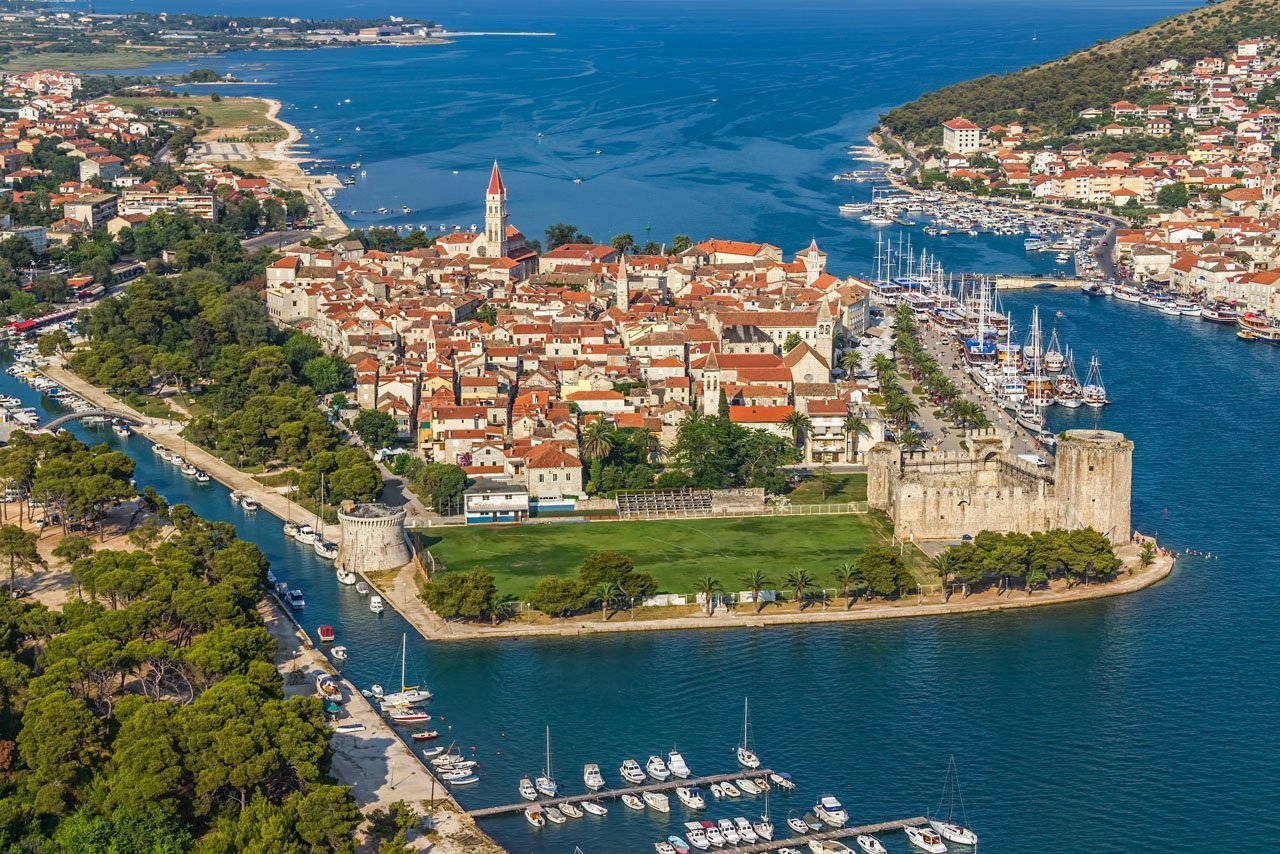 In summer 2013 Croatia joined the European Union and "closed" for the Russians. Only 30,500 people took the challenge of buying property in Croatia, which is 11.4% less than the previous data. Croatia is primarily the Adriatic coast, and exactly there the Russian internet users looked for housing. It is gratifying that they have ceased to be limited to Dubrovnik and discovered other cities of Croatia. Besides Dubrovnik, such resorts as Brela and Makarska attracted a special interest last year. Zagreb, which is located 120 km from the sea, has not attracted the Russians (8.7%).

16. Lithuania: the growth leader among the Baltic countries 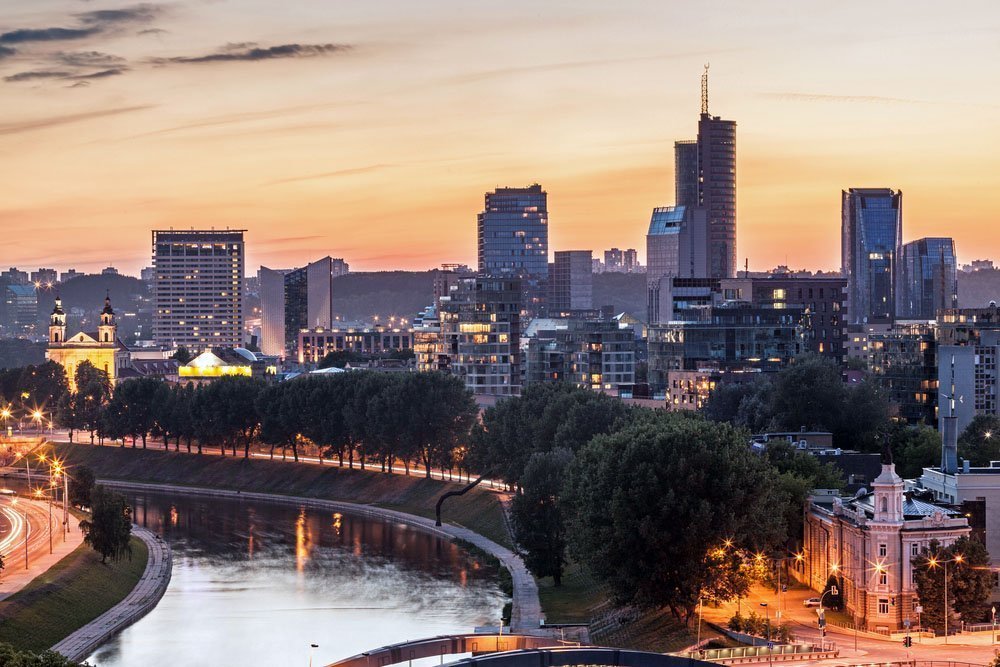 Buying real estate in Lithuania became 52.9% more interesting for the Russians in the last year. Thus, Lithuania became the first in growth in the Baltic States and the second in Europe. There were almost 26,000 requests for this country in 2013. The wish to buy an apartment in Vilnius, a city from where you can quickly get to Kaliningrad, Riga, Minsk and Warsaw, is quite understandable. Interest in real estate in Klaipeda was showed by users 3.5 times less.

17. Austria: Vienna and the Alps 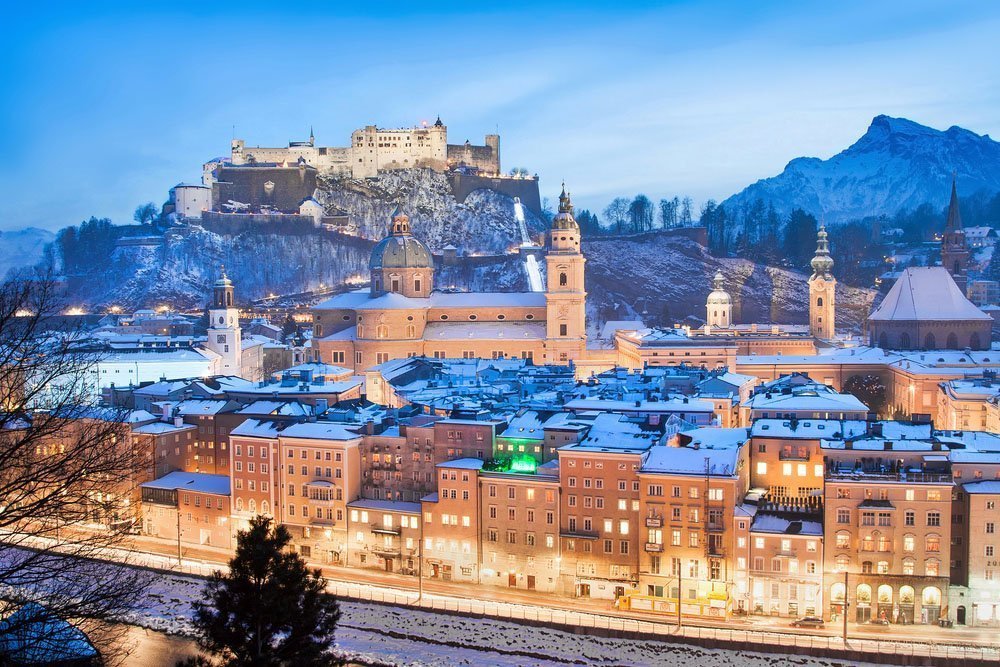 Events in Austria are not as known to the Russian public, as what is happening in, for example, Germany. Nevertheless, wish to buy property in Austria was shown 25,500 times, which is by 10.6% more than in 2012. Vienna is the undisputed leader which got more than half the requests. SEO-specialists assure that it is about finding houses and apartments, while the Russians’ desires to learn about invasive procedures did not count. In addition to Vienna, the Russians were looking for the city of Salzburg, Tyrol region and its capital Innsbruck.

18. Portugal: inexpensive real estate that no one is looking for 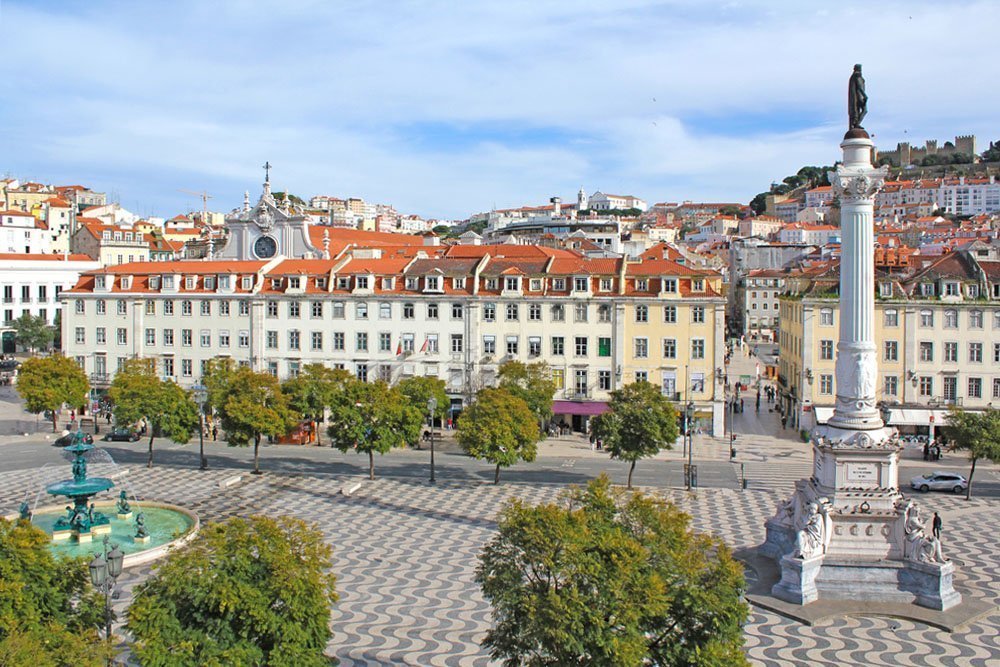 Many people dream about buying a house in Portugal, but the Russians managed to reach the keyboard and say about this desire to "Yandex" only 24,000 times. Compared to 2012, there are 33.3% of such requests more. Lisbon and Madeira became the most popular places to buy property in Portugal.

19. Serbia became by 69.2% more interesting for the Russians 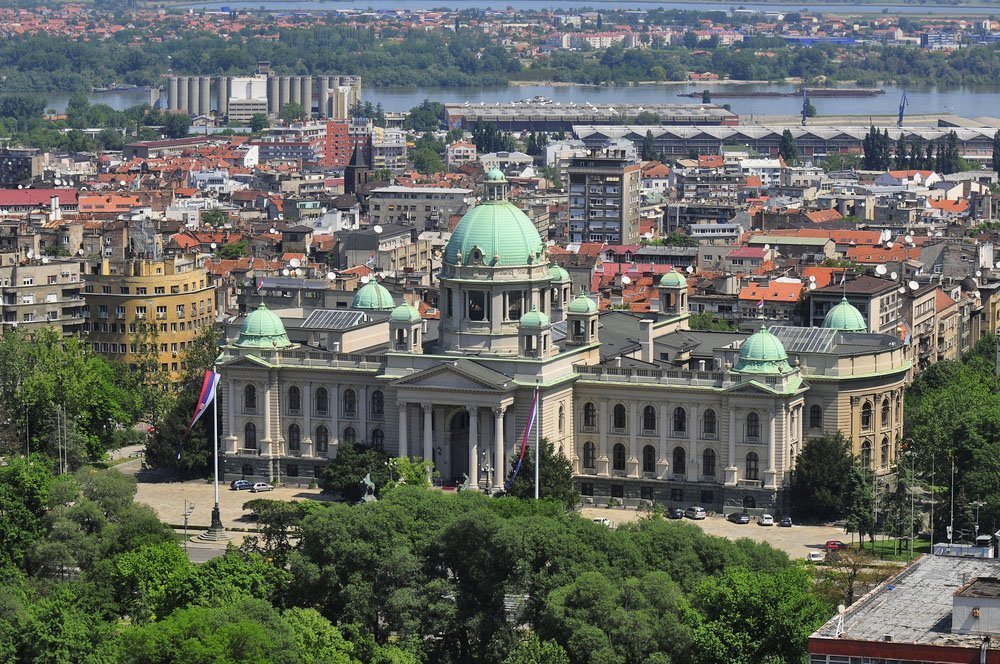 Serbia left behind all the twenty countries in terms of increased interest in its real estate. In 2013, it was searched on the internet 22,000 times: 69.2% more than a year earlier. There are no beach resorts, but you can find the Orthodox Slavs, who write both in Latin and Cyrillic letters. Belgrade (56.7%) and Novi Sad (32.7%) are in the top five of the most attractive cities. 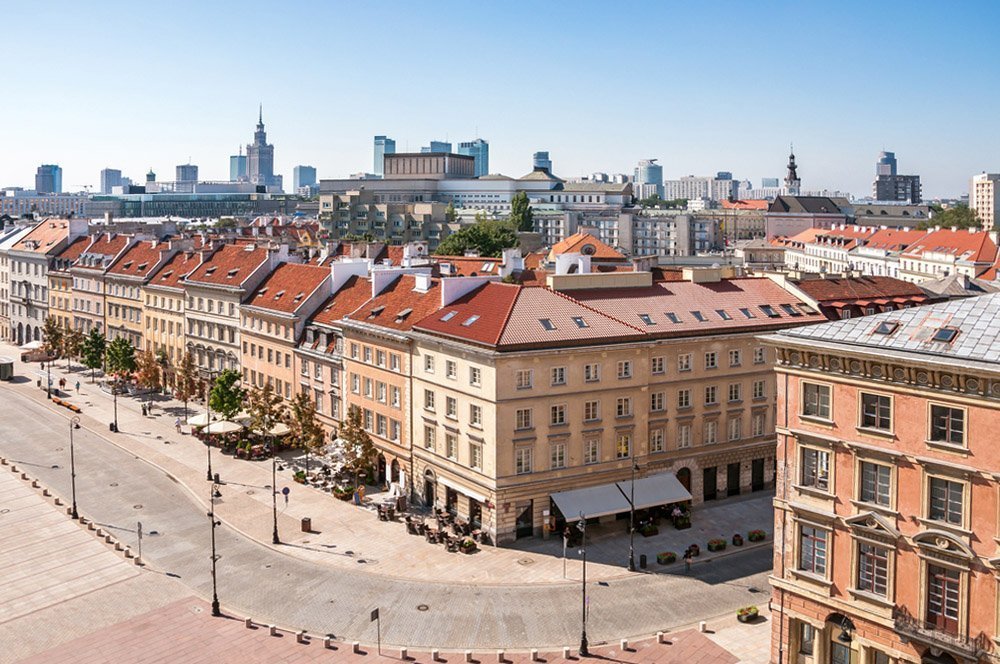 Poland closes the top-twenty of countries where the Russians want to buy housing. Up to 11,000 people paid attention to this country: that is the number of requests processed in the search engine last year. But it is a good result given the increase of 32.4%. Real estate in Warsaw, Zakopane, Gdansk and Krakow enjoys more or less good demand. Wroclaw is an outsider. 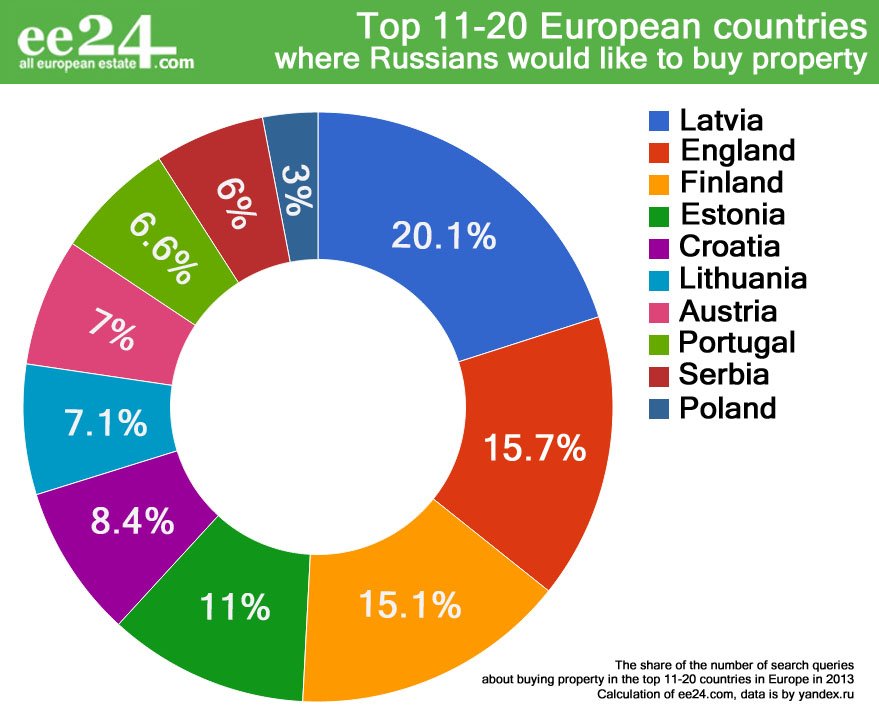