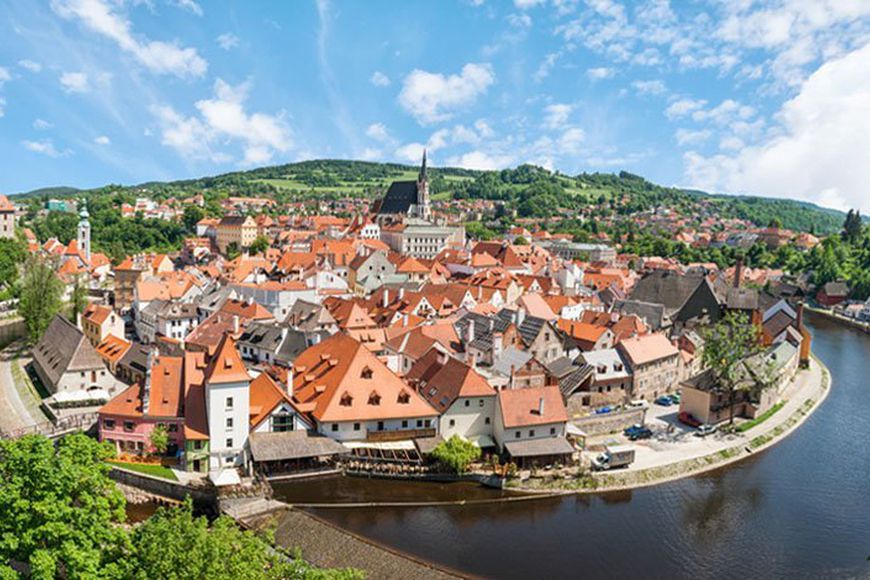 The Czech Republic is still one of those countries, which have much to offer in terms of real estate to a foreigner. It treats carefully the European Union and Russia and its housing price level or standards of living are among the European average ones.

According to the statistics, the ee24.com readers are very interested in buying property in the Czech Republic. The Czech Republic is holding the 6th place on popularity - after such heavyweights and classic directions as Latvia, Spain and Bulgaria. The main ee24.com audience comes from Russia and Ukraine, and the citizens of these countries are looking at western neighbor, when thinking about their own housing.

Pros and Cons: evaluating the pros and cons of buying property in the Czech Republic

Pluses of purchasing real estate in the Czech Republic include the similarity of the languages ​​and mentalities as well as the widespread of the Russian on SPA resorts. The local citizens from Karlovy Vary got so tired of ads, posters and signs in Russian, that they decided to legislatively force the manufacturers of these products to duplicate the foreign text in Czech. Of course, the meaning "foreigner" primarily refers to the Russian. Among other advantages of the Czech Republic for the eastern Europeans are geographical proximity (you can fly cheap, or get there fast by car or by train), the central European location (and therefore it’s a good starting point for travel), a temperate climate, the architectural beauty of Prague and an abundance of SPA.

There are also some disadvantages in buying a home in the Czech Republic. These include the absence of the sea, first of all. Nothing can replace nice beach vacation: another thing is that many people are simply not interested in this kind of entertainment and others will make an effort to cover 500 kilometers to the Adriatic - Italy, Slovenia and Croatia once or twice a year.

Cases of distaste for the Russians (or Russian-speaking) are another disadvantage of buying houses and apartments in the Czech Republic. The so-called "Prague Spring" has not been forgotten, and the responsibility for ATS staying in Czechoslovakia is often extrapolated (and will be proceeding in future) to all the Russians. The principle of non-selectivity was clearly demonstrated by the hotel owner in the city of Ostrava, who, being indignant of "the annexation of the Crimea", banned guests from Russian. However, the authorities did not allow themselves such sharp attacks. Bohuslav Sobotka, Prime Minister of The Czech Republic and President Milos Zeman are trying to maneuver between Europe and Russia: in the beginning of August, the President expressed his hope for the continuation of trade relations with Russia, believing that a short-term or in the worst case, the medium-term conflict in Ukraine makes no need to spoil good relations.

Finally, the last defect, which is worth mentioning separately, is a residence permit in the Czech Republic that cannot been obtained for buying a real estate, and the loopholes allowing to acquire resident status through a simple registration of legal entities, which do not even need to run a business, doesn’t longer work. Lyudmila Hnatova, Managing Director at Reality Future Mariánské Lázně, explains the nuances. "Owning real estate in the Czech Republic gives you the right to obtain a tourist visa to stay in the Schengen zone up to six months per year. The general path to residency is an entity registration and corporate governance. You may also purchase commercial property and register the company there or you may rent this address: in any case, the foundation of the company remains the main condition for obtaining a residence permit in the Czech Republic." In addition, among the conditions necessary for receiving the card is education, working place or family reunion.

About the market: let’s look at the prices and sales

It is unlikely that the inability to obtain a residence permit would discourage the potential buyers, especially when the neighboring countries, excluding, perhaps, Hungary, are not given it at all. The Czech Republic has a rich history, as in Soviet times it was at the forefront of the Western Front and in general, it is good old Europe, which is not particularly affected by the temporary civilized isolation. In general, it is not only the standard of living, but property prices which are comparable with the Polish or German ones, at least when talking about the big cities. 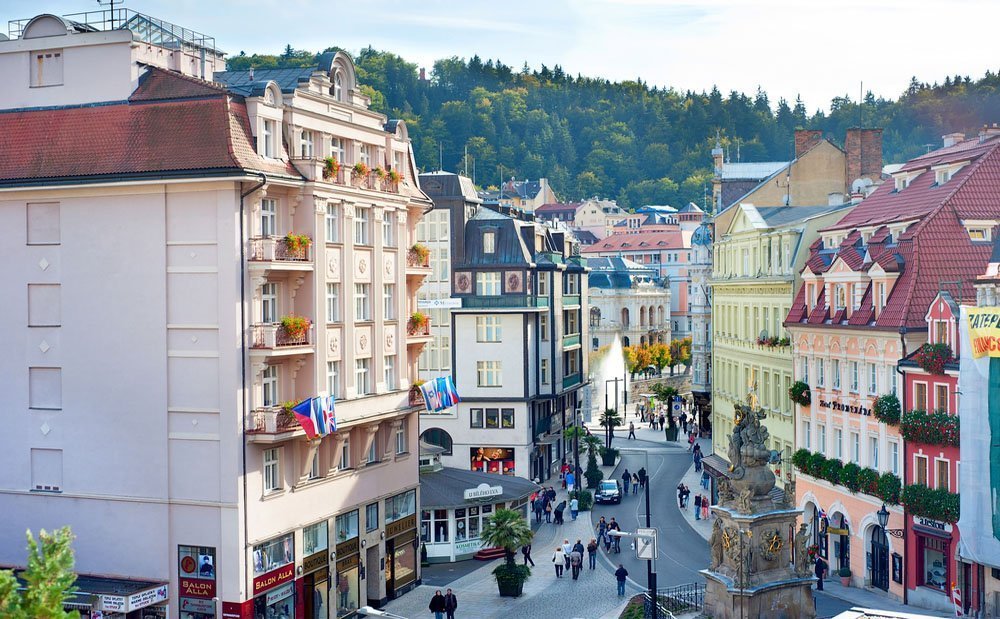 The housing prices account in the Czech Republic is performed by the National Bank or real estate and developer’s portals. Statistical Office is not involved in these calculations, providing only information about the construction: number of permits issued, including the built houses or their distribution by type and regions.

According to the Realitymorava.cz site, since 2008 the strongest prices decline in the Czech Republic was in the segment of three-bedroom apartments - to €47,500 (-38%). One-bedroom apartments fell in price almost as much or down to €29,600 (-35%). Finally, 2+1 apartments have fallen less - down to €41,200 (-33%). Since the low-cost housing in paneled unfinished houses was over-priced when the crisis began, it was a frontrunner of pricing fall. Apartments in renovated brick houses have become more affordable by only 10-15% in the last 6-7 years. And it is worth noting that in 2014, prices are slowly increasing everywhere (by 1.5% in the first quarter, according to a report from Eurostat). Square meter in the Czech Republic is now worth about €1,200, but it is a countrywide index. And then the specificity of regions and capitals are coming.

Where to buy a cheap property in the Czech Republic? The answer is: go to the little-known resorts like Beskydy, Jizera and Ore Mountains. Marianske Lazne, where the studio is sold starting from €40,000, is more expensive region. Prices for apartments in Karlovy Vary start from €80,000. In Brno that is the second country’s city; the average price for apartments is increasing and comes to the mark of €100,000. 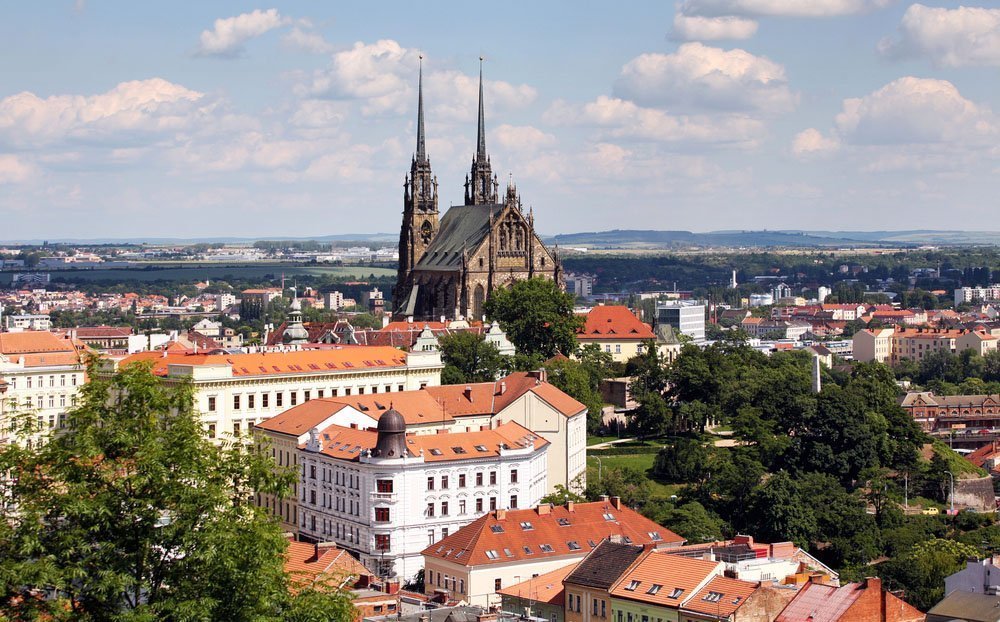 But it’s still far away from Prague: apartment in the capital “go off" for €140,000 with an average price per meter being about €2,000-2,300. The cheapest apartment in Prague is currently proposed for €43,400. Generally, the accommodation in prefabricated houses on the outskirts can be purchased for €1,000-1,500 / sq.m. Here are some current offers:

- €80,000 for 60 sq.m, a two-bedroom apartment with a balcony in Prague 8, a panel house being repaired, the subway station can be easily reached by bus;

- €80,600 for 53 sq.m a furnished apartment on the seventh floor with a beautiful view from the windows, in good condition, five minutes away from the bus stop. 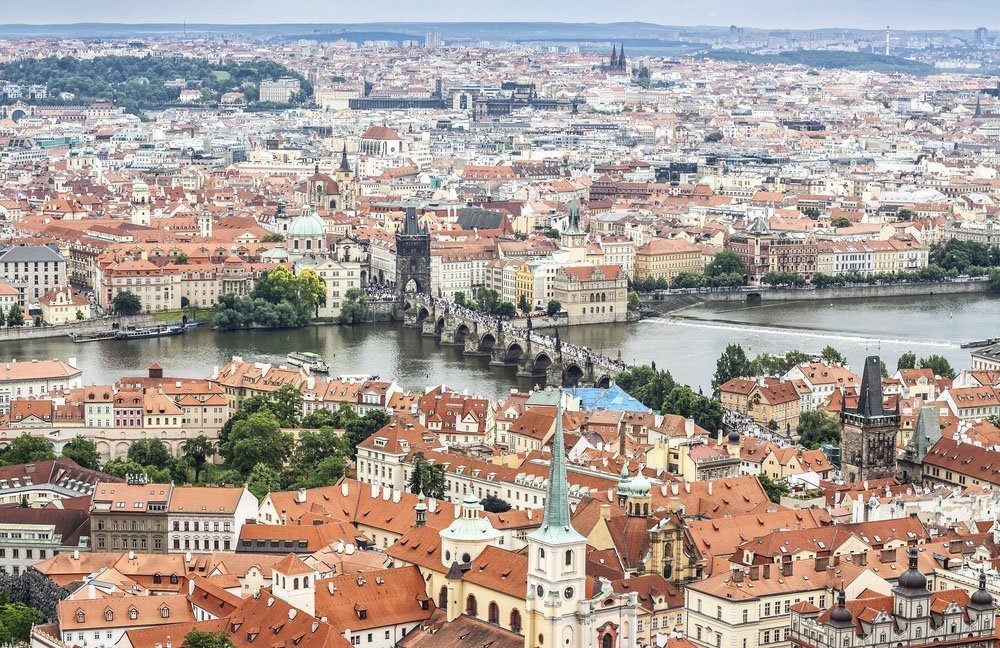 If you're wondering where to buy an apartment in Prague, you should know: the most expensive and prestigious district of Prague is the first, where the real estate is worth €5,000 per square meter, or it’s the Old Town where price comes to €10,000 per "square." A bit cheaper are the central districts numbered 2, 4, 5, 6 and 8. The cheapest accommodation in Prague is located on the outskirts: in Prague 21 you can buy an apartment even for €1,000-1,300 per square meter.

The Russians are buying apartments in Prague 5, driven by the nuances that has already became a history: Natalia Klyap, Director of DůmProspekt real estate agency, explains: "Before to buy a property in the Czech Republic, it was necessary to enter into a cooperative, so Russians and Ukrainians settled in Prague 5, where a lot of condominiums are located. Today it’s the Russian enclave of shops, beauty salons and other services in Russian." There is no need to enter anywhere today, so when there is a will and a certain amount you may join the ranks of Prague residents. Or choose an apartment in a small town - any whim is possible when you have money.