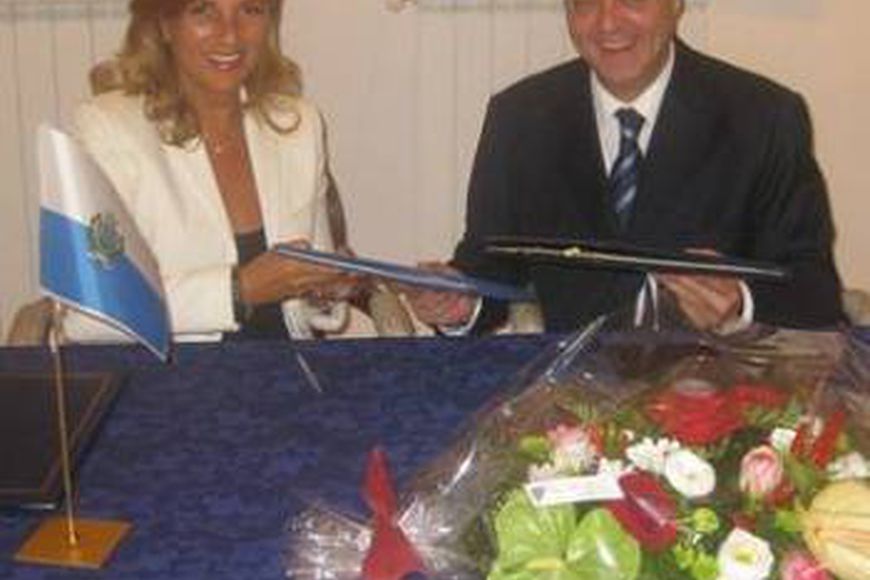 The Ambassador of San Marino in Italy, Daniela Rotondaro on August 1st., 2012 in Rome with his counterpart Ambassador of the Republic of Croatia, Tomislav Vidosevic, singned two agreements: the Protocol amending the Double Taxation Agreement in respect of Taxes on Income, signed at San Marino on 18 October 2004 and the Additional Protocol, which amends and completes the Agreement on Mutual Promotion and Protection of investments, signed in Zagreb May 7th., 2004.

The Republic of San Marino and the Republic of Croatia have signed, in the recent past, several agreements such as the one on tourist cooperation, signed in 2006, and the abolition of tourist visas, which confirms the excellent relations existing between the two countries, linked by historical ties and friendship.