Property in Bulgaria at groundwork stage: Pros and Cons 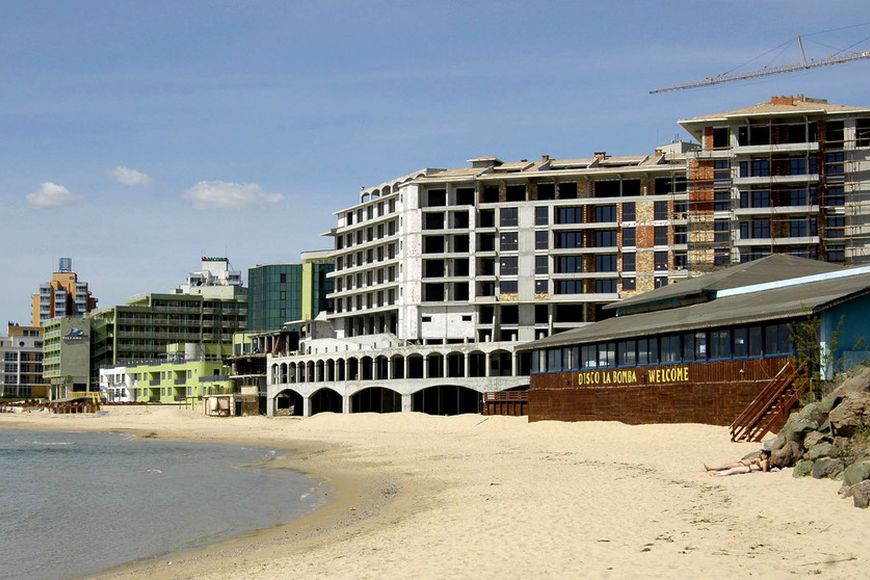 Many have heard that real estate in Bulgaria is the cheapest in Europe, and it is quite true. But in order to save even more and buy a decent apartment for the price of the car, you can pay money even at the groundwork stage. More budget options are hard to found in the EU, but in chase of cheapness there is a risk to be back in square one. Experts of the ee24.com portal tell how to invest in the construction with minimal risk.

Would you like to pay for the building, which does not yet exist? This solution strongly depends on the mentality. Europeans, for example, invest without any doubts, because the law of Western countries clearly stated all the competence and procedures in case of disputes. Bulgaria, of course, is not very successful in the regulation of this sphere. Black Sea coast was built up so strongly in pre-crisis period, that in some cases this was done illegally, just to commission the house and sell its apartments. It came to a point where the Bulgarian Directorate of Construction Control decided to make satellite photos, to compare them with the earlier images and so monitor buildings constructed without a permit.

But this does not mean that you cannot believe the developer and give him all your savings. We do often pay for something that doesn’t exist. For example, for air tickets. On how we choose the carrier, depends not only mood or comfort during the flight, but also the probability to fly without delay. Low-coasters say that they don’t take additional responsibilities when providing a discount, but the staff of respectable air companies will help, and feed, and wish Godspeed. May we extend this example on the interaction between a real estate buyer of, realtor and developer? Experts say: we definitely may. Or even must. 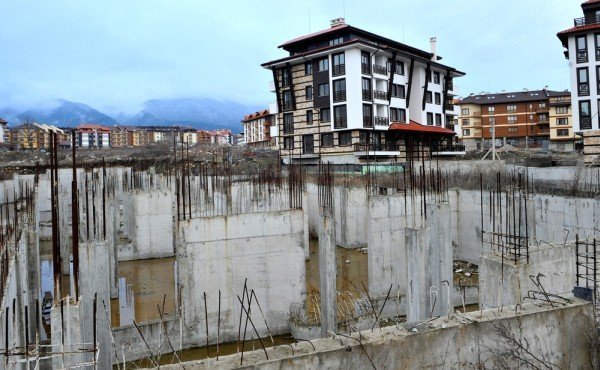 One bedroom apartment in Bulgaria worth as a studio

Buying property in Bulgaria at groundwork stage is very, very profitable. Svetlana Geroeva, real estate expert, Administrative and Commercial director at Bolgarstroy – CC BG Estates, is sure: a decent one bedroom apartment "at project stage" or "at groundwork stage" costs the same as a built spacious studio, or €30,000-35,000. Not to mention the fact that the studio "at groundwork stage" will cost even cheaper.

How much you’ll actually manage to save by buying non-existent apartment? Antonia Wirth, Managing partner of Crystal Realty (Bulgaria) and a board member of FIABCI International, believes that the difference between the groundwork and the completion of construction lies in the range of 10-20%. And if you compare with the sale of a ready-built object which waited long for a buyer, the difference will be even bigger.

The only problem is that there are not too many housing programs selling housing at the initial stage. Only when it comes to the heart of Sofia or prestigious coastal regions of Burgas or Varna, where demand is high and the desire to buy surpasses construction timeline. But may we trust to all the developers asking us to pay just for a beautiful picture? 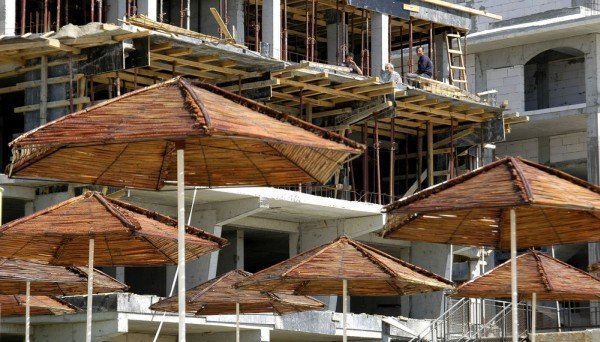 You can find housing programs selling housing at the initial stage in Sofia, prestigious coastal regions of Burgas and Varna, where demand is high and the desire to buy surpasses construction timeline

Reputation is not for sale, reputation sells itself

Experts are convinced that supporting of small business is a good deal, but when it comes to their money, they’d better invest in big and time-tested companies. Even a better case is the one proven by friends who have a positive experience of cooperation with the developer.

And the best of the best is when the authorities trust developer. Example: one company gets the land on favorable terms and in its return promises to make an infrastructure project for the city. That is how Green Life successfully sold vacation complex in Sozopol, thereafter it came to The Aivazovsky Park in Pomorie, where it intends to build up a city park. Of course, taking into account the recent sales success and social responsibility of the company, over 40% of the apartments were sold at the stage of 3-4 floors. And in total there are 6 floors.

The Aivazovsky Park in Pomorie

Another example is The Santa Marina complex in Sozopol, built by FairPlayInternational. Or better to say not a complex, but an elite settlement. The first and second stages are ready, the third is in process. The solid developer’s portfolio is supported by prestige factor: the number of international awards given to The Santa Marina is unbelievable. The best vacation complex in 2006, the best marine project in 2009, the best project in Bulgaria in 2010, the World Gold FIABCI Award in the resort category in 2014, etc. 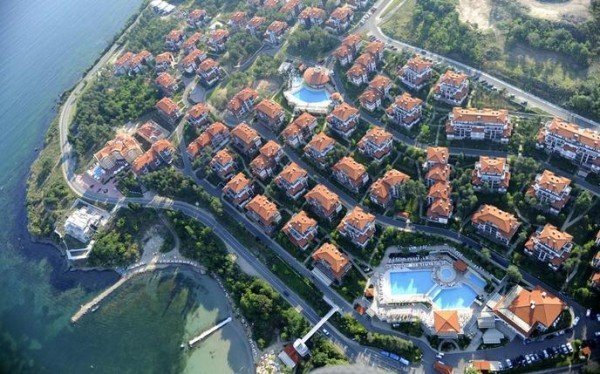 The Santa Marina complex in Sozopol

Generally speaking, problems with the choice of the developer shouldn’t longer exist, as the crisis weeded out small players, leaving only the mastodons. "First, look at the houses, which had already been built up by your developer. Usually the company itself shows ready-built objects and they are often very close to the site of the new building", Svetlana Geroeva advises.

The expert gives the examples of major projects located in southern Bulgaria: The Oasis Beach Club (Lozenets) and The Arapya complex of townhouses (under construction in Tsarevo), which are close to each other, as well as The Flores Garden in Chernomorets, near Burgas. For example, townhouses under construction now can be bought for €70,000 and more. 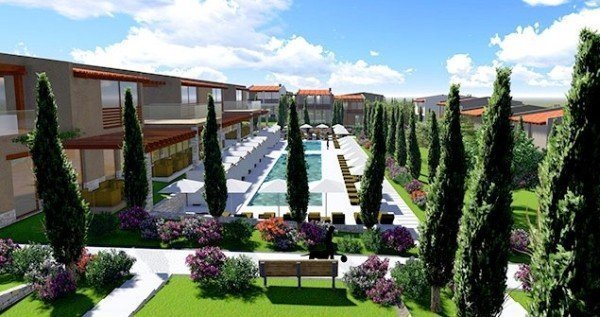 The Arapya complex, under construction in Tsarevo

Price is not the one and only advantage

This doesn’t apply only to Bulgaria, but still: when buying an apartment, which exists just as a project, you will probably be asked to choose a finishing. Do you like the green color of the walls or not? We’ll make them beige, no problem. Plumbing ordered? Well, if you think that the other firm is doing better showers...

The second advantage is interest-free loan from the developer. Not a general case, of course, but this option is widely spread. While floor is rising by floor, you shouldn’t worry about the overpayment and make payments gradually. 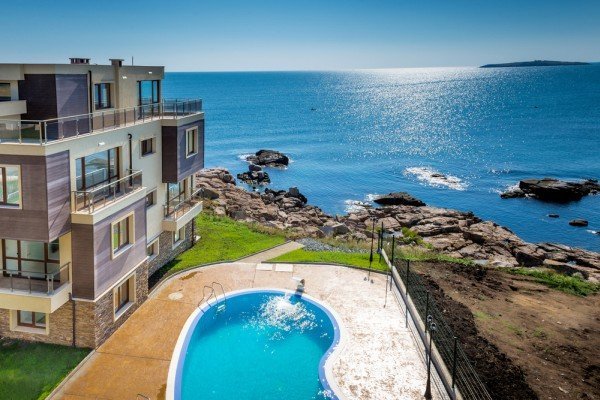 Low price, credit and variety of decoration options are main advantages of purchasing real estate in Bulgaria at groundwork stage

Buy yourself or via realtor

You may purchase an apartment directly from the developer in Bulgaria by your own and save some money, or via an agent, to feel more safe. Someone advises to apply for a realtor, as an agent always verifies the documents and is a kind of safety agent.

"Real estate agencies, which have long been working on the market, know all the reliable developers, as well as the ones who builds with own money and who uses credits", expert says.

In general, this is very good advice. The division of labor has not yet been canceled, and in addition to the purely professional realtor’s approach, you'll also get a valuable psychological support, which is important for first-time property buyers. On the other scale – money. It’s you, the one who makes a decision.

Russian interest in Bulgaria has decreased by one third

Kirkorov furnished for one million in Bulgaria